As my divorce went down, in Texas, in 2010, my ex-wife got the typical family law package. The call it the SPO or standard possession order, and it specifies the parenting plan for the future fractured family. My ex-wife has never faced a Monday night without her kids. Ever. My ex-wife has never gone more than three days without seeing her kids. And my ex-wife will never understand the pain of losing 70% of her time with the kids.

How We Opened Our Hearts to Have Kids

We eyed each other in high school, I thought she was gorgeous, she thought I was dark and rebellious. We ran into each other twenty-plus years later in the parking lot of a coffee shop and the chemistry could not have been more powerful.

“Wow, John. So what have you been doing all these years?”

She had just bypassed my offer of a handshake and pulled me in for a tight hug. I smelled her perfume for the rest of the day.

And our adult relationship began at that moment. There were some disconnects throughout the journey (See: The Big Lies My Wife Told Me) but for the most part we started dating soon after our meeting and discussions about children followed shortly. We both agreed, our children would be beautiful. Parents always think this.

It was unspoken, but the 100% shared parenting plan was clear from the earliest moments of our parenting discussions. You wouldn’t enter a lifetime contract without an equal parenting agreement. We agreed to do 50/50 on everything. Cleaning the house, cleaning the babies, cleaning our schedules of stuff that was not in support of the joint family we had in mind.

Part of my belief in the marriage was based on our desire and goals of having children together. We were both children of divorce and we didn’t want to repeat the mistakes of our parents. We agreed to always work on our relationship. We agreed to parent 50/50. We never imagined a path that led to divorce.

How the Standard Possession Order Works Out

Dads get the 1st, 3rd, and 5th weekends with their kids. Dads get one other night during the OFF week as well. And while this schedule is the most common, and said to be “in the best interest of the children,” it is lopsided and unfair. To justify some of the time discrepancies, the dad is also given an entire month in the Summer. (In my nine years I’ve never had the money to afford having my kids for a month.) When you do the math, the schedule works out to about 70/30 in favor of the mom.

In the past, moms were considered the heart of a family. Moms were the nurturing parent. Moms might be able to stay at home and take care of the kids while dad worked. And moms, in these pictures, often shouldered the lion’s share of parenting duties. In our case, we made this arrangement as a joint (shared) decision. Yes, I was going to be the primary bread-winner for a large portion of our kids infant and elementary years, but eventually, we’d get back to something more balanced.

When I began discussions about how to rebalance our marriage and financial contributions our kids were mid-year in 4th and 2nd grades. I wanted to renegotiate our plans. I had just gotten laid off and a six-month severance from Dell. I was fat, stressed, and ready to do something else. This began the fracture that led to my divorce. My then-wife did not want to go back to work. Not then, not in a year. And as things went down, she decided to divorce me and work full-time rather than negotiate with me to find a more balanced marriage.

I’m guessing that most of my readers who are women (80%) are feeling their anger rise at the very mention of this idea.

In the not-so-distant past, moms did to most of the loving, caring, and nurturing of a family. In single-breadwinner homes, this might be convenient and financially efficient. And perhaps, there are plenty of men who would rather focus on career and money than deal with the kids and the headaches of school meetings, homework, and first aid.

In the present day, dads are just as involved as moms. (Not all the time. And sometimes not at all.) As a father I was just as emotionally present for my kids, just as willing to volunteer in their elementary classroom, just as joyous about changing diapers, and just as loving as their mom. I would suspect, that “caring fathers” are just as parental as their female partners.

However, in most states, divorces start with the dad getting a less than 50/50 parenting schedule. In some cases, the split is even worse than the 70/30 parenting split I got in Texas. Some states, however, are going to 50/50 as a starting point for divorce. That’s the fair parenting response to divorce. If we agreed to have kids with a 50/50 shared plan, and we parented 50/50, shouldn’t we maintain that balance even after divorce? Yes, I believe we should.

My ex-wife has never experienced the real Monday morning blues. After spending four nights and three days with my kids and dropping them off at school on Monday morning, I was always crushed. Sure, I would see them on Thursday night for an hour before bed, but… My quality time was over on Mondays. Every other Monday. As I would drop the kids at school I would also swing by and drop off my kids’ bags at their mom’s (my former) house. More sadness and regret. Right, I did not ask for the divorce. I fought against the divorce.

A few weeks ago my son left the primary residence of his mom’s house for the first time in his 18-years of life. I’m guessing that my wife is now missing him dearly. And I’m hoping she is nurturing my 16-year-old daughter even more. But that loss, that empty next syndrome, I was hammered with that experience every other Monday. And 70% of my time with my kids, I’ll never get back. It could’ve been 50/50, but my then-wife had consulted an attorney and learned that the Divorce Brochure meant that she could have everything she wanted, regardless of the impact on her children.

Where Does a Dad Go When His Kids Are Away?

I dealt with a lot of depression related to the loss of my time with my kids. And I’m sure my wife suffered when they were with me as well. But there was no balance to the parenting plan she lobbied for. There was no consideration of my value as a parent. There was no consideration of where I would be able to afford to live after paying the $1,500 in child support. As divorce law is written in most states, the dads are not considered in the equation. Dads are not considered equal parents. Dads are given more time without the kids, TO HELP THEM AFFORD THE CHILD SUPPORT.

In my case, I lived with my sister for six months while I looked for a bigger corporate job. After paying my ex-wife from what I was making as a consultant, I couldn’t afford to feed and clothe myself, much less pay for a place to live.

Today, I’d say we made it out of the desert of the imbalanced divorce agreement with our kids mostly unscathed. I do think they would both be a bit less cynical had they had more time with me. But, that’s not what happened.

I started playing tennis again. I fired up my music passions with renewed vigor and additional time available. And I got creative with the time I did have with my children. I stood in as a 100% available single dad.

I do believe the divorce gave me an opportunity to rediscover my core-self and put them as the priority in my life. With the overwhelming details of parenting two kids, I don’t think my ex-wife ever escaped the cynical and angry mode she had come to embody over the last years of our marriage. I’m certain there were parts of her unhappiness that were due to me. And I’m guessing there are still certain parts of her unhappiness, even today, that she attributes to my not being a better man.

As a dad looks at the upcoming week with ONE KID DAY, he has to figure out a lot of other stuff to do. He has got to get his shit together in a completely different way, financially, spiritually, and physically, to carry on after the loss of most of his time with the children. Many dads don’t make it. Many dads kill themselves over custody and child support problems. It’s an epidemic. And it doesn’t have to go down that way.

Divorce is painful enough. Let’s all share the pain equally and stop putting dads in the straightjacket of the SPO and the typical child support agreement. Let’s find a 50/50 shared parenting schedule that supports the kids and BOTH parents. We’ve been suffering silently for long enough.

Dads Are Just as Important As Moms

(Exceptions for alternative parenting science, but that’s not what we are discussing here. And to the parents who are still happily married, kudos! Keep it up. I aspire in my next relationship to settle for 100% only.) 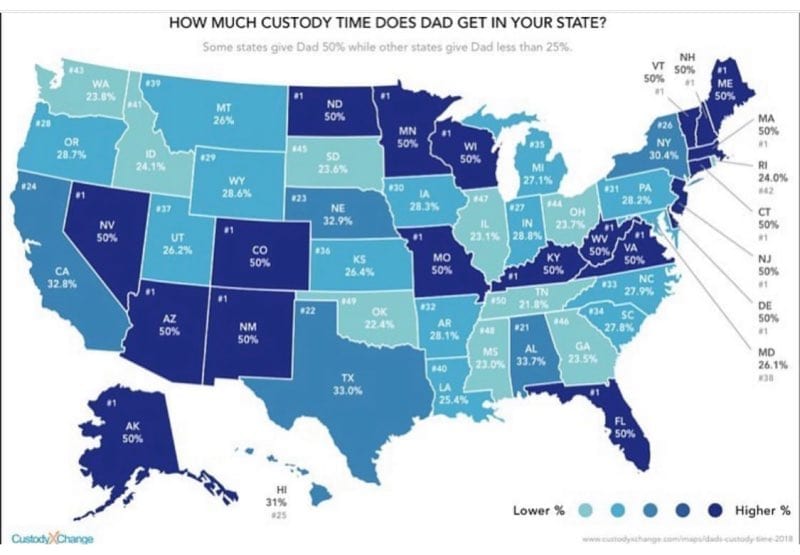 UPDATE: I shared the little montage from above with my daughter today. Here’s what ensued. 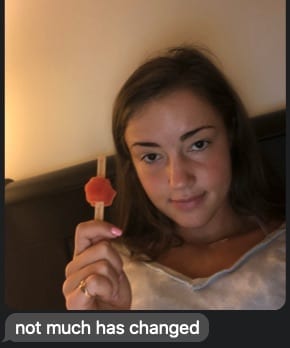 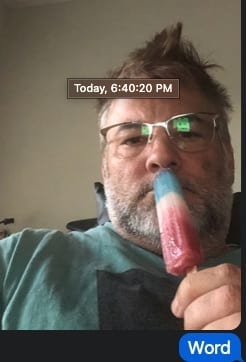 A Return to Wholeness After Divorce

Followed by the Black Dog (of depression)