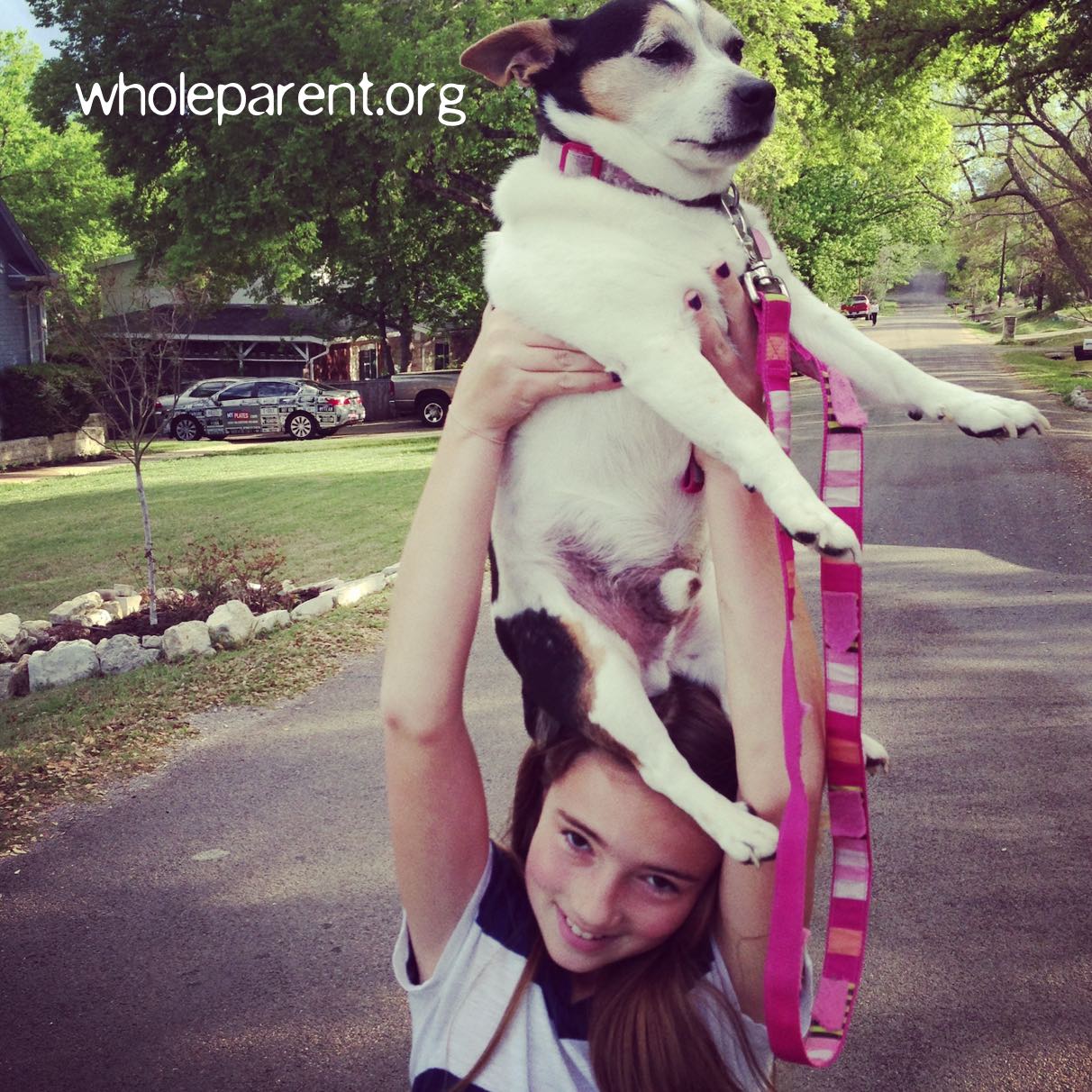 One Day at a Time
– Al-anon slogan

Today, I’m updating the al-anon slogan for my own use. Rather than “one day at a time” I’m transforming it into “every day at a time.” Here’s why.

I complain about the loss of my time with my kids. I complain a lot. I hope I’m not whining, but perhaps there’s a bit of that too. I lost my kids at 6 and 8 years old. Babies still. Malleable. Loveable. These two mini-mes were my life. Yes, my marriage was hitting a bit of a rough patch, but nothing we couldn’t weather. At least, that’s what I felt. My then-wife had other plans. Her pain was so great she was looking for a way out. In her unhappy mind, her unhappy marriage was a life or death situation. I’m not clear on all the details, but she was in self-preservation mode in her mind when she made the appointment with a divorce attorney. She wanted to get a clear picture of what she would get if she filed for divorce.

And from that moment onward she lied to me about our marriage. She slept in the same bed. She kissed me goodnight. She responded to “I love you,” with a similar enthusiasm as before. (Not a lot of enthusiasm, but enough to be passable.) She even started couples therapy with me, while she was making plans to divorce me. I’m not sure how that sat in her mind. Perhaps the therapy would appease her guilt. Perhaps the therapy would keep me from freaking out and going postal.

I’m not sure, and she’s not telling me now, but something in her fragile mind had snapped. The way forward, for her, was out. And part of her plan was to keep me in the dark for as long as possible. Her plan for the divorce was to get all of her ducks in a row (financially, emotionally, we’ll leave spiritually out of the mix at this point) and tell me once her financial modeling and divorce roadmap had been finalized.

What I got in our cooperative divorce was the standard divorce package offered to 80% of all dads in Texas. (Family law varies by state, so check with legal counsel before making any financial or legal decisions.)

The Standard Possession Order in Texas is what most dads are given. It’s what Texas Family Law says is fair. It’s considered by the court to be “in the best interest of the children.” And it’s based on old data that has not be updated in 20 years. Essentially, the idea is a mom is the care provider, while a dad is the money provider. And in Texas the family court wants one parent (the non-custodial parent) to pay the other parent (the custodial parent) regardless of their financial situation, or more importantly, their parenting skills and aptitude. The SPO gives moms the lions share of the time. The SPO gives moms a hefty paycheck to support the kids in “the lifestyle they have grown accustomed to.”

Dads Don’t Have A Chance, Without Suing Their Wife

If I had wanted to go for 50/50 joint custody, I would’ve been forced to sue my then-wife. I didn’t have it in me. We’d agreed to a collaborative divorce and I was still reeling from the “idea of divorce” much less the technical details of the divorce, to understand what the repercussions were going to be down the line.

I did not sue for 50/50 shared parenting. I regret this decision today. I am told, however, that in 2010 when we divorced, I would’ve had a snowball’s chance in hell of getting 50/50 custody unless I had gone after the mother of my children as an “unfit mother.” All that to get shared custody? Nope. I didn’t do it. I would do it today if it made sense.

Today, courts should start the divorce discussion at 50/50 and work from there. As it stands, the dads are set up to lose 70% of their time with the kids. And a lawsuit to change the SPO and standard custodial and non-custodial divorce would’ve cost me between $50,000 and $100,000 if my then-wife had chosen to fight it. Mind you, all of the cash for both lawyers would’ve been coming out of savings that we had put away while I had the big corporate job. The same job that had afforded my then-wife to meet the bus after school for over 8 years.

Dads Making Due with Our Limited Parenting Time

My time has been limited by the actions of my ex-wife. My love and my availability to my kids has remained at 100%. With the state of Texas behind her, my then-wife asked me for a collaborative divorce. She knew right up front, as she had been planning the divorce for months, that she was not going to give up her 70/30 split, and she knew that I was not going to sue her to get 50/50. And her lawyer knew if they went to court that they would win. It was all set up in advance. I was given the standard divorce package in Texas and told it was a good deal for all of us.

With my limited parenting time, I have two choices. I can get bitter and resentful about my loss. Or I can make the best of every second I have with my kids. I chose to focus on my kids and let my ex-wife had the money, the house, and the lion’s share of the time with my kids. Bummer for me. Bummer for the kids, who lost a good portion of my positive and happy influence. But that’s the way it went down.

So I have every single day to make a positive contribution to my kids’ lives. It is my responsibility to ask for dates, to give them opportunities to be together, to offer my love and support. And with teenagers, my rate of return is very low. Still, I can only ask. I don’t have the power or room to complain or be mad at my kids. Heck, I don’t even really have time to be mad at my ex-wife. What’s lost is behind us. What’s ahead holds the promise of connecting with each of my two kids in a significant and positive way.

Letting Go Of Your Ex-Spouse and Your Resentments

My ex knew I would not sue her for 50/50 custody. She didn’t want to lose 50% of the time with her kids. 30% sounded almost palatable. Painful, but well worth the freedom she imagined just ahead, as she headed towards becoming a single mom. Here existential pain was so great, that staying with me would’ve hurt too much. She survived by divorcing me. She was helped in that survival, and in her survival planning before I knew about it, by a nice tax-free monthly paycheck. Yes, she would have to get at least a part-time job to afford the nice house. But her Excel spreadsheets checked out. It was a good deal for her. A bargain she made with herself, her attorney, and her God.

The Closing Arguments of My Marriage

Was it what was “in the best interest of the child?” Debateable. Was it in the best interest of HER at that moment in time? Absolutely. I can’t fault her for going with survival. But I won’t forgive her for stealing 20% of my time with my kids, forever. She knew we parented 50/50. She knew we’d contributed emotionally and spiritually to our children at 50/50. She had to tell herself she was the better parent and thus deserved the 70% WIN, but that would’ve been a lie. A lie she has to keep to herself for the rest of her life.

For me, as a single dad, the slogan “Every Day at a Time” means I am striving to be the best dad I can, every single day. I can’t wait for my teenagers to reach out to me. I have to go to them. Meet them at their passions. Show up for them at every opportunity. I am working to be a better dad, every single day at a time.

As a certified life coach, I’ve been helping men and women find lives after divorce. If you’d like to chat for 30-minutes about your dating/relationship challenges, I always give the first 30-session away for free. LEARN ABOUT COACHING WITH JOHN. There are no obligations to continue. But I get excited every time I talk to someone new. I can offer new perspectives and experiences from my post-divorce journey. Most of all, I can offer hope.

Pick One: Divorce, Scuba, Skydiving (The Thrilling Adventure of Single-Parenting)

How a Secure Attachment Looks and Feels in a Love Relationship

The Fracture of Divorce: My Dad’s Hand On My Head, Forever