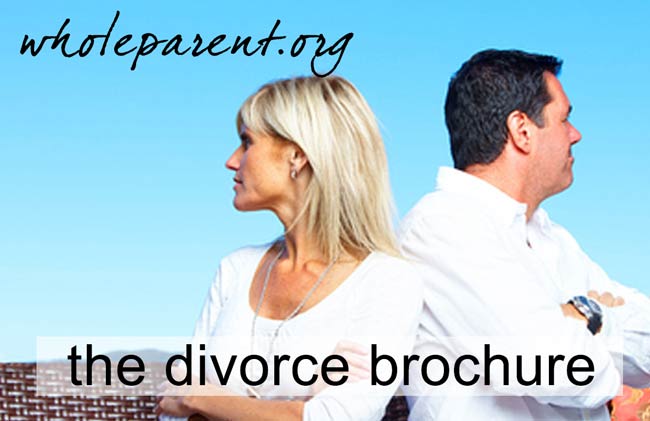 Welcome to the new adventure called divorce. Today we’re going to go over some of the basics, so you know what to expect. Don’t worry if things don’t go as planned, they rarely do. But, we hope that this brochure can prepare you for your new life, as a divorced dad.

First off, you’re going to have a lot more time to yourself. In most states, the dad gets assigned something called the Standard Possession Order. It sounds pretty official, doesn’t it? Here’s what it means. You’re going to have two weekends a month to maintain your loving relationship with your kids. The rest of the time, hey, you’re solo now, go out there and date, pick up an old hobby, join a sports team again.

Second, about the money. Well, again, most states award the mom something called the custodial parent. And you will be given the less cool title of non-custodial parent. And while these words don’t mean much to you now, if there is ever any dispute about the child support payments or their timeliness, your “custodial” parent can use the strong arm of the state’s attorney general’s office to “enforce” your payments.

You might think this function of the state is just for deadbeat dads who are trying to avoid paying any child support. But when you look into it, a lot of moms are using the AG’s office as a vindictive tool against their ex-husbands. Maybe you seem too happy. Maybe she’s mad the divorce didn’t miraculously make her a joyful person. For whatever reason, if you’re so much as one week late, she can bring the AG’s office into your relationship to soften you up, and get you to pay on time. She may not urgently need the money, and you may be telling her exactly what is happening with your work situation, and she can do it anyway. As one wife said, “It’s just like accounting. Everyone I know is doing it.”

Third point, along the journey to divorce, is the house discussion. Typically, this is the main asset the couple shares. So, who gets the house? Well, as you will learn, the courts and your high-paid parenting plan counselor will tell you, the mom usually gets the house. The line, “It’s in the best interest of the children” will also become familiar during this part of the “negotiation.”

Finally, if you are going to agree to a collaborative or cooperative divorce, there may be very little negotiation ahead. These delightful terms are used to keep the dad from lawyering up to fight for 50/50 custody. And hey, to be fair, most dads just want the time alone, to pursue other interests or go after new women, right? (Sarcasm.)

Getting Real About Divorce

If you are a dad and you’re intention is to parent your kids after the divorce in the same fashion you did before the divorce, you’re going to need a lawyer. Unless seeing your kids every other weekend is okay with you. That’s the DEAL they are going to hand you if you don’t fight. The Standard Possession Order is tried and true and it’s easy for the courts. But it’s not fair, it’s not collaborative (unless you consider picking which night you want to have the kids over for dinner during the off week, a collaboration), and it creates a major imbalance in the share of time with the kids.

A note on co-parenting: What a great concept, this co-parenting. It is certainly what we did while married. While divorced, the picture changes significantly due to the above-outlined imbalance. Co-parenting is a cooperative process. When one partner decides not to co-parent, particularly if that parent is the custodial parent, there’s not a lot that can be done by the non-custodial parent. You could sue your ex to make them include you in the things they are supposed to include you on, like medical procedures and diagnosis, class schedules and changing from advanced English back to normal English. These are important decisions, and in the parenting plan, often it is required that both parents consult the other when one of these inflection points is encountered. If your co-parent doesn’t want to include you, however, then co-parenting becomes a buzzword rather than a strategy to maintain a balanced parenting relationship.

I sincerely hope this helps you along your journey towards becoming a single dad. If you want your kids to have a balanced upbringing, your input weighted equally to your ex-wife’s input, you’re going to have to fight for 50/50 co-parenting. Anything less, and you’re going to be marginalized by time, money, and share of mind. Sure, my kids know and love me, but their young personalities were primarily shaped by the somewhat cynical views of their mom.

If there is anything I can do to help you along your journey, please let me know. I do have group and private coaching sessions for men going through a divorce, or learning to find a healthy relationship after divorce. 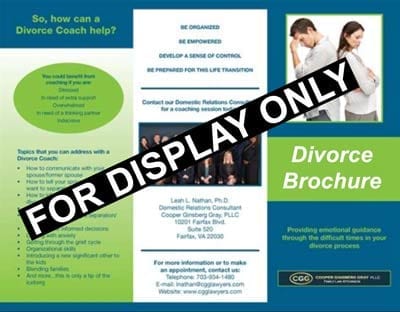 Finding Joy as a Single Parent During the Holidays: Our Celebration