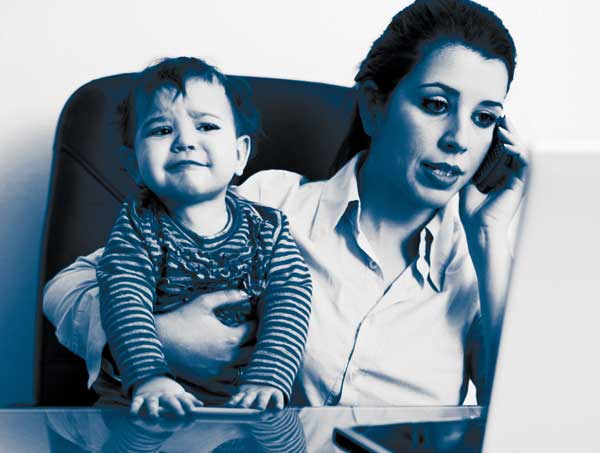 I’m not sure about “time outs.” Yes, I need downtime, I need creative time and me time, but midstream missed phonecalls, late returned phone calls or texts, and just the general “I’ve got other plans” may spell more trouble ahead. Or maybe I’m getting it all wrong.

A number of years ago, I was crazy about my partner. I was doing summersaults to keep her attention. It seemed to be working. But something was amiss. It was under my radar. I couldn’t figure out why she kept excluding me from her plans. I would ask, “Um, can you just ping me before you make sweeping weekend plans that don’t include me?” It wasn’t like we were married, but we were essentially living together, and as serious as I’ve ever been in any post-divorce-with-kids relationship. And still, there was an attitude, “I’m going to do this. Let me know if you want to join me. It’s fine if you don’t.”

And there is was. “It’s fine if you don’t.” That was the tell that I kept missing. On the tail end of each conversation about plans, she would add, “No problem if you want to skip it.” What was that telling me? You’re nice to have, but I’m just fine without you. It was a disconnect only if we were trying to build a WE relationship. If she was a ME relationship and then YOU join if you’d like, well, that’s something quite different.

Maybe it was a language thing. She often suggested ideas and said, “Or maybe not.” It started to drive me crazy in the second year of our relationship. I’d ask, “Can I make the meat sauce for the spaghetti?” And she would reflexively say, “It’s okay, I’ve got it.” I’d try again, “I’d like to help. I would like to do the ground beef for the sauce.” Again, I’m certain she was trying to be accomodating, but it was also quite frustrating, as she said, “Oh, that’s okay, I’ve got it. You go watch football.” We finally had a little fight about it. I want to help, I offer my help, and you turn me down. Why? The *why* is a bit more about the failure of the relationship, let’s explore.

I know single moms have a hard go of it. I was attached to one for 11-years. And try as I might, as her former husband, I could not get her to back off the aggressive, “I’ve got this!” response. To any request. “Nope, I’ve got it.” To any modification to our schedule or holiday agreements, “Nope. Let’s just stick to the decree.” I get it. She was struggling as a single mom. And the LAST person she wanted help from was her ex-husband. That would mean she couldn’t handle it on her own. I am projecting here, perhaps she had other reasons. And she certainly didn’t owe me any explanations.

This next woman was also a single mom. The dad was never in the picture, due to the legal arrangements protecting sperm donors. Okay, so, she was quite courageous, going for a kid all on her own. I applauded her drive. I loved her for her strong drive and love of this miracle child of hers. But there was a good portion of what was going on in her love life that appeared to be in direct conflict with her SINGLE MOM MISSION STATEMENT. She could not include me in planning. The plans were 100% between her and her kid. I was a “nice to have.” It was obvious, she could do it on her own, and she often preferred that. Some things were better left in the dark.

In her fierceness and commitment to her child she excluded all other considerations. Early on, I chalked this up to enmeshment and early dating realignments. As time went on, however, and we’d established our partnership on some levels, there was always a tension between us having to do with plans and priorities. Including your partner in your ideas about a weekend schedule, is not controlling, it’s called cooperation and consideration. It’s what people do when they care about each other. Sure, your kid will ALWAYS be the priority, but if I’m not included in the conversation at all… Isn’t that a miss?

I’ve met a lot of single (solo) moms who are exclusively dating their kids. Most of the women I’ve been around who exhibit this malfunction happen to be moms of elementary-aged boys. Very often the dad is not in the picture, either from lack of connection or lack of proximity. These moms are quite attuned to their child’s wants, needs, and basic coping mechanisms. The problem is when they become their child’s coping mechanism.

If Mother and Son Are a Bit Too Close

If your 10-year old child still needed to you lay in the bed with him every night for a bedtime story, you might be holding on to their “little” boy for some unmet need in your life. It’s true, we get a lot of affection and closeness from our children. As we put our kids down, mom and I would divide and conquer. After a 15-minute reading time, we’d come back to bed for adult time. But their NEED for us to lay in bed with them closed down around 2nd or 3rd grade. If you are your child’s coping mechanism, if the only self-soothing they can manage is crawling back in bed with you, there might be a problem.

What about potty training and breastfeeding? Aren’t these things that should be wrapped up according to some cultural norms? If you breastfeed your child well into their 3rd year, I think you might be satisfying some needs that should be dealt with elsewhere. But who the fk am I to pass judgment, or assign timelines? I don’t have a clue of what I’m talking about, but the feeling is still valid. If you’re still checking your kid’s “wiping job” when he’s in 3rd or 4th grade, you are doing them a huge disservice.

Your kid’s problems are not your own. Your kid’s sadness is not something you can magically make all better with more hugs and more kisses and more nights in “mom’s bed.” That’s not how self-soothing is learned, that’s how it is denied. Don’t over-mother your kids as they grow older. Don’t look to them to meet your needs of loneliness or affection. You’ve got to meet those needs outside of the mother-son relationship. And so do they. If the bond is too strong and too enmeshed, neither mom nor son is going to come out of it unscathed and healthy. You’ve got to pull back from your son. You’ve got to let them experience life in all its ups and downs. You can’t take on every fight for them, just as you can’t build their science experiment for them.

Releasing Our Sons and Daughters

I was prematurely detached from my two kids when they were 6 and 8. The divorce came quickly when my then-wife decided she’d rather fight than go back to full-time work. She wanted the nice house in the nice school district and she wanted to greet the bus after school. Fine. But when the kids were in 3rd and 5th grades, and I was laid off from my big corporate job, I asked if we could reset our financial plans. She said no. She wanted me to find the next big gig so she could continue her quest to find what work made her happy.

I was forced to release my kids. I have pined for the connections that were lost. I have expressed anger, sadness, despair, hopelessness. And I survived many a dark night of the soul, wishing I could still be with my kids every day and night. I was handed the empty nest syndrome by my angry ex-wife. And in this loss, I recognized the gifts of a happy and healthy parent in my kids’ lives. Even while I could not be with them, and I could not meet those needs I so desperately wanted to fill, I could give them 100% of the love I had the opportunity to show them.

Today, 11-years after the divorce, I am still building healthy and strong relationships with my son and my daughter. I did not have the option to over-parent them. I did not really have the option to object when my ex-wife performed egregious parenting faux pas. I was on my own. A single dad, with too much time on my hands, time I wanted to be with my kids but was unable to be.

Let your kids go. Let your sons fall down and pick themselves back up. Let your loneliness be filled by someone other than your kids. Let your new partner into the starting lineup. If your boyfriend is constantly benched during the game, and only brought in when the outcome has already been decided, you’re not really giving that relationship a chance. I lost my girlfriend because she would not consider me when mapping out the team strategy. And when she left me behind for a 3-week summer vacation, I guess I knew that I would be off the team when they returned.

How Are We Cheating On Our Romantic Partners Everyday?

The Divorce Ahead, Go Slow, Breathe

Depression: Yeah, Me and My Broken Leg