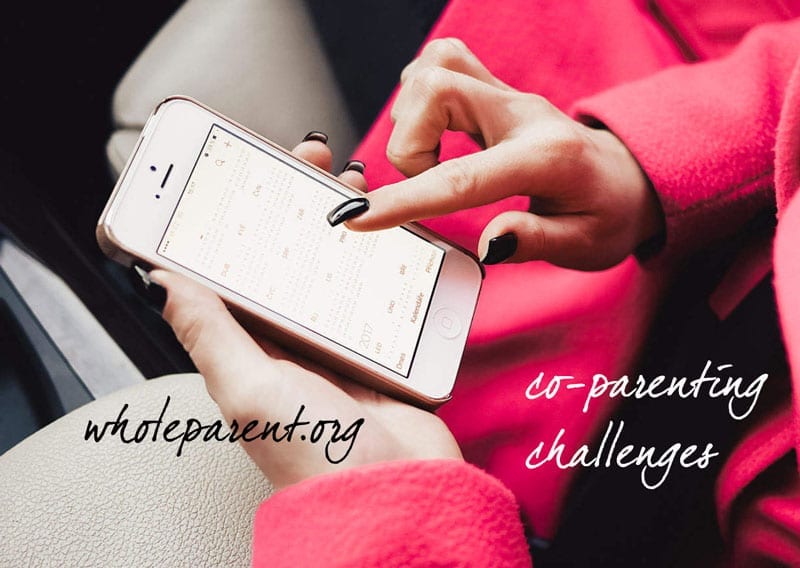 Let’s get real here. It was never “our” divorce. The decision to exit our relationship was 100% my then-wife’s call. I was still 100% committed and working on it. We were in couples therapy to work on our communication effectiveness. And the ONE ITEM she forgot to bring into the session was “I’M CONSIDERING ASKING FOR A DIVORCE.” She never said it. Never opened our counseling up for the healing that might’ve happened had she been honest about what was going on for her.

My ex-wife was not honest with me quite a few times. But there were two extreme examples of where her honesty was nowhere to be found. I learned about these slips later in our conjoined lives, and their impact has continued to haunt me. I am still cautious when taking a woman’s word about serious relationship issues, or trusting them to “just tell the fking truth.” My ex did not tell the truth.

The Three Core Lies of My Marriage

Okay, so why would I imagine that my ex-wife and co-parent would ever be 100% honest with me? She has never been truthful about a lot of things. And the lie of our divorce is only one of many integrity issues that still plague us. And, here on this blog I have strived to be 100% positive, even when things were really f-ed up. Today, I’m not so sure that a positive attitude is enough. I might have to take other actions.

So, now that our kids are older (16 and 18) my ex-wife has very little incentive or motivation to co-parent or even communicate with me. Sure, she does all the motions, with my son’s graduation coming up, she made sure I was able to get invitations. But over the years, she never even made sure I had the opportunity to get my kid’s school photos each year. Why? Because she could care less about me or my relationship with my kids. And now that she’s remarried, she’s even less responsive. But this is not about me.

My daughter tells me her mom NEVER PICKS UP HER PHONE. And it’s becoming a problem. For things like school approvals, or which soy milk to pick up at the grocery store, my ex-wife is simply not available. Even when things are “for her” she only answers when it suits her needs at that moment. My daughter was asking for ways to argue with her, since getting pissed and making rational requests was not having any effect on her ability to get her mom to answer her phone. And texts, she says, are even more pathetic.

In the same way, my then-wife took the entire marriage and future family into her hands without consideration or even discussing it with me and our marriage therapist, she is just doing whatever she wants, without much consideration how her actions, on in my daughter’s case, her inaction, affects those around her. She’s on her own time, her own private Idaho, and doesn’t give too many fks about anyone else. If she doesn’t’ respond to my daughter, why would I think she’s going to respond or even be friendly to me? I don’t think about it much, anymore. It’s so much more obvious as we now enter the 10th year of our co-parenting journey, that she really is a bit self-centered.

Is my ex-wife a narcissist?

Someone who only considers their feelings and needs in any given situation… Hmmm. You tell me.

Fear of Being Alone, Again – Humans of Divorce