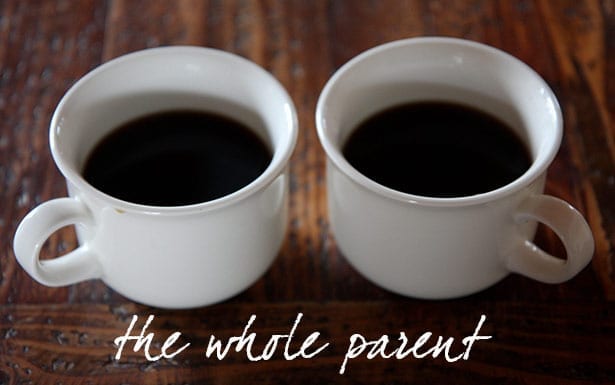 After I was talked into the idea that our marriage was unrecoverable I was asked to leave the house, to give my then-wife some “breathing room.” The stress of the shattering relationship was taking its toll on all of us. But it was March. And while I still wasn’t convinced that separating was the answer, I was certain that leaving the house while our kids were in the last semester of 3rd and 5th grade was an awful idea. I refused.

I made my case to our therapist and my then-wife, “We’ve lived as roommates for a while now, we can do another two months so our kids can reach the summer before we throw their entire world into this.”

I lost the war to save my marriage, but I won this battle with the help of our kid’s school counselor. Somehow my then-wife could hear her, “If you can wait until they are out of school it would be a lot easier for them.”

We didn’t agree, but I got my way. I stayed in the house for the next two months. We slept in separate rooms. But for the most part, when we were around the kids, behaved as if things were the same. Unfortunately they had been fairly chilly between us for over a year, so it wasn’t too much of a stretch to keep up the appearances for our kids. I still got up early every morning and made breakfasts and roused everyone in the house. However, instead of waking my then-wife with a kiss and a cup of coffee, I simply brought her cup of coffee and left it beside the bed. She had her own alarm.

I remember making the coffee each morning and as I pulled the filters out of the new package, imagining, “By the time I’ve finished these filters I’ll be out of my house and out of my kid’s lives.”  It was a sad thought, but I could look at the thick stack of filters and see that is was still a long way off.

During those last months in the house, I went through some confusing transformations. I don’t know if I was trying to get my then-wife to reconsider, or if I was beginning my own odd process for separation, but awkward moments kept happening through April and May.

Occasionally I’d cross paths with my then-wife in the hall and I’d naturally reach out to hug her, as I would on any other day. It was like seeing a deer in the headlights as I reached out my arms to hug her. “Oops,” I’d say. “I’m sorry.”

And I’d go back to the filters each morning, as some sort of symbol of the countdown of my divorce. Some weeks I would be a total butt. Somehow, I imagined, that she would be sorry that she had angered me. That didn’t work at all. And other weeks I’d be a total compliant sweetheart, stopping just short of calling her “dear” all the time. That was fruitless as well. She had already left emotionally, and I was still catching up to the idea.

So we navigated the last weeks of our kid’s school year as bad roommates, uncomfortable roommates waiting to hit the end of the semester so they could move out.

On the very last day of school, our daughter tripped and fell while going to the bus. She hurt her front teeth and we had to come together and take her to the emergency dental surgeon. We were bound in the trauma and pain of her injury and still having to make decisions as a family.

While my son played on the newly released iPad in the waiting room, my daughter screamed in the treatment room and we put the $1,500 on a credit card because the insurance wasn’t going through. We had to pay before the dentist would do the work. I felt like I might die right there in the office, holding my daughter’s hand and longing to hold my then-wife’s hand as well.

Later that night, as we had gotten everyone to sleep, I spoke to her while we sat in my daughter’s room. “I don’t want this divorce. You are what I want,” I said. “I don’t know if I can do this alone.”

A week later, while the kids were still sleeping in, my stress level was no longer manageable and I left the house with a small bag of clothes and my computer. I left the filters. I no longer had a coffee maker.

Tags: Divorce, divorce lessons, getting a divorce, my divorce story, slow down your divorce

Not Taking the Death Pony Ride into the Darkness

Loss of the Proximity Effect as a Divorced Dad