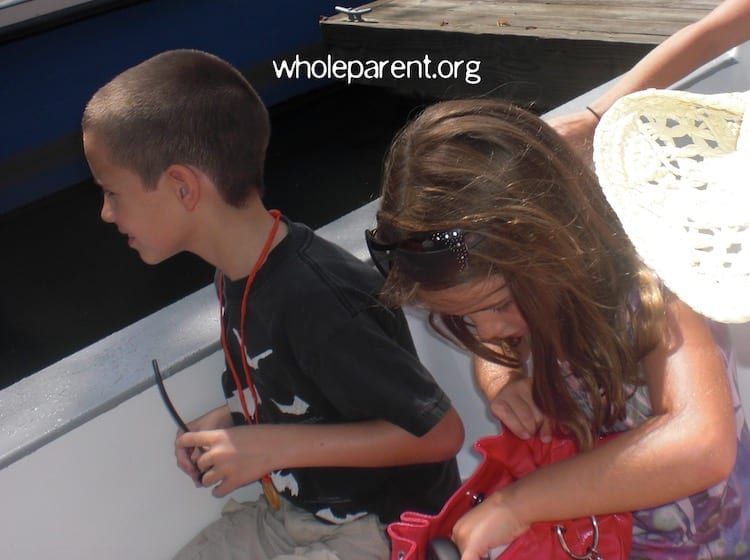 If you are the non-custodial parent after a divorce, your ex will get 2-and-a-half days with the kids for every single day you get. That’s the way the system is set up in most states in the US. And in my state, Texas, dads are on the losing end of this imbalance over 80% of the time. And what I’ve come to learn, as my divorce enters the tenth year, is that my loss of time with my kids was the single most painful thing I have experienced in my life. And… Here’s the kicker, ten years on, I’m still on the losing side of that equation. Even more so, today.

Who Gets to Control the Narrative After a Divorce?

I can get choked up about my divorce in about 30-seconds if you ask me about my kids. All of the missed moments continue to pile up. But what I was wondering about today, as I waited for the second day without a text response from my 19-year-old son, is what did their mom tell them, over the last ten years, about why and how the divorce happened? Sure, we agreed to tell the kids that it was a “mutual decision,” but that’s a lie. And as I feel the sting of indifference from my son (yes, I understand the necessary separation that occurs at this age, especially between boys and their fathers) I am curious what his narrative about his parent’s divorce sounds like.

When the kids only spend two weekends a month with you there is a lot of their lives that you’re going to miss. Even in the best-case scenario (where the parents of cooperative, respectful, and loving towards one another), the non-custodial parent is going to have a lot less connective time with the kids. The story of “why did you and dad get divorced?” is going to be largely left in the custodial parent’s hands. I don’t know what my son was told. I don’t know what his divorce story is. I only know that he is harder to reach than I had hoped for and much more distant and angry than I was at his age.

What Is the Reason You Got Divorced?

In the community of parents and friends, this is the $100,000 question. “Why did you guys get divorced?” I’m certain my kids were asked a thousand times. What I’m not certain of is what their answer was or is to that question.

Here’s why I think we got divorced.

So, what’s the reason we got divorced? We were both convinced that the other person was not going to change in a way that would satisfy our needs for trust, affection, and safety. I was demanding a change. She was convinced that I would never be trustworthy and gainfully employed (to support our upper-middle-class-mom-works-part-time lifestyle)

Is This a Collaborative Divorce or Something Else?

After the shock of her demand sunk in, we began the business of divorce. We agreed to collaborate and not seek to hurt the other parent with lawyers or deceit. As we headed down the road of separating our lives we hired two counselors to assist in our conscious uncoupling. The first assisting expert was a divorce accountant. She was skilled in running all the financial models of the divorce so we could make a collaborative and holistic choice about the money. The second assistant was a divorce therapist who was hired to help us craft our parenting plan.

While this time of the divorce was difficult and highly emotional, we did cooperate with “the best interest of the kids in mind.” The emotional rollercoaster of divorce was in motion, but we seemed to be civil and respectful of the other parent’s value and role in the future guidance and support of our children. But at the last moment… Something changed.

After we had agreed to a lot of theoretical and emotional parenting issues in our counseling session, we finally turned to the parenting schedule. At this moment, when given the choice between collaboration and balance or the divorce brochure for moms, my still-wife and mother of my children, decided to revoke our collaborative status and went for the 70/30 parenting schedule. I was ashamed by my sadness and dismay as I was told by both her and the therapist, “This is what she will get if you guys go to court.”

Even as we negotiated fairly about the money, about who would keep the house, about how our kids were the priority in our lives, my then-wife decided the kids would be better off having her as the 70% parent and me as the non-custodial 30% parent. The rage and fight had already been drained off, while I was fighting to save the marriage. At this moment, in the therapist’s office, I was defeated, demoralized, and depressed in a way that I had never experienced.

What’s Best for the Kids

The phrase is used a lot in divorce attorney’s offices and divorce therapist’s offices. We all agree to keep “the best interest of the kids” in mind. Everything we do from that moment forward is supposed to be in the best interest of the kids. Was my ex-wife’s decision that afternoon about the children’s interests or her interests? As you make the argument for something other than 50/50 parenting, you’ve got to show how (a) you are the better parent; (b) the other parent has problems; (c) therefore the kids should be primarily awarded to you, the healthier parent.

I sat in the therapist’s office with tears streaming as my still-wife talked about my depression, about my irresponsibility, about my problems. She was sharing an incomplete narrative. She was leaving out her part of the dysfunction. At that moment, my soon-to-be-ex-wife was spinning the story that she was the better parent and thus she deserved the majority of the parenting time. She knew at that moment that she was lying. She’s had to keep lying and keep buying into that lie ever since. (Is this why she is still so mad?)

In my case, I was unable to rally the energy or rage to sue my divorcing wife for 50/50 custody. In 2010, it’s likey I would’ve spent upwards of $50,000 and still lost in the family courts. There is a dark reason for this which I’ve covered in this post: What If Things Had Gone Different In My Marriage, In My Divorce.

Today, I believe the courts are more receptive when a couple arrives in the family courts and asks for 50/50 parenting. The state’s attorney general’s office does not like that option because it cuts them out of the financial incentives provided by Title IV-D of the federal family code.

In 2019, I’ve seen indications from several of the dads I’ve worked with that 50/50 is possible if a parent wants to fight for half of children’s’ time.

The real answer is, we’ve got to agree to 50/50 parenting BEFORE we have kids. That’s why I’ve written The Pre-Natal Agreement. If I had discussed having children with my future wife, oh so many years ago, and I had proposed a 70/30 split of the responsibilities and duties of parenting she would have left me immediately. We would not have had children at all unless our agreement was 50/50 all-the-way. The problem is the federal law incentivizes states to assign a parent to pay child support to the other parent. This child support transaction is what funds more than 50% of the state’s attorney general’s office budgets.

If parents began demanding 50/50 parenting and no child support, the state and federal family law financial machine would no longer get funded. Divorce attorneys would have a lot less work. But the biggest winners would be the children, who could now get equal amounts of love and attention from the moms and the dads.

The caveat everyone asks about: Of course, there are going to be cases where 50/50 parenting is not reasonable or desirable. But at the outset, if two people are agreeing to become parents together they should agree to share the parenting and financial responsibilities 50/50. Some exceptions do apply, but in my family’s case, it would’ve been collaborative and “in the best interest of the kids” to give me equal time with my children.

The Narrative of Divorce

My son got some version of the divorce story from his mom. And I agreed to go along with the party line, to protect the children from the ugly truth, and tell them we both wanted a divorce. It’s not true. And somewhere deeper in that story, the one we never talked about, there was an assumption and agreement that their mom deserved and wanted more time with them. Inherent in the imbalanced divorce is the idea that the non-custodial (30%) parent wants less time with the kids. Somewhere during the divorce journey, I left the house. I spent most of my time WITHOUT MY KIDS. Do my kids think this was an arrangement that I not only agreed to but wanted?

The Apology of the Non-Custodial Parent

I have written The Pre-Natal Agreement with the idea that couples should agree to 50/50 parenting for the rest of their future children’s lives. This discussion can happen at any point in a parenting journey, but my idea was to get couples talking before they conceive.

Here is how the unequal schedule of the non-custodial parent looks.

The 7 Things You Learn When Seeking Love Again