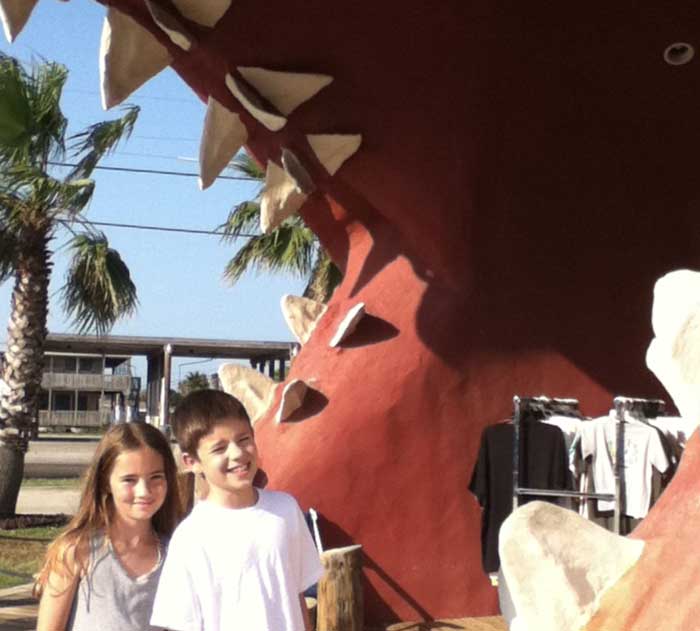 When you have young kids together, all of your focus is on being “great parents” reading the latest and greatest in parenting theory and attempting to put those ideas into action. In our case, we steeped Attachment Parenting both as a guide for growth, discipline, and discovery. The discovery happens on both sides. The more attached you become to your kids, the more they seem to respond to love and attention.

In the early years, let’s say before the kids are in elementary school full-time, things are fairly easy overall, and both parents are focused on the kids. Perhaps one parent continues to work full-time, and returns in the evenings to join the kid circus of toys, books, laughs, cuddles, and naps. And in attachment theory, the bond and love you form with your young child carry on later in life as they become teenagers and beyond. The idea is, the deep love and trust you built together, continues to hold weight with your kids as they make difficult and risky decisions. The love you make, the bond you make, becomes the strength of the relationship.

After The Unbalanced Divorce

At the official fracture of our marriage both kids were attached and healthy. The news was taken with an optimistic approach by all of us. There were several major caveats.

In one simple legal maneuver, my ex-wife ripped attachment parenting out of my reach. I would now see my kids every other weekend and one night on off weeks. The rest of the time was hers. Theirs. Traveling forward together as if I had just left on a business trip. I was effectively cut out of the plan. Somehow, she was angry about everything. She got the divorce she wanted, but it seemed she would’ve been happier to just have to go away. Perhaps her projections of deadbeat dad were more like wishes or mantras. If I would just leave them alone. Of course, she did appreciate the two weekends off to pursue a more fulfilling relationship.

As our asymmetric life began I was unable to see my kids during many of their big events. I had to lobby EVERY SINGLE ELEMENTARY TEACHER to include me in the emails about our kids and INVITE ME TO THE PARENT TEACHER CONFERENCES. It was clear early on, divorced dads have a bias against them in elementary school. (It it because they are primarily run by women? Or is it because a ton of divorced dads are uninvolved and arrogant?) Either way, I learned quickly that I was going to have to fight to stay relevant in my kids life.

It was like the opposite of attachment parenting. I was going to have to prove my availability, my optimism, and my love, even as we were only connecting on alternating weekends. Oh, and factor in the DEPRESSION that slammed me to the mat. I struggled mightily with my own demons, but I rose above my own pain every moment I had with my kids. I was still attached and trying to continue attachement parenting, but there was no time, there was very few connective threads when only weekend activities were part of our life together.

Knowing that my ex-wife was angry before she asked for the divorce, angry after she got the divorce and the conditions she wanted, and angry every time we interacted, it’s not hard to imagine that her narrative to my kids may have contained some of her own vitriol. She had the time. She controlled the school world. And she was still able to put them to sleep 10 our of 14 nights a week. And often weekends were filled with sleep overs and sports. Obviously, my time with my kids was severely curtailed. I would love to imagine that my ex-wife never let her internal demons out to bash me and some “thing” she was blaming me for, but I can’t imagine the idea of attachment parenting held much weight with her once I was out of her house.

From the 1/3 dad position, I still gave everything I had to be loving and supportive of my kids. It was not enough. I would never have even half as much time with them as their mom had. And in her skewed view, I’m certain my kids got unfavorable story upon unfavorable story. And what my wife sewed then is still affecting me and my relationship with my children, 12 years after the divorce.

In an attempt to reset my relationship with my son a year ago, he said, “There were so many times you were not available. You weren’t there.” Of course, he’s right. My heart broke under his angry and bitter memory. I was unable to be there because that’s the way it was designed by your mom. I didn’t say that. But, our relationship remains distant and distrustful. I’ve asked to just be included in his life, with occasional texts back. Mostly, I get no response. I’ll never stop sending signals of love and interest. The rage underneath his indifference is unresolved.

Somehow, with my daughter, two years younger, I was able to maintain attachment and openness. Once she moved out of her mother’s house, 18-months ago, our relationship flourished. I wish I could bring my son back in from his dark stormy place, but I suppose only time will heal those wounds.

Attachment parenting is the way to go. But, when you divorce your other parent, please consider maintaining the respect and care that you both put into parenting while you were married. One parent, weaponizing the divorce, can do untold damage to the kids.

From The Good Men Project:

Children who have or had a part-time dad struggle to understand why they feel so let down by their dad. They know that their dad loves them very much but—and it’s a big but—something is missing. And it’s only when they reach adulthood that they start to figure out what went wrong.

Experience, Strength, and Hope After a Divorce with Kids

You Are Here: Taking Stock of Your Perfect Moments

Closure with Your Ex After Divorce: Setting Up Healthy Boundaries