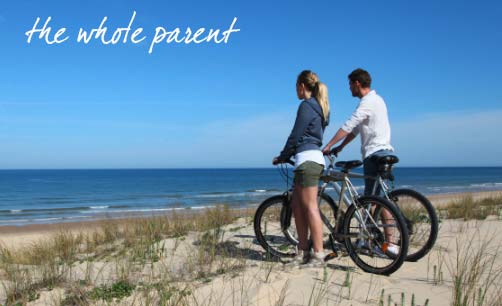 Today I rode 15 miles with my girlfriend. A year ago I could not have ridden half that distance. But she loves cycling. And I learned if I take up cycling its time spent doing something she loves, and we’re together. While I would not put cycling in my initial passions, I joined her at the point of her passion.

How many times in our lives do we have the opportunity to join another person in doing something they love? Dancing? Biking? Playing tennis? As you long to expand your time and join with this other person you begin to look for ways you can be together. And if that togetherness is bound up in physical fitness activities so much the better.

I remember in the early months of my relationship with the mother of my children, she began taking tennis lessons with one of her best friends. They loved to joke about how they were doing it for the sexy skirts they got to buy and wear. And though I give her an “A” for effort, there at the beginning of our relationship, she didn’t continue beyond the first 6 weeks. I would often ask her to go “hit” with me and the kids, but often she took the time as an opportunity to have some alone time instead.

It seemed that there was always some reason that she wouldn’t join in. Board games. “No thanks.” Swimming. “Not this time.” And tennis. “I’ll just say here.” She often took the opportunity to join as an opportunity to not join. Odd.

When the kids were riding bikes, I suggested we get her a mountain bike for her birthday one year, so she could join us. “That’s not a great birthday present,” she said. I never quite understood that response. “Um, what is…?” So she never joined us in our biking adventures or our tennis “games,” or rough-housing in the pool. She chose to separate from us.

As our marriage was winding down, she did try to enter the tennis court again. This time it was just the two of us. And I recall the feeling of sadness as we were entering the court for the first time in 10 years. I thought she looked great in her tennis outfit. And I was encouraged by her openness to “trying tennis again.” But her heart was not in it. She was doing it as a potential bridge between us, one that she chose to shut down years earlier. And the roadblock between us had become too high to pass.

We only played tennis together that one time. It left me feeling empty, as I knew she did not enjoy herself, and would not be suggesting tennis again.

In relationships, marriage or dating, we choose what activities we want to join in. And we can either look for ways to connect or we can look for ways to be separate. I believe my then-wife was aware that she had isolated too much in our marriage and that she was making an effort to come out of her shell and join with me. The effort was appreciated, but the overall effect was lost in the sea of dissatisfaction that was obvious on the tennis court that day. She had never continued her lessons, had never joined the kids and me on the court, and was not very happy being a complete beginner. It was easier not to play tennis.

It’d be easier not to get into bike riding with my girlfriend. I’ve fallen several times and have the scars to prove it. But we keep getting back on the bike and we keep making dates to ride. Today we’ve got an ongoing Sunday morning ride that we can both look forward to.

Join your partner in all the ways you can. Time together doing things you both love is time together IN LOVE. That’s how it works. And that’s what you want from here on out, a way to join in more and more of your life.

*article was originally written in Oct. 2016.

The Big Love Series (so far – in reverse chronological order)

I am a relationship coach and a dating coach. I coach women in 1 x 1 zoom or facetime calls. I work in monthly blocks (4 sessions). We establish a relationship. I become your wingman in navigating and sorting through the bullshit of dating and relationships. If you are here, you’ve probably already read some of my opinions. If we’re a fit, we will both know on our first call. For SEPT-OCT I’m offering a 1 HR introductory call rather than my usual 30-minutes.

I am also launching two coaching groups about dating and relationships in the coming weeks. One for men and one for women, facilitated with a dear friend and wellness/aging coach. Both groups will be limited to 8 participants. So join the FB groups and watch for the opening announcements. THANK YOU.

In Search of the Ideal Woman: to Rescue, Restore, and Ravish

Cracking Open the Heart of the Sky and Feeling Happy

in the clear : a poem