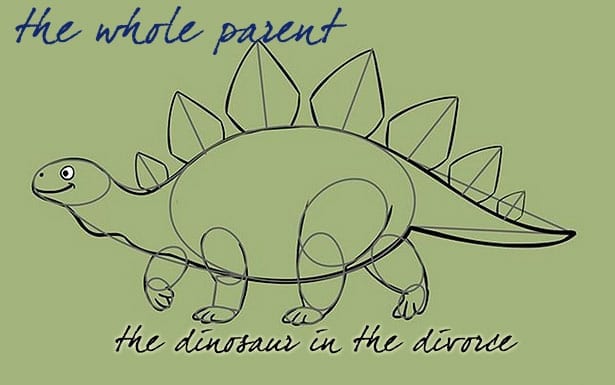 Divorce Rant 2021: I’m tired of writing about divorce. I’m tired of coaching men and women struggling with an angry and entitled co-parent who doesn’t want to share the kids or the love of the kids. I’m angry with my ex-wife who knew she was hurting all of us when she “went for the package” and renigged on our cooperative divorce and turned it into the divorce contract of Texas. Fk that. I’m tired. I’m angry. And when I coach or write about divorce, I get even more tired and angry.

I don’t think I’m still angry with my ex. She did what she felt she needed to do. It was a terrible mistake. But I think she’s paid for the transgression in anguish and karmic backlash. She can’t stand to see my relationship with our kids thrive. I think she fired up the Attorney General’s enforcement division to hurt me. I mean, she was getting the child support, the house, and the kids 70% of the time, what could be her complaint? That I was going to skip out on my child support? Not possible. That I was a deadbeat dad who was looking to abandon his responsibility? Not possible. That I was poised to be happier without her around. Bingo!

My ex-wife asked for the divorce by visiting with an attorney at the same time going to couples therapy with me. It wasn’t to save our marriage, as I was led to believe, it was to lessen her guilt at filing for divorce, and seeking legal advice without ever bringing the D word into our couples’ therapy. What the actual fk? She made an awful and selfish decision that would alter the course of all of our lives. She stole 70% of my time with my children starting at 7 and 9 years-old. While we started out cooperatively, and with a 50/50 plan in mind, she changed the rules within the final weeks of our decree. She WENT FOR IT.

Well, dear ex, I know you don’t read me, but I am sorry you have suffered for all the damange you caused. I hope you are happy. Not too happy, but I do hope you and your new husband will retire up in DC and leave Texas to me and the kids.

You’ve heard the metaphor of “the elephant in the room,” right? This is a little tale about the dinosaur in the divorce. While I work to keep every post on this blog tilted in the positive direction, there have been moments in my relationship with the mother of my children that have been less than stellar.

She’s Still Mad, But Wait, She Asked for the Divorce

When my ex-wife got mad two summers ago she threatened me when I got late on my child support payments. I had just lost a job and was in the process of replacing my income, but it was hard times. I’m sure it was hard times on her side of the equation too, and so I try and give her the benefit of the doubt every time. Even when things were bleak between us, I tried to forgive and move on, just as she was trying to convince herself that I would make good on my promise of payments.

After a few months of job hunting, I had not produced a new stream of income for us to base our shared parenting financial obligations, so in a fit of rage or an act of self-preservation, she filed our divorce decree with the attorney general’s office in our great state of Texas. In effect, she was throwing up her hands and saying she was tired of hearing my unfulfilled promises of payment, she’d rather have the state’s attorneys take over the matter of the cash flow. She used the terms “enforcement” and “in the best interests of the kids” a lot. Actually, she still uses those concepts today, in a different language.

She’s still pretty sure the AG’s office
is the only reason she’s gotten paid recently.

I had to remind her, “Um, the reason you’ve been getting paid since November is that I had a job. No cash flow, no money for either of us.” She didn’t like that answer a few summers back and she doesn’t like the logic today. Still, we have our divorce decree and we have the AG’s office tracking my every move.

I Don’t Have the Cash Flow to Live

The bad part about her inviting the AG’s office into our financial affairs is that it really doesn’t coerce me into paying more or faster. Sorry, I’ve never defaulted or delayed a payment when I had the money. I even exhausted my retirement account to make payments when my income was not matching my expenses.

It really doesn’t matter now, as it stands we have the AG’s office in bed with us, for better or for worse, for richer or for poorer, until both our kids are 18 years old.

Today I met with my family attorney and he said, “The AG’s office is like a dinosaur. Once you invite the big beast into your affairs it’s really hard to get rid of them.” I liked the analogy. Yes, that’s what it feels like sometimes, like a great big stegosaurus is sitting on my chest with a dumb smile and a “feed the children” necklace on.

Truth is, my kids have never gone wanting for anything. My ex-wife has never missed a house payment. And my commitment to pay and continued efforts to do so has never wavered. Well, except for that time a few summers ago. When she began to rattle her AG’s saber at me, I pushed back with the only idea I could come up with. I told her (this was a dumb idea) that if she “did in fact file with the AG’s office” I would ask for a recalculation of all that I have paid, and all that I should’ve paid based on *actual* income rather than *theoretical* (which I had yet to achieve since the divorce). I had agreed to pay child support based on a job that I no longer had, but under the duress of the process I agreed, even before I had the replacement job. Another bad idea.

A few rules in dealing with your co-parent:

Today, my attorney went on with the metaphor. “And getting the dinosaur to change or do something on your behalf is very hard. You can push, yell, ask, write letters, and it’s very likely that if they move at all, the dinosaur will move because of some random reason and not as a result of your request.”

He continued, “The AG’s office is really run by computer programs. When the computer kicks your name and account out because you are behind on your payments, the staff just sends out the letter. What we want to avoid is getting the dinosaur mad. If you keep paying what you can and keep paying something, when the computer spits out your name, the dinosaur will consider you a friend and not just bite your head off.”

“Your ex-wife, on the other hand, might have other ideas. But the dinosaur is equally hard to push from her side as well. You are both just kind of stuck with it, like herpes. Once you have the dinosaur in your divorce, you can never completely get rid of him.”

Back On My Feet, For Now…

The good news in my case is I got a new job that starts in two weeks. I’ve been paying her 25% of my income since my last corporate job, but it’s never quite equaled the *theoretical* job that I was supposed to land in the first few months after the decree was signed. And I will dutifully contact the AG’s office and they will dutifully withhold the child support payments from my take-home pay.

A few things I didn’t know about the AG’s collections process.

I’m lucky. I have been employed or working under contract for most of the time since the divorce. And today I’m gearing up to start a new job so that I can get some money, but more importantly so that my kids will get some money. And yes, the dinosaur will be fed and happy in the next month.

One of the Lucky Ones

One of my main goals is to keep the dinosaur from kicking out a random request to put me in jail. But according to my attorney, we’d hear the roar via at least one letter of intent before the patrolmen showed up at my door.

Always, No Matter What, Put Your Children’s Lives Ahead of the Emotional Issues You May Still Have with Your Co-Parent.

image: how to draw a dinosaur – wikihow, creative commons usage

In Search of the Ideal Woman: to Rescue, Restore, and Ravish

Who Are You Writing For?

December 17, 2021
Tags: A few rules in dealing with your co-parent, an angry coparent, anger issues, But Wait, co-parenting, deadbeat dad, deadbeat mom, dealing with your co-parent, family attorney, I Don't Have the Cash Flow to Live, my angry ex, my angry ex-wife, she asked for the divorce, she's still mad, the AGs office, the attorney general, Weaponizing Child Support, What is a Deadbeat Mom?