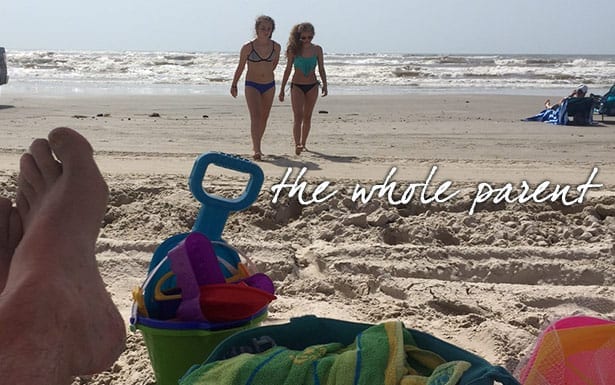 Love your kids. Respect your ex.

I felt like I had a pretty good idea of the way the divorce was going to go, once I agreed to actually get a divorce. We went, eyes wide open, into the negotiations about parenting rights, money, schedules, and I also felt like I had a cooperative soon-to-be wife who was not going to try to destroy me. The first part was true, the second part, well… Let’s see how the story goes.

Cooperative divorce is not for everyone. Some couples will have fights about money, kids, things, houses. Some couples may be able to part as friends. We decided we would put the kid’s needs above ours in every matter. That was the spirit of the start, as we began the road towards getting a divorce.

It just so happens that a lot of our individual desires can be expressed as being “in the best interest of the kids” when in fact they are just requests and preferences. AND the traditional divorce has always favored the mom-as-caregiver and dad-as-breadwinner and the legal system and precedents have all been set up with this in mind. I did not know this going into our initial discussions with a divorce therapist, who was engaged to help us through the process of setting up a parenting plan, and staying focused on the kids needs rather than our issues or frustrations.

And again, I was imagining that I had a good perspective on my own feelings and needs. I did not. I knew that I was depressed about the divorce, but I didn’t know how this would affect my negotiations and participation in the process of divorce. I thought I was going to be able to hold my own. I was not.

In the first weeks of our “planning”, we started discussing schedules and what each of us wanted. My first mistake was assuming that we both wanted a 50/50 balance in our divorce. We had decided to have children as a balanced decision. We parented them to this point in a very 50/50 style, though I would be the one making the most money to support her time with the kids. But this was a choice we made together, not just a stereotypical marriage.

Since accepting the fact that I was getting a divorce, I had been reading a lot of great books about balanced parenting, and fair divorce. When we were asked to bring in our schedule ideas I lead with a 50/50 split that had been recommended by one of the progressive books I was reading. What I didn’t know was my still-wife had gotten other advice. She had met with an attorney before we began these talks and she wanted what she knew she would get if we went to family court.

She knew this is what she could expect to be awarded if we were to go to court, so this was her starting point. This was her “best interest of the kids” scenario, as backed up and supported by the State of Texas Attorney General’s Office.

Now, I give my ex-wife a lot of credit for being organized, for planning ahead, and making great decisions both financially and about the kids. In this case I believe she was acting out of her own best interest as well as the kids, and I believe she was well prepped by her lawyer to enter the cooperative negations with this significant advantage on her side: she knew that if things didn’t go as she wanted, at any time, she could pull out and we could go to court and she would get exactly what she wanted.

When our high-paid counselor dismissed my 50/50 dreams with this statement, “That’s what she’s going to get if you guys go to court,” I should have been clued into my mistake. I thought we were negotiating from a balanced perspective. I was sad. I wanted to get out of this “fight” with as little bloodshed as possible. I did not fight when this statement effectively tossed my 50/50 schedule in the trash.

It is at this very moment, if you are going through a divorce, that you should really know your goals. I was too emotionally wrecked to put up much of a fight. Even though I had a lot of good books and experts on my side, my idea of 50/50 parenting was dismissed within three sessions. Again, I didn’t want a divorce. I didn’t want to give up my time with my kids, and I didn’t want to agree to anything less than 50/50 parenting. But when push came to shove and the counselor started telling me to give up on that idea, I accepted defeat. This moment was the darkest in the entire process of divorce for me. What I feared most was losing time with my kids. And even though I was paying half of the counselor’s fees I was given my starting point to be a lot less than I wanted.

If you are a dad and you really want to be there as much as you can for your kids, FIGHT. I did not fight because I was depressed, because I was the nice guy, because I wanted to avoid conflict. And while I don’t think my kids have suffered as a result of following the example set by the State of Texas, I do think I have lost a significant amount of time with my kids. I should’ve had time as part of a more equitable split.

It turns out, I’m going to have to go to court now, six years later, and sue for balanced custody and a 50/50 schedule. Turns out that if she’s making more money than me she should be paying me some support. Perhaps this would’ve been a better plan in the beginning. Perhaps this would’ve been better for my kids. It’s not what happened, and I’m not sad about it, but today, knowing what I know, I would’ve stood my ground.

Today’s research about divorce and parenting shows that BOTH mom and dad are equally important in kid’s lives. So if you’re heading into divorce, and you parented in a balanced way, please take the time, make the effort to fight for what you know is right. By all means, if you don’t want 50/50, you can relax and let the standard deal get established. I didn’t have all the facts in front of me, and I was at a disadvantage. So I lost.

Today if I want to reestablish a 50/50 plan it’s going to cost me money and necessitate a legal fight if all goes as planned she’s ready to agree to the 50/50 idea anyway. But you never know with my ex-wife. She’s got plans and ideas of her own. Stay tuned. And if you’re in a divorce planning phase, stay frosty. Don’t miss out on getting the time and closeness you want.

As a certified life coach, I’ve been helping men and women find fulfilling lives after divorce. If you’d like to chat for 30-minutes about your dating/relationship challenges, I always give the first 30-session away for free. LEARN ABOUT COACHING WITH JOHN. There are no obligations to continue. But I get excited every time I talk to someone new. I can offer new perspectives and experiences from my post-divorce journey. Most of all, I can offer hope.

Spread the love
Tags: 50/50 co-parenting, 50/50 custody, 50/50 shared parenting, a dad after divorce, cooperative divorce, losing everything in divorce, love your kids, my angry divorce, my angry ex-wife, non-custodial parent, respect your ex, single dad blog, what dads lose in divorce, when I lost my kids in the divorce

Dating A Divorced Dad: We Might Be Good For Each Other

The Money After Divorce Manifesto: A Neverending Story