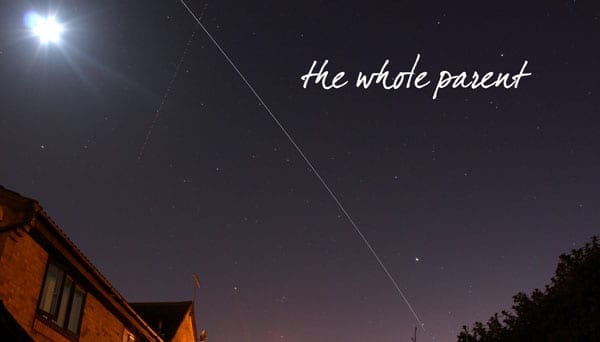 Dating is not my favorite thing. I like being in a relationship. Of course, you have to go through a period of dating to get to know someone and see if there is a mutual adoration and physical/emotional fit. And sex too.

I have only had one relationship in the three-plus years since my divorce, and I’d have to say I learned some things that I had never known about myself. I also got to feel what it would be like if I were with someone who shared my love language. AMAZING.

There was one component missing from that three-month journey. For the first month, I tried to understand what was going on with my sexual desire, because here was a beautiful woman who was admittedly crushing on me. In the second month, I addressed things more directly and tried to awaken some sexual chemistry between us. I mean, how could I not be… I mean what did that say about me? Was I in need of some kind of Viagra, at my age, for the first time in my life? Well, masturbation was still working, to some extent, so I learned it probably wasn’t that. In the third month I came to realize, that as much as she adored me, I wanted to adore her back. It was a circuit that was incomplete. She was amazing, and she deserved someone who could appreciate that in all it’s facets. Sadly, I was not that person.

And an interesting thing happened when we broke up. I realized how much I did love her, but I wasn’t right for her. We had breakfast the next morning, after “the call,” and I could truly see what an amazing friendship we had developed over the course of our courtship. There were no hard feelings. Perhaps a twinge of sadness for both of us. But we are still strong friends who encourage each other along our journey. Just knowing someone is out there who is thinking about you, is a cool thing.

A few months back I had a different kind of relationship. As my first relationship was about adoration, my second relationship was about sexual chemistry. It was a fiery six-month build up that had us both riled up before we ever had our first date. We had met over a year earlier, but things had begun to warm up between us on Facebook. She had gotten divorced. She simply said, “Hi.” And the dialogue/courtship began.

And on paper (or should I say, in the virtual world of texting and emails) we were a fit. And though I was not clear how old she was, she was a reach for a much more fit and sexual partner. It was sexual attraction first, we will figure the rest out as we go along.

Well, when we finally went on a date, it was sweet and touchy-feely and exciting. She was unafraid to tell me how she wanted to kiss me later via text. And the stage was set for our next rendezvous.

Then we hit it off. And it was a blur. I simply didn’t want to get out of bed and do anything else. We connected deeply in our desirous and unfilled centers. As we spent more time together, however, the differences also showed up. Lifestyle choices. Verbal acuity. What had been sort of open in the virtual world, was less easy in-person.

What I realized, pretty quickly, is while the sexual hunger and connection was hot, the rest of the relationship was not much of a WIN for either of us. It’s fine to sit quietly together and admire how fantastic the other person looks bra-less in a tank top. But there were not a lot of points of connection in our interests. I backed out as gracefully as I could.

But the emotional fallout was much more damaging than I was prepared for. Having ridden the high of the build and release of having this beautiful woman in my bed, I was devastated when it turned out that it was a fling and not the connection I was seeking. And there was one major wrinkle. She was a blog reader, she might even be reading this now. And one of the promises I gave her as we walked openly into a relationship, is that I would not blog about us while we were trying to figure it out. Turns out I didn’t feel comfortable blogging about/to her at all. I went dark and silent.

And dark silence is where I crumble and burn. Combine the chemical rush of the high and subsequent fall with the coming of the Christmas holidays, and my inability to write about what was going on, and it was a bad combo for me. I suffered in silence.

As I pulled my dating profiles off the web and contemplated my navel for a bit, I met a woman at a New Year’s Eve party who held an amazing attraction. She was a tennis player, so that was a first, and a fantasy. But I didn’t pursue any connection as I knew I was unavailable and wounded. And I knew all hell was still in the process of breaking loose in my personal and financial life. So I admired her and retreated into my cave of silence.

And I stumbled along and went through my next transformation and started to pick up the pieces of my life alone.

A few weeks ago I had started using a tennis cardio workout as part of my physical and mental healing process. And after the 2nd class, I realized I was thinking about the tennis player from NYE. Of course, it was a long shot, and it was initially about tennis, but I sent her a message via a mutual friend. Her response was positive and immediate. We connected via texts and the flirting went off the charts.

How fun is that? A casual reach out that produces a willing and excitable potential.

And I began to notice the things that changed in my attitude and hopefulness about women in general. Just a little attention from this very attractive woman was enough to awaken my heart to the “idea” that I could have another relationship. And it seemed there was some of that process going on for her too.

And I noticed too that my heart and mind were beginning to accelerate towards her, like a spaceship being pulled in by the gravity of a large planet. And as I opened to her potential I also sent messages of all types, like some sort of electronic scan. It is amazing how much information we can exchange in a short period of time. And while texting might get a bad rap, there is something wonderful in the considered response. As a writer, I thrive there. And I listen with more intent perhaps than I should.

So as my life force and positive energy began to accelerate in her direction I also pulled down my defense shields. Even as I professed my ability and comfort with going slow, I was finding my daily thoughts starting to draw strength from my imagination of her and our potential. Of course, there was very little information to go on, so I pressed on all channels. I sent texts. We sent emails. I shared my music.

And the messages came back in spurts and then long periods of silence. There were definite “yes” readings as well as “I’m crazy, back off” warnings. I logged all of them, but I tended to put emphasis on the positive ones. And I leaned into the gravity and allowed my romantic aspirations begin to color my vision.

Today, it’s over. I have overshot the landing and catapulted right out of her orbit on to some unknown destination. The benefit I have is momentum and hopefulness. She shared and showed me how I could light up again. She also reflected back my obsessive and overwhelming transmissions. I used her pull to attempt a crash landing and bypass all the “dating” and “going slow” that might be more prudent and less dangerous.

So as I speed away from another “potential” I am trying to be aware of the great things I learned. And most of all, I hope to make use of the momentum her gravity and ultimate slingshot has provided for the path ahead.

I need to remember that space travel takes a lot of time. There are huge amounts of time that are simply waiting. And I can do a better job of allowing the “wait” to be peaceful and less demanding. And perhaps even less draining if I don’t expend so much energy communicating and listening.

Go back to Dating After Divorce on The Whole Parent

A Dad’s Path After Divorce Is Hard and Lonely

An Intentional First Date Starts with a Kiss: Episode 7 of Love on the Air