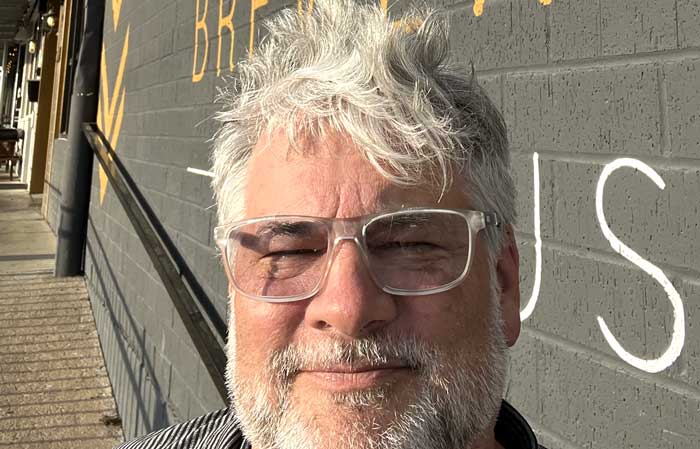 When Your Co-Parent Goes Nuclear

What’s the nuclear option in divorce? In my state of Texas, it’s just “the deal.” 80% of divorces in Texas end in the mother receiving the deal.

The bad deal for most dads

So, my ex-wife didn’t do anything that 80% of the moms in Texas are doing when they ask an attorney what they can get rather than bringing their issues into couples therapy. What’s the point of therapy if you’re not going to bring your complaints and fight to work it out? I was fighting for my marriage. She was planning for divorce. And once she’d been to see the attorney and received the “divorce brochure” she was all set. She was OUT.

I did my best to stay positive. I really did.
Even after she let it slip that she’d been to “check out her options.”

Planning for Your Divorce with Kids

Kids change the equation completely. Divorce without kids can be traumatic as well, but it’s only about money at that point. With kids, the decisions you make for or against your co-parent are lifetime decisions. When she advised both the therapist and me that she’d seen a divorce lawyer, we were BOTH shocked. We had one more therapy session, to say goodbye to our counselor and hello to the process of divorce.

I entered the negotiations with my then-wife with all the positive momentum I could manage. We agreed to an informal collaborative divorce. (This was my first mistake.) We met with a divorce accounting firm to determine our financial options. We met with a “parenting plan” therapist to work out the details of the plan and the schedule. And all through this part of the process, my soon-to-be-ex was cooperative and almost pleasant. But maybe she was soothing me before she pulled out the killing sword.

Towards the end of the parenting plan negotiation, my then-wife renigged on the collaborative deal. She stated that she wanted “what was best for the kids” and turned to the therapist and argued why we should NOT have 50/50 shared parenting. She pulled out of our deal. She went for the kill shot. And, it was a calculated move. Everything was clear in the spreadsheets about the cash, the debt, and the house. Everything was agreed to in the “plan” except the schedule. And there I was with my three 50/50 parenting monthly maps, and she said she was not going to agree to 50/50.

What my ex-wife did not take into consideration is MY PART in the parenting process. She did not acknowledge the truth about the dad I was, and the routines we had agreed to, giving her the stay-at-home role while I continued at my big job to support our nice house in the nice school district. She simply stated she wanted the Standard Possession Order. I’d never heard the term. Not yet. I didn’t know what she was saying. I was horrified. The therapist took me into another room to consult with us individually.

“Yes,” I said. “But that’s not what we have been talking about all along. I’ve been living in the same house to protect my kids from the coming gloom, I’ve been negotiating in good faith, and she’s just pulled a coup d grace.”

Still Finding the Positive in My Divorce

Maybe she did me a favor. Maybe all of my alone time, the time I would’ve chosen to spend with my kids (heck, I was against the divorce altogether) was a gift. Maybe this divorce was actually a gift. There were plenty of indicators that we were not a good fit. Our love languages were all fkd up. Her setpoint for happiness vs indignation was not nearly as positive as mine. Even her role as a parent was filled with a negative and cold strictness that was unnecessary. But, I’m not here to take her inventory.

Even today, 12-years later, this August, my ex-wife is almost impossible to have a conversation with. In-person, she plays the sweetheart, the loving co-parent, and mother. Via email and text, she is cold, unresponsive, and defensive about any ideas involving our kids. I no longer reach out to her. Of course, it took me 11-years to get here. She became non-responsive and indifferent at about year two. (SEE: Fall of the House of Dad, for a more detailed description)

What I do understand is my TIME unlocked the emotional vein for me, and I wrote. I became a writer in the flames and depression of my divorce. I processed my feelings, my ideas, and my positive strategies, right here on this blog, since 2013. I tried to be a better co-parent. I continued to work hard on my connection with my kids, even as I was seeing them every other weekend. Just imagine the deal. Now, you’re going to see your kids on alternating weekends, and one night on the OFF weeks. IT’S AWFUL. And I would not have EVER cut off the mother of my children from her children in such a cruel way. But somewhere, she must’ve imagined she was the “mom,” the better parent, and entitled to the divorce package.

I’m still connected to my kids. Even though I’ve struggled mightily since the divorce (both emotionally and financially) I’ve always put both my children’s needs before my own. Always. And in divorce, please consider this: your kids need BOTH PARENTS EQUALLY. There is no logic that gives my ex-wife a platform for her self-righteous indignation. She’s just mad and bitter. And it’s the divorce SHE CHOSE. 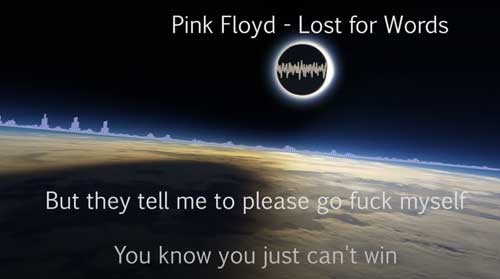 How Do You Sacrifice Your Co-Parent?

That’s the part that must be hard to swallow. I hear there is parental guilt associated with divorce. Yes, I see that. I’m very sad I was unable to keep my family together. I struggled, I got us into couples counseling TWICE, and my ex continued to drive towards a dead end. After she’d seen the attorney she knew what she wanted.

She wanted the house, the majority of the kid-time (70%), the monthly tax-free payments, and her pound of flesh. That’s the part I never understood. Unless she was so convinced that the divorce was my fault and my decision, she’s got to realize that she chose this path for all of us. Her “vision” of a better life for her and her kids did not include (or even consider) me. She went for the package. And two years later, with no provocation or major incident, she filed our decree with the Attorney General’s office for “enforcement.”

Here’s the truth: my ex-wife was not threatened by my momentary inability to pay child support. She was going to get her money, it’s the law, and it cannot be escaped by bankruptcy, only by death. She admitted I was a good dad and was doing my best. She admitted as she was warning me she was going to file with the AG’s office, “I do not think you are hiding money.” Nope, she says she did it because it made things simpler for her. ONE WEEK LATE on my child support (after explaining my employer’s cash flow problems) and she says,

“Sorry about the timing. I sent our information to the attorney general’s office.”

Again, remember the divorce was her idea. The 70/30 custody schedule was her demand. And I was doing everything I could to get more time with my kids, as she hired babysitters and jumped back into the dating pool almost immediately. I asked, “Why don’t you give the kids to me, for the evening?” I suppose it would give me too much power, too much information about her “dating” again. I was not concerned about that. I had negotiated a six-month dating rule before you can bring them around our kids.

I got the screw job several times over. And in my ex-wife’s current animosity, she is still damaging our kids. I’m sure she does not see it because she would never actively harm our kids. But she’s so unaware of her own narcissism, that she can only consider her own needs. Still, today, her actions continue to sew discontent between my son and me. She’s got a wedge and she’s going to use it.

Sure, I’m positive about my divorce. She released me from having to bow to her fury and irrational indifference. Unfortunately, my kids still have to suffer under her tyranny. Today, it’s about budgets and vacations while they are in college. It’s the same way she ruled our household, with an iron fist. She’d love to get between my kids and me again. Maybe her retirement has left her bored and she’s looking for a few wasp’s nests to knock on the ground between me and my kids.

It’s not working. My kids are now in college. They are not out of her reach. And her influence is still toxic and negative. It’s amazing to me that she considers her actions “in the best interest of the kids.” I guess her remodeling of the second home will give her and her odd husband plenty to invest in. I just wish she’d invest a bit less in harming my relationship with my kids. It is bad for everyone involved. You cannot deal out anger and vitriol without generating it inside your own heart. She’s living with what she did and what she’s doing. Her distress and karma are visible in her face.

Blessings on all parents heading into, or still dealing with, a hard divorce with kids. I’m here to talk. The first call is free. I can offer hope and ideas for navigating the most difficult co-parent behaviors. Divorce is hard on everyone, please don’t use your former partner as a target for your rage and frustration. Especially, if you are the one who drove the divorce trainwreck.

I Am a Happy Single Dad

I am a happy single dad. I wished for something different. I negotiated for a better plan for our kids. I’m still happy. And as my kids leave their mom’s nest, she must be feeling even more anger. I’ll leave that to her and focus on my kids and our warm connection.

The Money After Divorce Manifesto: A Neverending Story

August 17, 2019
Tags: 50/50 co-parenting, 50/50 parenting, 70/30 parenting schedule, a difficult co-parent, asking for compassion from your ex, austin co-parenting coach, choosing the positive, co-parenting, co-parenting issues, dads divorce blog, depression and divorce, divorce with kids, empathy for my ex-husband, empathy for my ex-wife, happier after the divorce, happy single dad, humans of divorce, I Am a Happy Single Dad, I am positive, my angry ex, my angry ex-wife, my divorce story, non-custodial parent, Planning for Your Divorce with Kids, positive divorce is possible, postive divorce, self-care, Still Finding the Positive in My Divorce, The bad deal for most dads, When Your Co-Parent Goes Nuclear, why do ex wives feel entitled, why is my ex still so mad, why is my ex-wife still angry