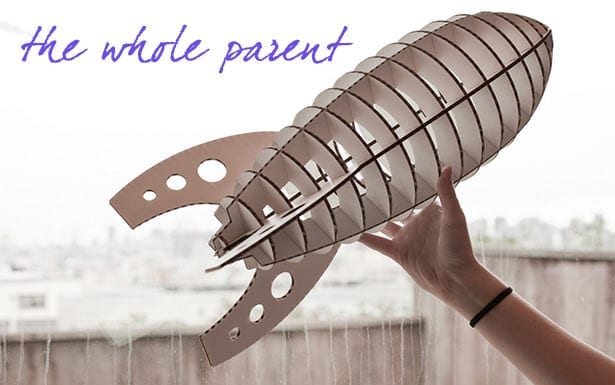 I did not want an incremental win. I needed a massive win, so what was required of me, as the captain, was massive action. I had been on this oxygen-starved shelter (mom’s house) for nearly an entire year. The options for #relationship were a joke, though I sort of tried. The options for employment were plentiful, but I needed a pretty substantial sum of money to be able to pay my child support and head planetside again.

So for the full of Spring, Summer, and Fall of 2014 I worked. I studied. I worked out. I joined the online dating community, I took a break from the online dating community. I started a relationship with a woman who continually told me she didn’t want a relationship, but she was happy to have relations with me. MEH. I had job interviews out the wazoo and all of them seemed to progress swimmingly until the final offer was due and did not come.

I understand I’m a risk. I’m a syndicated blogger. I’m a single parent. I’m opinionated and subversive and vocal about my political leanings. I tried to separate my personal from my private online, I made my Facebook page private and “friends only.” But still, nothing seemed to work. In fact, a lot was NOT working.

On the other hand, a lot of things were going to plan. Maybe not at the speed I would’ve liked, but the time alone gave me plenty of opportunities to get my shit together, as they say.

I found my second relationship a non-starter even though we tried through several months of the summer. I upped my commitment to exercise and physical improvement over the summer, and in October I launched a new blog specifically around wellness, fitness, and healthy eating. And I continued to work the web and my network for opportunities.

And in the early days of November, I got a call from a former colleague about a client of his who needed someone to fill in on their social media team while they tried to replace a senior staffer who had taken a new job. And one interview in and I was given a contract for 100 hours of consulting. (That’s a big deal.) Christmas, as they say, was saved. And I guess I did a good job because before the end of November I was asked if I would sell them for another 100 hours in December. Of course. So I closed out 2014 with both the joy of new work, the inclusion in a virtual team, and a lot of alone time to contemplate what in the world I wanted next in my life. All of my life. Each part of it.

In November I chose to disconnect from the dating scene. I not only shut down my profiles on OK Cupid and Match.com, I simply quit thinking of myself as looking. I mentally closed the energy leak that was “hunting for a mate.” I chose to redirect that energy towards completing the freelance/remote job at the highest level and continuing my quest for meaningful work. Or at least, work that could provide life support services.

And there was a pause. A great pause. A moment of joy and celebration at Christmas that signaled the phase change that was about to begin. We were in our survival base, we were together, along with my mom, and we were enjoying Christmas. I had money in my pocket, I was able to buy the kids a few extra things for Christmas, and we celebrated the coming year together. The kids went back to mom’s for New Year’s Eve and I went to a friend’s house to see if there were any interesting women to talk to. Still off the market, in my mind.

As I left the party around 10:15 into the biting cold and drizzle, I said a prayer of thanksgiving. I was so happy with my life at that moment. Even alone, even at my mom’s, even as I knew from the client they would no longer require my services in January. Somehow, I felt that everything was going to plan. I have no idea where I get these positive-for-no-reason tendencies, but I leaned into the cold coming of 2015 with a joyful heart.

And then everything changed.

Recruiters had begun calling in December. It seemed the job market was coming back online after the holidays. I had several interviews. I made it to several second and third round meetings. And in a miraculous series of events I was offered a full-time position at a company that was only a few miles from my old neighborhood. YES, I said.

In the first week, as my job started I started looking for a new rocket ship.  There was no delay this time. The new company was solid, my Huffington Post writing was known, my single dad status was also already part of my profile. Right away I knew this company culture was a winner. From the daily lunches to the drop-by traffic at my cube, I felt I had found my new tribe.

Today, this very morning, in fact, I have begun the process of warming up the rocket ship, the new house, for the kid’s arrival tonight. It’s like an old country and western song, I got my job back, I got my house back, I got my dog back… And… There’s more. But the co-pilot story is still developing, so I’ll keep things simple.

I also rejoined the tennis club that I lost 5 years ago when I left my home for single-dad-hood. I’m even closer to the courts this time. Much closer. It’s a nice walk across the river to the well-lit green hard courts that had kept me sane for much of the hardship of a difficult marriage.

So what makes a marriage difficult? Kids? Money? Power struggles?

For us there seemed to be a tipping point after the kids were packing away each day to elementary school, there seemed to be a new opportunity for growth in our relationship, for time to connect. And even while the poor economy was hitting us in waves, I could see the eventual goal and recovery. I could also imagine the eventual recovery of our love for one another as well. But something got in the way of those plans.

As I was involuntarily separated from my big-corp job at the time, I also came to understand that the price I had paid was too high. We couldn’t live in our neighborhood and thrive on my income alone, even with the corp gig, we were living just outside of that SAHM dream. But I think my then-wife’s desire for that lifestyle was strong. Perhaps she had gotten the idea when we met that I had enough money to make that happen for us. And had things gone to plan, it’s very likely that we could’ve managed that ideal dream for a longer period of time than we did.

But at the moment of truth, when I was given six months salary with benefits, to leave the job that had shown me the classic “hi honey I’m home” American dream, I was pretty clear that we needed to work out a more equitable split of the financial requirements of our marriage. And I think we had vaguely agreed on this principle. As in, “when the kids were older she would return to full-time work,” but I don’t think she was ready. Or I think the unexpected loss of the secure and plentiful fuel source freaked her out a bit.

Rather than lean into the future together we began to lean in different directions. She became madder and madder that I wasn’t able to simply replace the income. I was confused because it seemed to me that I had been given six months to figure out my next move. I think that was the idea behind the severance and career counseling we were offered. I got a good deal and an opportunity to reassess. What I got in my marriage was a come-to-jesus moment where I expressed optimism about the future and our ability to rejigger the income sources and where she expressed, “Holy shit, you need to get another job, and quick!”

In the drama that ensued over the next year, our separation anxieties got worse, not better. She dug in her heels and did not earn any income for the next 12 months. I started a social media blog and got my writing chops honed and began working to find the next “sustainable” job. The severance ran out, the healthcare benefit turned into a very expensive Cobra payment, and the job market did not offer me any quick wins. And while she claimed to be looking for work as well, she was also singing a song about re-setting her career and trying to find a meaningful new career, and basically pushing ever harder on me to replace my good job.

That’s how the first home base became a hostile environment for both of us. We labored to keep the kids out of the fray and we began couple’s counseling two very different perspectives. Again, I was optimistic and hopeful. “Things are going to work out.” She, on the other hand, expressed anger and cynicism at the idea of counseling. “I can’t believe we spend this much money on counseling and we can’t even earn enough money to support ourselves! Maybe if we worked more and did less therapy we’d be better off.”  It was a no-win scenario. And in the end I was the one who lost.

And in the last 10 months, living at my mom’s house, I have been strategizing about my new plan.

And here we are… The future begins now. 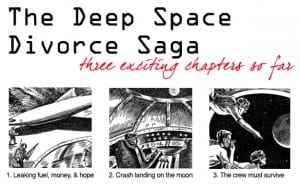 Five Reasons to Slow Your Roll when Dating: Sex and Dating

Men and Divorce with Children: My 9-year Retrospective