So we are starting on the same page, here are my quick notes of this amazing video on creating and sustaining long-term desire within a relationship. The secret to desire in a long-term relationship | Ester Perel

“Sex isn’t something to do, sex is a place you go, together and in yourself.”

In her studies, she asked what made a long-term partner attractive again. Here are the typical responses.

There is a big difference between needing someone and desiring them.

“There is no neediness in desire, no caretaking.”

I have examined how these concepts played out in my marriage and subsequent divorce. I’d like to dig into the attractiveness section for a moment and see if there are things I can learn and put into practice in the coming year, as I open up to the idea of seeking another relationship. (I’ve put “dating” on hold in the last few months in order to gain some perspective and insights, if possible, into my own patterns and what was not working. Because it’s not working.)

That was the word that hit me when watching this video. When someone is really in the element they radiate. What is more critical for me in 2015 is to radiate with my joy and creativity. When I shine I show up with as much of my potency and intention as possible.

When I’m doing more of my thing, I’m more attractive. I often show up with a lot of joy. But when I’m glowing with my creative talents as well, my concept is that I will become irresistible for someone. What I’m looking for is resonance.

Resonance in a relationship: When the warm vibrations put out by one partner enlivens and sparks the other partner.

When this resonance is lost, or nonexistent, a creative soul begins to doubt the connection between himself and the beloved. In my life, I’ve had one experience where I believed I was enjoying full-resonance. I married this woman and had two wonderful children with her. Long before the kids were added to the equation we basked in our mutual illumination and creative energies. The weekends were a sort of sacred time.

Our typical Saturday and Sunday revolved around some kind of shared breakfast with plenty of coffee and a conversation that often went like this, “So, let’s touch base later in the afternoon, and see if we’ve got anything going on.” And with that, we’d go to our separate artist studios to do our thing.

“And if something’s really burning tonight, just go with it, I’ll bring you food,” I would add. This mutual support and appreciation for alone time, creative time, was one of the resonances we enjoyed as our relationship deepened. 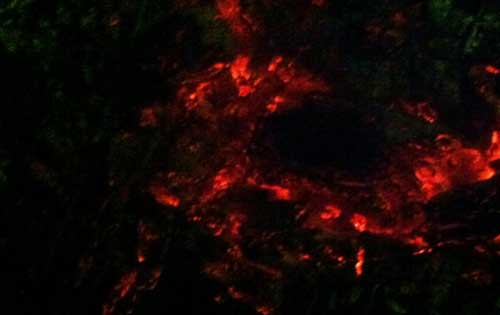 The Fire Begins to Smoulder Rather Than Burn

Somewhere along the shared path, several years and two kids later, we began suffering from a lack of resonance. While we were both reforming our identities as parents with creative ambitions we began to reframe our lives and priorities. It’s hard to dissect exactly how or when things changed, but at some point, my creative projects and requests for creative time in the studio became threats rather than celebrations. As I worked to maintain my dad role in addition to my musician role, I began to capture my alone-creative-time from 10:30 (when the kids were finally asleep) to early morning. Consequently, I would look for nap opportunities during the weekend. But somehow naps were bad, in our relationship. What?

Missing the Lover for the Chores

Call it whatever you like, but the weekend conversations changed in tone and went something like this.

“So what are your goals for the weekend?” she would ask.

“Um, some rest, some creative time, and a little lovemaking,” I answered as playfully as I could.

“Oh.” she would say. And then nothing.

So we’d go along for a few minutes and I’d invariably ask if I didn’t want to get into a big fight. “And what are your plans, dear?”

“I want to clean out the garage and get some new drapes for the bedroom.”

“Okay. Um, and I’m guessing you need my help on the first one. So… When would you like to work on the garage together?”

“Now.” And that would reorient my ideas for the weekend.

Somewhere along the parenting process, she lost the resonance with our shared artistic visions. Or she sublimated that vision for something around her role as a parent. And while the friction was minor in the beginning, it began to wear on us both. She seemed to always be asking me to help with a weekend project, complaining about my naps and requests for evenings to play music. The conversation would often end up with  her expressing frustration at my lack of “responsibility.”

But it’s the lack of resonance that began to really hurt emotionally too. I began to find my stride again, in my 11 to 2 am sessions and I would often bring a new composition in to share. She stopped listening. The love songs I was singing fell on stone ears. And it wasn’t as if she was chained to the stove or scrubbing the floors. We had housekeeping support. We had our bills paid. We were entering the next phase of parenting: settling in after the mind warp of early parenting. But somehow she never returned to her creative space. And she resented mine. As things devolved, it seemed like my musical endeavors were threatening, in some way.

When Did Your Heart Go Missing?

She had lost her own radiance and was no longer willing to be rewarmed by mine. There was zero resonance between us. That became a fracture and a loss that we were unable to recover from. Only after the divorce was I able to refind my musical voice. And in the last few years, I’ve begun to radiate again with my musical joy.

I’m looking for another creative person. Someone who stands in her own power. Someone who resonates with her own mojo and is not threatened by mine. I want to start a symphony here on my own and find a co-conductor for the second movement.

One last note from the video about what causes people to fall in love.

Factors that Determine Why You Fall In Love

So with this new information, I am formulating a revised plan for 2015. Rather than seeking so much, I’m going to work on my own radiance. I’m going to sing and perform with more gusto and more frequency. I’m going to continue to improve my fitness and energy. And I’m going to be listening for another strong voice, that I can join with.

The last item, “complementary brain systems,” seems deeply revealing. The idea is we tend to gravitate towards others who have a similar education and intellectual focus.

I have been thinking about a term I read recently about a “free soul.” You recognize a free soul when you see one. They are the people who are noticed when they enter a room. Energy surrounds them with sensuality and joy. I’ve recently run into a woman in my workout group who’s a free soul. She’s married, but even so, there’s a chemistry between us that is different in tone. I can see her clearly. And in her, I can recognize another free soul and her beauty and energy gives me a clear model for the lover I am seeking.

Finally, this brings up the concept of dating vs. relationship again. If I am genuinely looking for a relationship and not just a date, then my concept of holding out for resonance becomes more critical. I’ve had a resonant partner once before. I know how that feels and how transformative that can be for both people. Anything less than that is a distraction.

Giving Up the Ghost of Your Love

What A Single Dad Wants In the *Next* Relationship

The Little Oblivion I Seek