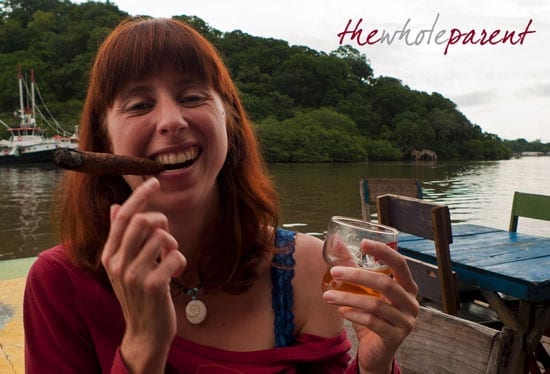 First dates. Oh boy. They always teach you something. And even if the wine flows, if you stay sharp, you can pick up on signals… or think you can. And as a learning individual, I am getting closer to the present moment of dating, or dating in the moment,’ than ever before. Last night, for example, a Match date finally agreed to meet up after weeks of back and forth emails. And the date was set, and we began some playful banter a few hours before our rendezvous.

“Do you like cigars?” she texted. “You’re date tonight…”

“Very much. A bit of a hobby. Not an addiction.”

And we were off to the races for our first “hello” date later that evening.

When we finally met over a glass or two of red wine I was curious to watch my own reaction and responses to her. I was sort of in observer-mode, but also very much open to whatever the present moment would bring.

I noticed right away that she was charming and beautiful. Her eyes sparkled much more than they could’ve possibly shown in her profile photos. And there was a joy to our conversation, an openness, and freeness to how our different stories and lives spun together over the next few hours together.

I was curious about how I was sizing her up for a relationship. At first, I was just fascinated by her wit, intelligence, and routine flip of her long dark hair from one side of her neck to another. I think that was a sign. Maybe it was just a tick. We leaped through conversations about exes and kids, about dating and current status.

“I’m dating this guy right now,” she said, “And I think I need to break it off.”

“He’s super nice, and is really into me, but I’m not sure he’s long-term material for me.”

“Is that what you are looking for?”

“Yes, that’s what I thought when I first got out of my marriage. And I went through a period of not wanting any sort of commitment, and I sort of played the field.”

“It was fun at first, but it got kind of old. There were some people I really liked and others who were just available.”

“And were there any that you really liked, who maybe wanted to move on?”

“So maybe you would rather keep this current relationship rather than risk being alone again?”

“Yes, it’s easier to have someone to do stuff with. And boys are a lot more fun to hang out with than girls.”

We smiled at one another and decided to order dinner to go with our second glass of wine.

As the evening progressed we moved through a lot of topics. Her eyes continued to sparkle. Her smiling conversational wit continued to entice me. I wasn’t sure if I was really attracted to her or fascinated by her. I was aware that her perfume was similar to a scent I had used when I was young, something from Aramis. I liked how the smell of her made me lean in a bit. I was clear that I was indulging in my own little fantasy. At the same time, I was enjoying our conversation and the topics we covered. She seemed fearless in exposing and expressing herself.

The same phrase kept coming through loud and clear, “while I was dating a couple people…” I’m not sure if I was turned on by that idea, repulsed by it, or intrigued about the opportunities of the evening. Well, except for the fact that she had a kid at home and we both had work in the morning. As we were considering paying and breaking off the conversation we ordered one more glass that we would split. I took this as a good sign. We were both prolonging the “date” a bit longer.

I walked her to the car wondering if she was a kisser or not. We hugged twice and she got in her Fiat 500 convertible and left.

When I got home I texted her a thank you and requested her email address so I could send her a book. It was about 11:15 and no reply came. So this morning I continued my communication and asked if she was interested in getting together again on Saturday night. Her message was clear.

Now, that was pretty clear. No rejoinder. Either she’s being coy and wants me to pursue or she’s not that interested in continuing our conversation. And in my clear way, I asked if there were some point in the future when she’d like to get together again. I probably should’ve just kept quiet after that text, but I’m always one to ask for the rest of the information rather than guess.

Oh well, it was a nice conversation, she was a nice woman who liked to date several people at once, perhaps. And we will see if the weeks of waiting for a first date and the several hours of nice courtship has any “next steps.” But at the moment I am feeling fine with the date as it was. A nice woman, a nice Pinot, and eyes that sparkled in the romantic light of the wine bar.

I am a relationship coach and a dating coach. I coach women in 1 x 1 zoom or facetime calls. I work in monthly blocks (4 sessions). We establish a relationship. I become your wingman in navigating and sorting through the bullshit of dating and relationships. If you are here, you’ve probably already read some of my opinions. If we’re a fit, we will both know on our first call. For SEPT-OCT I’m offering a 1 HR introductory call rather than my usual 30-minutes.

I am also launching two coaching groups about dating and relationships in the coming weeks. One for men and one for women, facilitated with a dear friend and wellness/aging coach. Both groups will be limited to 8 participants. So join the FB groups and watch for the opening announcements. THANK YOU.

Ambition vs. Contentment: A Creative Dilemma for Life