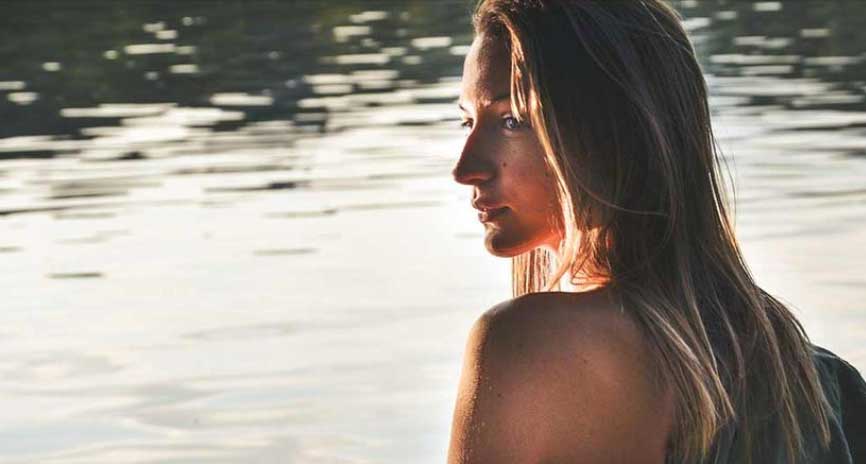 I have not dated too many stunningly beautiful women. I have been around a few. I’ve offered to help a few, with no real expectation for reciprocation. I merely wanted to be near them, offer them my help (often in internet marketing), and then have conversations. Again, I wasn’t looking to date them.

Is Extreme Beauty a Liability?

I’m going to tell a few stories of my times with the beautiful people. Women who were definitely in the 9.5 – 10 range. I even dated one, briefly. I learned some things. I thought I learned my lesson. I learned again.

I’m going to take these out of chronological order to protect the identities as if they care. They probably do not. They certainly don’t read me. Anyway, onward.

We worked together. She was amazing, independent, and seemingly unavailable. She was also a waterskier. So, I invited her to go skiing with me before work. “Let’s hit the water at 6 am. By the time we get to work, we’ll be pumped and blissed out at the same time.”

She agreed. And for six weeks, one summer, we skied once a week before work. She was delightful. She was gorgeous. And she was happy that I had given her this attention and boat ride. I was happy as a voyeur. She was sexy, strong, and a good skier. She could also drive the boat well, while I skied.

I never asked her out. I was just happy she was a friend and nearby. One thing, however, did seem a bit odd. She never once offered to help pay for the gas. It’s true, I did not ask. But, I would ALWAYS offer to pitch in if someone else invited me on a boat, or for a road trip, or whatever. I don’t think it ever occurred to her. My mindread says she was happy to accept my offer. And, it was enough for me to be with her. That was payment enough. I made that story up. I stopped asking her to go skiing. She never mentioned it. She probably said thanks at some point, I don’t remember. I still remember her name.

Two of the amazing beauties I’ve known were also bodyworkers and healers. Both of them stated upfront that they were not looking or interested in a relationship. “No problem,” I said. One of them, I met at a rock concert where she was hanging with some mutual friends. We struck up an easy conversation. She was electrifying. After our extended conversation, I invited her to meet for coffee at some future date. “I’m not interested in dating, just now.” I nodded. “That’s okay. It’s just coffee. I was thinking I could help you with your website.”

We meet several times. I gave her some help setting up and optimizing her website. She thanked me. She never offered her services as a trade. No problem. I booked a massage with her. I paid. Again, no fault to her. She was amazing. She thanked me for helping her. She wanted to “pick my brain” again. That fourth meeting never happened.

The other stunner was a FB friend. I made a comment on one of her posts. A few days later a FaceTime call came in as I was heading down the hill to jump into the cold water of a local natural pool. I did not know the number. I took the call against my normal ignore all “unknowns.”

“Well, hello there.” She too stated that she was taking a sobriety break from being in relationships. “It’s been a year and a half, and I’ve been working on myself.” Good deal. No problem. “Let’s talk later,” I said. I was still not quite sure who she was. “Shoot me a link to your website and I’ll look at it and call you after I get out of the pool.”

Two weeks later we had a non-date dinner on Friday night. We spent several hours together. It was electrifying. She was indeed so beautiful that I was happy just being around her. We held hands in my car. We drove around a bit listening to U2 and singing at the top of our lungs together.

As we parted I moved in for a hug and pecked her on the lips. (A peck.) After an hour of holding hands, I was expecting ease. I was not expecting a flinch.

A week or so later, we had our date-date. We’d burned up some time and energy getting to know each other across the days. And this was the next weekend night she would not have her kids. We lounged on her couch. Kissing was intoxicating. I remember saying a few times, “I’m not sure why I’m feeling drunk right now.” We didn’t have anything to drink.

She pressed against me. “I am so happy, right now,” I said. “This is perfect.” I was happy to be easing into whatever was happening.

“Let’s go back to my bedroom and take our clothes off,” she said. It was as if, she missed my statement of contentment. Or she was pressured by some other desire.

Without going into too much dramatic detail, she took her clothes off and promptly lost her mind. She cried. She said, “I think the chemistry is off. I’m so sorry. I don’t want to hurt you.”

We tried twice more, and the results were similar. Hot heavy, kissing to the point of ecstasy, clothes off, collapse. It was like watching a Tarantino movie. There was tension and chaos rumbling just below the surface the entire time. That’s what my intoxication vibe was. There was anxiety running through the entire relationship. And she had some push towards sex where she burst into flames like a moth.

I do believe, she’s the most beautiful person I’ve ever been with. And one of the most damaged souls as well. I can still remember the kisses. Lips like sugar. Like heroin.

I never met this woman in person. We crossed paths through some mutual friends. She’s a model. She’s amazing. She mercurial. She’s a muse. She triggered multiple poems to the goddess. And she was unavailable. She was avoidant. I’m guessing her feeds were always full of predators.

A few years after our few DM encounters, which all ended pleasantly, she appeared in my Match.com feed. “What?” I connected with her. We exchanged some pleasantries. I asked her about her experience with online dating, so far? “I’m not even sure what I’m doing on here. It’s pretty awful. I’m just about to delete my account.”

“I’m always up to talk about it,” I offered, half-heartedly.

And, like that, she was gone. She’s still in my Facebook friend circle. And she’s recently started a new portfolio of her sexual and sensual photos. She is indeed a siren and a muse. Both.

Watch Out for the Rocks

I have a weakness for beautiful women. I am apt to lose my mind, or, at least, my boundaries. Like Odysseus, I am drawn to these women, as they sing their songs. None of these beauties were singing to me. Nevertheless, I had to lash myself to the mast as I sailed away.

What is it about their good looks that give them a poisonous aspect? Was it me? Or is there some fundamental flaw that has been reinforced their entire lives? As these women walk through the world, not only are doors opened for them, men, like lemmings, are fawning all over them. I imagine they can’t go into a Starbucks without leers, offers, and suggestions. It must be difficult.

How do amazingly beautiful people develop healthy relationship skills when their lives have been so one-sided? There was something one of them said, that is still with me.

And that was the difference. She wanted HER pleasure. She wanted it NOW. She wasn’t all that conscious of my presence, or what I was saying. I am certain that she didn’t hear me the third time the skin-to-skin interaction broke down in tears.

Blessings To All the Beautiful People

My daughter is a beautiful young woman. I can only imagine she’s in a similar situation a lot of the time. And as I began to think about these beautiful women I reflected on the love and care I have for my 19-year-old daughter.

As I was saying goodbye to the most beautiful lover who cried, I said, “I really do want what’s best for you. Even if that means us not working out.”

Blessings to all of the amazingly gorgeous women and men out there. I know it’s not easy for you. I hope you find your way to a balanced and healthy love. You deserve mutual respect and not just adoration.

Listen to Krysta’s Love on the Air chat on your favorite streaming platform.

Some Books from John McElhenney:

how is it possible? (a poem)

Humans of Divorce: Fear of Being Alone, Again