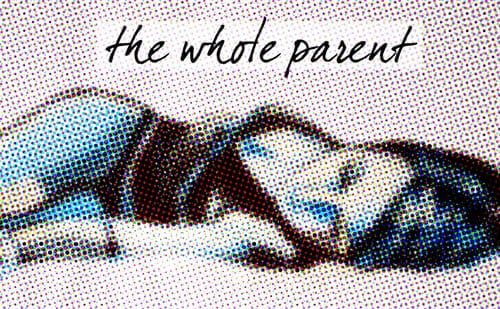 Sure. It’s happened to me. I got intoxicated once by a woman who kissed like a teenager.

Okay, I’ll admit it: I’ve not been the same since I had the euphoric hit with my first Tinder date. Nothing since has even come close. I’m actually taking an O2 break, and working on myself for a bit before jumping back into the dating pool. I mean, I’m looking, but I’m not interested in anything less than fantastic. And for THREE STRANGE DAYS, I had it. But what changed? Do I believe her story? Or did something cool rapidly? Was there something I did? Was she actually a bit manic when we met and coming down a few days later, realized “Nope, he’s not what I’m looking for.”

Sure. It’s happened to me. I got intoxicated once by a woman who kissed like a teenager. The hope and inspiration in that kissing was all I needed. But it was a short runway. And before we attained flight, I had a moment to assess the actual woman rather than her lips and sexy texts and …

Okay, it’s an old story. Sure it’s a new dawn for me, but ONE close miss has been enough to upset my optimistic approach to dating again. I’m a bit jaded. I don’t want FIRST DATES. Ever! Okay, that’s not accurate. Let me try again. First dates can be a real drag. I’ve had about three, TOTAL, in four years that were worth the price of a cup of coffee. And I’ve had a lot more that should have never happened. I’m learning. But what my crush showed me, was how close I am to manic passion myself.

Kissing and Leaping to Conclusions About a Relationship

I was ready to leap. I was kissing and fantasizing and talking with this woman. And each time she showed up all three times, I was again fascinated by her looks, her humor, and her passionate style. And she appeared to rise to the occasion as well. Leaning in on the second date, in the parking lot and kissing me with a fury. She texted me later, “I kiss like I make love.” SHIT. She was on fire. But perhaps she was also showing how out of balance she was in her life, as well.

It was a furiously fast pace. But when the chemistry is on, you know it. And with both of you feel it’s on, and are *both* able to express it… The rush is like a drug. You’re chemical romance revs up and you’re ready to go. Ready for whatever. Flexible. Encouraged. Hot.

Usually, I was the one in pursuit. This time I had a live wire. Was something off? Was it me?

And then a bump on the runway. An emergency exit. And a text that said

What? Where did “at least be friends” come from. It wasn’t in our vocabulary. We weren’t broken up, we hadn’t fought. We had merely paused with the understanding that her life had suddenly become unmanageable. Okay. That’s fine. But this was a breakup text. This was what you say when you’re shutting down a relationship.

Okay. Information received. And yet, she haunts me. I was flipping through my texts and her name showed up. “DAMN,” I thought. Rather than just a little break, a bit of time to sort out the chaos of her immediate life transition, she had kissed me off with a “be friends” text.

What does this say about where she was? Had I been led on? Or did we both merely feedback and connect and generate a lot of heat? Then, as things got complex in her life, I was the simplest item to eject? And sure, messy love is consuming. But she had fired up Tinder as well? She had said she was looking for the next relationship. She shut down her Tinder app within 24 hours of meeting me. “That’s how I do it. I’m not looking to date. I’m looking to find one person and see where things go.” I’m pretty sure that’s a summation of her story. And perhaps the “where things go” had changed for her after date/meeting number three.

Moving On From a Near Miss In Dating

I’m not obsessing. But I’m also having a hard time moving on from this moment in the sun of passion, messiness, and an enthusiastic partner.

On the flipside, she had a few “um, wait a minute” items

Um, those can all be good things. But in this case, they might have been too good to be true. Too energetic. Too willing to jump into the fantasy of where things could go.

As I browsed our texts and saw the enticing photos she sent me I was saddened for a moment as I recalled the hope she kindled. But it was a false hope. And this is obvious from the way she exited and removed all potential for the future with that one text. When I saw that again, I said to myself. “If you open this one back up, you are just spending wasted energy on a dead-end. She’d contact you again if she were interested. I mean, if *she* was as thrilled as you were, she’d be asking for another glass of wine as soon as things settled down.”

But it wasn’t the settling down that needed to happen for her. Her life had been chaos before we met, and was chaos when we began “dating” and it devolved into even bigger chaos. I’m happy and sad to have missed the madness we could have created together. But madness is not what I need. I’ve had a taste of that before too. And I’m not interested in heading back into something intoxicating yet lacking in fundamental integrity. And maybe that’s the rub. She was awesome. Or what she *showed me* was awesome. Maybe the chaos she was showing was only what she couldn’t hide of her maelstrom. Perhaps beneath the writhing and hopeful surface, she was a vortex.

I’d meet her and kiss her today if she called. But I’m pretty clear now, that she won’t. And it would not be the best thing for me either. Heady, but not healthy. Oh love, you fickle bitch.

New Relationships and the First Morning Together: Her Morning Elegance

Wayfinding In Love: Listening to What Is Emerging In Your Relationship

Closure with Your Ex After Divorce: Setting Up Healthy Boundaries

October 25, 2019
Tags: a first date goes well, a manic phase, and then she's gone, dating apps, dating with tinder, do you kiss on a first date, euphoric hit, first tinder date, ghost of a kiss, how soon do you kiss, how soon will you have sex, intoxicated by a kiss, intoxication, kissed like a teenager, kissing on a first date, manic passion, maybe she was unstable, my near miss, new love, sex is the drug, the no, the yes, three strange days, tinder date, too far too fast