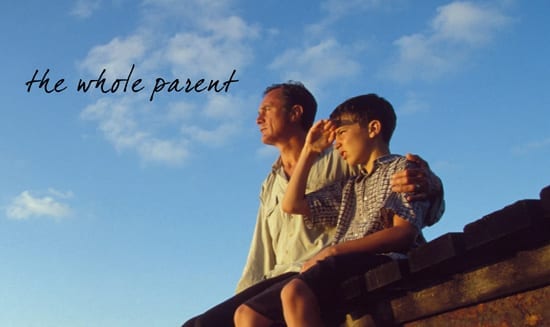 I’ve been complaining to my friends about my struggles to create a relationship with my teenage son. I’ve been offering all kinds of activities for us to go do together, as a chance to see him, talk to him, get a bit of biographic information about how he’s doing. Since his trouble last Fall he has been very hard to reach. And he’s certainly not reaching out to me, I mean, I’m his dad, and he’s seventeen.

As I was gesticulating my distress to a friend recently, as we were playing tennis he said something that really struck home.

“You don’t know what he’s dealing with at home. He’s a teenaged boy. You don’t want to add anything to his load.”

Whatever my issues, my son’s issues are compounded by his age, his vulnerability, and his normal teenage boy struggles. I’m the adult here. I have needs too, yes, but I can make my requests more simple. I can get my needs met in many ways. And, in truth, if I look at how much of my requests are about me, I can let some of that go. I do want to share my son’s life, but I don’t want to create any further complications or frustrations in his life.

Perhaps, my overtures are overwhelming. There’s a reason he’s shutting me out of the process of buying a new car. I’ve been asking. I’ve been inviting him to drive his dream car as I see them pop up on craigslist and cargurus. But, maybe he’s just not into having me be part of that process. It seems to be a team effort that includes his mom (the budget) and his step-dad (the strategist and conservative futurist) and my involvement would just introduce complications. Okay, got it.

Chill out on your teenaged son. Don’t give up on him. But don’t increase his distress by overreaching to have a relationship with him in places he doesn’t want to include you.

Alright, let’s take a break from trying to be uber-dad. There’s a story he’s involved in that doesn’t involve me. Whatever his issues are right now, they are not about me. And me inserting myself, as a champion or gadfly, are just more noise for him to deal with. The last thing I need to do is add to his load.

The complications in a teenaged boy’s life are many. Dad’s love should not be another complication. I am here for him. And I can chill out a bit on my outreach. He knows I’m here. I have always been here.

Further thoughts: And this idea of lightening the load goes for relationships as well. When possible, we are on this planet to help and support each other. Taking care of your own issues, your own psychological problems and your own emotional dependencies are part of being an evolved adult. We learn at some point along the path to deal with our own problems and show up as a healthy and empowered adult. Anything less, any loading up of the other person in a relationship, is really an imbalance and should be ironed out in the early stages of dating. We deal with our own shit. We come together to celebrate our relationship. And we deal with issues in our relationship. But often issues come up that are not part of the relationship, but more something from our past that requires attention. Loading that into the relationship as an issue is a huge burden and a miss for both partners. The old name for that is codependence.