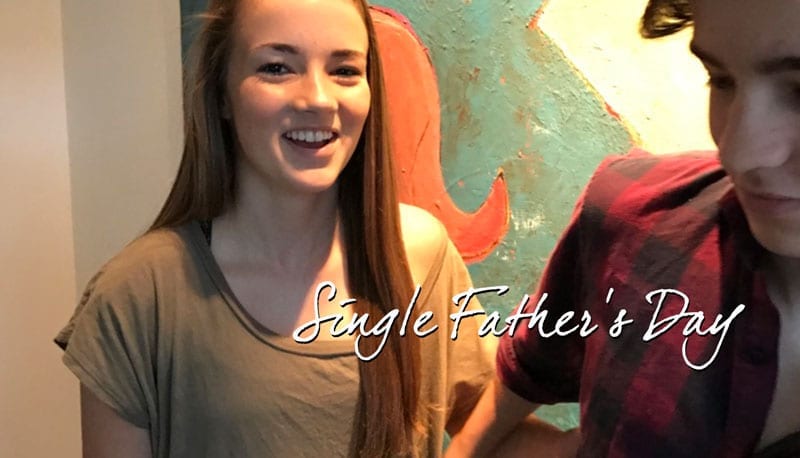 Nothing against my ex-wife and mother of my children… But, the unfairness of Mother’s Day in May and Father’s Day in June is a metaphor for divorce. When I think back on Mother’s Day since I’ve been a parent, I was always amazed by how my kids made such amazing treats and treasures for their mom.  Only after divorce did I begin to ask, but what about Father’s Day? Why is it in June after the kids are out of school? Why don’t dads get the same cool school things from their children’s classrooms?

It is simple. Most teachers are women, and many of those women are mothers. So, Mother’s Day holds s special place in most teachers and administrators in elementary and middle school. Naturally, they would celebrate their own Mother’s Day and their own children just as school is about to be let out for the summer break. But, us poor dads, are not so celebrated in our kids’ schools. And when we get divorced, there is a bias against the lone father. Schools filled with women don’t know how to support or rally around the single dad. Even if the dad/father is super connected and super involved in his kids lives, elementary and middle schools tend to lean in with the moms and lean away from the dads. It’s nobody’s fault. And Mother’s Day falling during the school year as opposed to Father’s Day is also no one’s fault. I don’t think the marketing people are biased against dads. I think they wanted to score the maximum marketing promotion opportunity by putting Mother’s Day during the final month of school.

Mother’s Day in the United States is an annual holiday celebrated on the second Sunday in May. Mother’s Day recognizes mothers, motherhood and maternal bonds in general, as well as the positive contributions that they make to society. It was established by Anna Jarvis, with the first official Mother’s Day celebrated at St. Andrew’s Methodist Church in Grafton, West Virginia, on May 10, 1908.[2] In the United States, Mother’s Day complements similar celebrations honoring family members, such as Father’s Day, Siblings Day and Grandparents Day.

Father’s Day in the United States is a celebration honoring fathers and celebrating fatherhood, paternal bonds, and the influence of fathers in society. The tradition was said to be started from a memorial service held for a large group of men who died in a mining accident in Monongah, West Virginia in 1907.[1] It was first proposed by Sonora Dodd of Spokane, Washington in 1909.[2] It is currently celebrated in the United States annually on the third Sunday in June.

Okay, so Father’s Day and Mother’s Day are celebrations of our roles as parents for men and women. What about all of us Single Parents? Can we celebrate Single Mother’s Day or Single Father’s Day? These are slightly different beasts. As a single parent, you can often no longer count on the support and encouragement of the other parent. And, in my case, the common courtesy of a co-parent we nulled by my ex-wife when she decided I was no longer as important in my kid’s lives as she was. She stopped consulting me as a parent, even though that is what our parenting agreement demanded, about three years ago. And she got remarried two years ago, and her distance and indifference to me has grown not lessened. I would think if she remarried and was happy with her new life, her focus and anger pointed at me would subside. And perhaps it has, to some extent. But I think her apathy towards me as a parent and co-partner is more about her and her unresolved anger. Why would she still be so angry with me?

A Winning Father Speaks Out

I am no longer sitting quietly as my ex-wife goes about her business of ignoring me and, more importantly, ignoring our kids. Leaving your kids (16 and 18) to go on a weekend vacation with your new husband is not acceptable in any society. And as my ex lies to herself, or justifies why it’s fine, I’m left mute with my role as the 30% dad with non-custodial rights and less-than-equal parenting rights.

We’ve got to do more to support fathers in the future. Our family courts in some states are getting more balanced. They assume 50/50 parenting unless the divorcing parents have some legal grounds for an unequal split. In Texas, however, the mom is given the SPO and the coveted custodial parent role in 90% of the divorce cases. Texas is backward and unfair. And I’m joining with several lobby groups locally who are working to change the family law to a more balanced approach to divorce.

Don’t let you custodial mom walk all over you. Just because she’s got the state’s attorney’s behind her, doesn’t mean she can disobey the law. In my ex-wife’s case, she simply didn’t show up to some of our Attorney General’s appointments. The last time she pulled this stunt, the caseworker said, “Just set another meeting and it will be before a judge.” I did not take my ex-wife to court during the divorce to fight for 50/50 parenting. I am not going to take her to court now, just 1.5 years before I complete my financial court obligation to my kids. But, I will tell you, it’s not fair, and it is not “in the best interest of the children” to give the dads less than 50% of their parenting time.

Kids need dads just as much as they need moms. Period.

If you disagree with the statement above, I’d love to hear from you directly or in the comments.

Let’s be better parents, better co-parents, and even when our exes are hostile, let’s keep to the high road in all our affairs. Be a winning father, and celebrate your kids all the time. And don’t let the ex get you down. It’s no longer about her. It’s about the kids. That’s all you need to know.

Beginning a #metoo Conversation Is Difficult for Both Men and Women