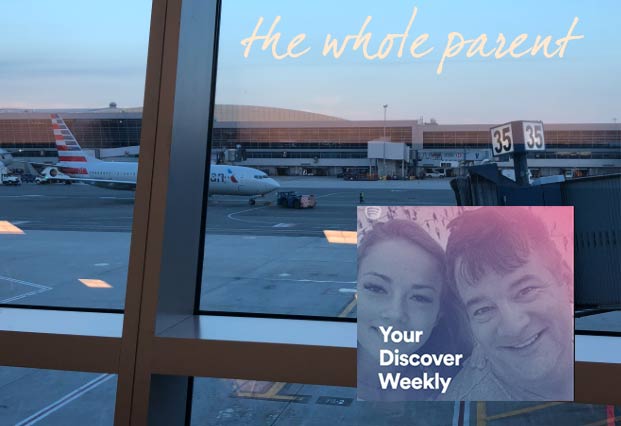 “I want more time with you. More time just being around you. I miss you.”

There’s nothing like a little time with your daughter (child) to remind you how much you have lost in the divorce. My daughter came with me to NYC this summer for a short vacation. The closeness we shared during those four days was unimaginably wonderful and welcome to both of us. It was clear, we have not gotten to spend enough time together. Even as we were walking hand-in-hand down Time Square, I was experiencing an awakening, a joy, and a pain, at the same time. Divorce is like that. You think things are going along okay, and you imagine things will continue as “a family” whatever that means. When one partner calls an audible and opts-out of the marriage, well, we are all about to take a tumble.

When I Learned I Was Getting Divorced

For me, I was asked to leave during a couples’ therapy session when I discovered (The information was not volunteered) my then-wife had gone to see an attorney about her options. And that’s really how the entire divorce went. Dad’s are asked to go along with the divorce, regardless of our input, and we get a standard divorce package. In my case, I lost the house; I lost 70% of the time with my kids; I was given a $1,350 a month child support payment (payment doesn’t vary or pause if I’m employed or not.); I was given the non-custodial parent role (which doesn’t mean much until you get behind, for any reason, on your child support payments; and I had to health insurance for the kids (job or no job).

I tried my best to roll with the gut punch. I fell down. I moved in with my sister for six months while I looked for a new job. (I was working freelance and making enough for one house, but not for two.) But the biggest blow, one I anticipated, was a major depression that lodged in my heart and head. I had lost everything. Sure, we were not happily married, but we were married. And when kids were involved, I was committed to stay together and fight for what we needed in the relationship. But it requires two people to fight for a marriage. When one gives up, changes their tact, and goes for the decree over the relationship, there’s not much you can do but comply.

Had I known what I know now, I would’ve fought. Not the divorce, but the non-custodial harness that was put on me. We had parented 50/50. Sure, I had been the major breadwinner, but I was also the emotional heart of the family as well. I was the breakfast-to-school-wake-up dad. I was the “let’s make this work,” husband. Something, however, in my then-wife’s family-of-origin DNA had burned out and she needed to seek a different path, no matter what the consequence for the rest of us. I’m sure it was one of the hardest decisions of her life. I do not take her suffering lightly. And choosing to leave a marriage must’ve been terrifying. I don’t think anyone knows what divorce is going to do to them until the process is underway. And we don’t learn the consequences of those decisions until much later. Like I learned this week with my 15-year-old daughter.

There is no greater loss than time with your kids.

Until I felt the closeness with my daughter this week, I didn’t viscerally recall what it felt like to have her near. What it felt like to wake her up every morning and offer her breakfast and coffee. To tuck her into bed. To just be around her and hear what she’s thinking. She’s a bit quiet. So you have to ask questions and remain patient. But she’s funny, ambitious, and curious. And when I was holding her hand a few nights ago, after seeing a Broadway play together, I was so… I was working to maintain my present-moment happiness as the ache of “how much I had missed” was also creeping along with us. I had missed so much of this kind of time with her. As I agreed to the 30%-dad offer provided by the state of Texas, I knew I was going to be sad. I knew I was going to have to sublimate my sadness and transform it into something different. I could not change the divorce. I could not change my then-wife’s mind. I would have to forage alone. And deal with a lot of alone time. Time without my kids. Time away from the family I had helped build.

A Father’s Time With His Kids After Divorce

There is no substitute for time together. Over the year, I have not had a second bedroom for my daughter. Much less two bedrooms for both kids. (I have a 17-year-old son as well.) So the kids have taken up full-time residence with their mom. There’s no shame in this. It’s what is. I do not have the income to make my child support payment and afford a three-bedroom house.

That’s the real rub of an unfair, unbalanced divorce. Dad’s are given a huge financial burden. If there is a lot of money, this is merely an inconvenience. When the father is a working man, the consequence often is much more dire. If the dad cannot make the scheduled payments all kinds of hell kick in. In my case, their mom sent her complaint to the state of Texas and the Attorney General’s office began to harass and condemn me. Here’s what that looks like. About 2 – 3 times a year, they freeze my bank accounts. I call them. They ask how much money is in the accounts. (As if they don’t know.) Then they take 50% of everything I have. And in the course of the next few days, my banks will unfreeze the rest of the money. Effectively, I am left with zero dollars. While the shakedown is taking place, I have no money. Rent and car payments bounce. Even insurance policies go into jeopardy. This is how it is.

When the Ex Goes for Blood Money

The odd thing, the thing I have a hard time accepting about my ex-wife’s decision to shred my credit and dignity, is that child support is not a debt that can ever be erased. I was going to pay her 100% of the child support regardless of the AG’s involvement. But, of course, I had to have a job to pay her. When my employment got wonky for a few months, she didn’t think about the consequences on my life. She merely filed with the AG and expected to be paid on time. So, this happened while I was renegotiating my mortgage with Wells Fargo. And she knew this was happening. She filed anyway. I lost my refi options with Wells Fargo and had to sell my house days before foreclosure. Could I ever imagine doing something so destructive to her? With the potential (the certainty) of hurting my kids? No. I still can’t imagine it.

Did it hurt my kids when their dad lost his house and had to move in with his mother? Did it bring me down in their eyes as a success when I lost everything? Did my son have a harder time bragging about me and my entrepreneurial spirit? Did my ex-wife care? Does she care now? 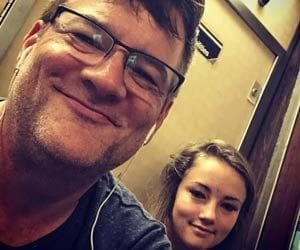 What’s left for me to do? I talked to my daughter this weekend about setting up my second bedroom for her. “I want more time with you. More time just being around you. I miss you.”

I could tell she was feeling the same things. It was a touching moment between us as we looked at each other in the Apple Store on 5th Avenue in New York City. We could discuss it more as the school year got closer. For now, we’re going to have some fun together in New York. And so we did.

image: my daughter leaving on an airplane, creative commons usage

5 Health Factors to Prevent or Lessen Seasonal Depression: Get Support

Sexy Sex and the Other Two Kinds of Romantic Relationships