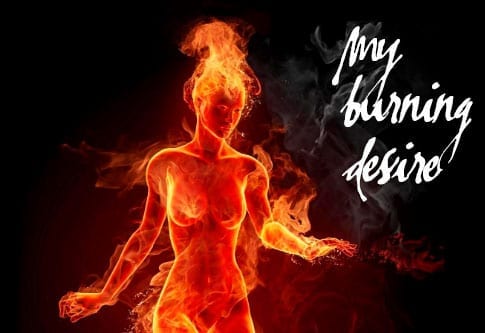 Not the courageous choice as Brené Brown puts it, but the choice for comfort. And, again, that’s not the right path for me and I knew it.

I was angry today. Angry at a previous LTR (long-term relationship) who refused to look at her own issues as part of the process in healing and being in a relationship. Instead, she bolted. She admitted to bolting. And she was clear that she was done with our relationship. She was not willing to renegotiate the breakup and see what we both had to learn as we “tried again.” She shook her head at me over FaceTime even as she smiled.

Okay, here’s the real truth. She did us both a favor. AND, the worst part, I knew that getting back together was not the healthy choice. Sometimes you’ve gotta say fk the healthy choice. Not the courageous choice as Brené Brown puts it, but the choice for comfort. And, again, that’s not the right path for me and I knew it. Even trying to renegotiate the relationship was my own hardheadedness. My own loneliness. My own sexual desire. She politely refused me a third time.

But I’m mad about it.

Something about this relationship was on fire. Some attractiveness and openness in this woman drew out the best and worst of me. As we entered into our courtship we set all the boats along the shore on fire. From our first coffee date, I was IN in a big way. What is that chemistry thing? What did she have that electrified me? And how was she so cute and smiley that she lit up all of my circuits? Well, she did. And in my continuing struggle with depression, over the horrific holidays, she seemed like the only potential port in the storm. But that’s not how relationships work. That’s not how healthy relationships build and continue to grow. I was reaching out to her for a rescue from my pain and isolation. Pain and isolation that was entirely in my head.

That was my real truth. I did not want to salvage our crushed relationship. I was too healthy, even in my depression, to think that our being together was the right decision.

Even as I was making my final “pitch” to her, I was not believing all the romantic words that poured out of my mouth. I was making a pitch to be with her again. Not for better or for worse. Not to “work on things” in order to grow. I was trying to stoke up her fires again in the only way I knew how. Even as I was disclaiming, “I’m not trying to manipulate you into returning to this relationship.” But, was I? Where where her feelings and needs in my quest for reconnection?

In the lazy days between Christmas and New Year’s Day we had a late Mexican brunch.  And it was at this meeting, the first time we’d seen each other since our breakup in August, where I said to her, “I’m probably just trying to get back to the last known good point on the map.”

And that was it. That was my real truth. I did not want to salvage our crushed relationship. I was too healthy, even in my depression, to think that our being together was the right decision. It was not the right decision for either of us. It might have been the comfortable decision, for me at least.

I’m not sure if she saw through my shame efforts. Or if she was frustrate by my continued pursuit. What she was clear about, and the part that I’m still angry about was that we were never getting back together. Was that her healthy self protecting both of us from the passion that we knew would rip us back open? Or was it (as I imagine today, in my anger) her fear keeping her from pushing past the comfortable place.

Here’s what I’m mad about (and the points I made in my case for getting back together):

Here’s why these reasons are lies:

I’m a bit ashamed to admit to my own lack of integrity in this matter. I clearly have more healing to do on my own fragile ego and depressed outreach. And as I have been steeped in prayer and meditation in the past few months as I “sought through prayer and meditation to improve our conscious contact with our higher power,” I’m going to chalk the blessing up to God with a capital G.

My intentions were selfish and motivated by my own pain. That is no way to begin a lifetime quest with a new partner.

In a relationship that is not quite right, we (I am) are constantly on guard for things to begin going wrong. And either you work through those issues together or you don’t. And if you don’t you will be miserable trying to stay together. Better to move on. Let go of the relationships that are not for you. Even if that relationship was #4 in my life of LTR’s that I felt had a chance. Even in that circumstance, if both partners aren’t willing and excited to do the work, it’s better for everyone to move along and keep seeking BIG LOVE somewhere else, and with someone else.

Bless you, sweet woman. You taught me so much about myself and what I really need in my next relationship. You have given me some golden moments to savor. I wish you well on your next adventure. You showed me why I cannot settle in any aspect of my next LTR. I’m not about 95%. Either I’m in 100% or I’m out. In this case, I was out but wounded into thinking my intentions were pure and noble. Have I outed myself enough on this one yet? My intentions were selfish and motivated by my own pain. That is no way to begin a lifetime quest with a new partner.

I’m happy to hear in the comments what I’ve missed.