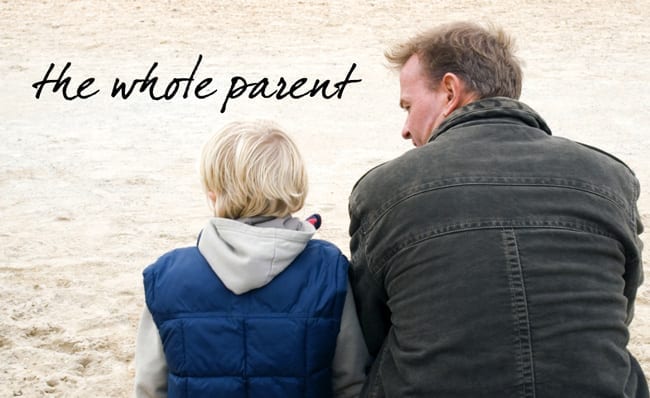 The divorce was never my idea. I did not ask for it. I did not agree with it. And I fought against it. But you cannot force another person to stay in a relationship with you. And as part of protecting our young children from the emotional fallout of the divorce, I had to go along with the story that the divorce was a joint decision. My kids have grown up thinking I too wanted the divorce. I did not. I have been lying to them to protect them from blaming their mom for the divorce.

Their mom did ask for the divorce. She planned for it, asked for it, and followed through with it. The divorce was her decision. And I fought against divorce as long as I could bear it.

Sure, that’s a hard statement. And yes, I had a part in the relationship struggles. But at the end, I was still fighting FOR the marriage. It was my wife who looked for her “options” with a divorce attorney. It was my wife who then took the action to start the divorce. Is there any value now, as my kids are teenagers, in letting them know that I was fighting FOR the marriage, that I was fighting FOR staying with them? Is there any value now, in reframing some of our future relationship with the knowledge that I did not simply want a divorce from their mom and then move along with my single dad life?

The idea was posed in therapy as I was discussing my sadness at the distance I feel from my 18-year-old son. “I am not like those stereotypical dads who decide to leave their marriage. I stayed in and fought to keep the marriage going.”

It has always been my fantasy that we would eventually get around to talking about it. That my kids would both, eventually, ask about “the divorce.” But, my therapist asked, “What if that doesn’t happen? How would you feel about your son never knowing about your struggle with the divorce?”

As my son is heading to college next year, the question is a real one. He may stay in his angry-mode and keep our relationship at arm’s length. He may not really want to know about me and my side of the divorce story. He’s been living with a one-sided narrative. And perhaps, he’s just fine with a dad who quit on him. Or maybe that’s part of why he still harbors so much anger.

Again, it was my belief that my son would eventually come around and want to know more about me. “But what if he doesn’t,” she asked.

In trying to fathom this question, I imagined my relationship with my father. Had he quit drinking before the cancer was killing him, perhaps we could’ve had some “what happened” discussions. I would’ve loved to learn more about his side of the story. I would’ve cherished the opportunity to discuss the divorce with my dad. I’ve only gotten my mom’s narrative about what happened.

Today, I believe my son really only has his mom’s narrative about why we got divorced. I don’t know the specifics, but I’m sure it has a lot to do with my depression, my challenging employment history, and the money troubles following 9-11. Actually, I’m guessing there’s no mention of the circumstances of our relationship. I’m guessing it’s a pretty simple story. But, I’m making that up.

What I do know, is that many men do opt-out of their kids’ lives. They divorce their wives for various reasons and seek greener pastures with other women. Sometimes they abandon their kids or choose limited custody arrangements. Some fathers, I’m sure, are happy with the every-other-weekend arrangement. But, I was not that father.

What I want my son and daughter to know.

I am not sure when it is appropriate to tell my kids the dark side of the divorce. Is it ever appropriate? Do they need to know the truth? Is this about me or them?

I certainly don’t want to hurt them or their relationship with their mom. But that’s what was used to silence me in the first place about the truth of the divorce. There is one truth. Mom planed for, asked for, and executed the divorce against my will.

Does it matter that my son might think I wanted the divorce? Or that I was happy with the limited time I got to share with him? Is some of his anger at me about my abandonment of him? Does my son have a right to know the truth about what went down?

One decision I made with my therapist, at this point, is telling him before he graduates from high school could be detrimental. But what about the summer before college. What would happen in our relationship if we could talk about these things and reason things out? Is he old enough? Should I wait for him to ask? How long should I wait before I bring it up? Perhaps, I should start with, “What’s got you so angry?” Perhaps, I should just ask him about his experience of the divorce and the years with a 30% dad.

I welcome your thoughts and comments on this volatile and emotional topic. What would you do? What did you do? Have you had the real talk with your kids about the divorce?

Connecting with Teenagers One at a Time on Their Terms, Always