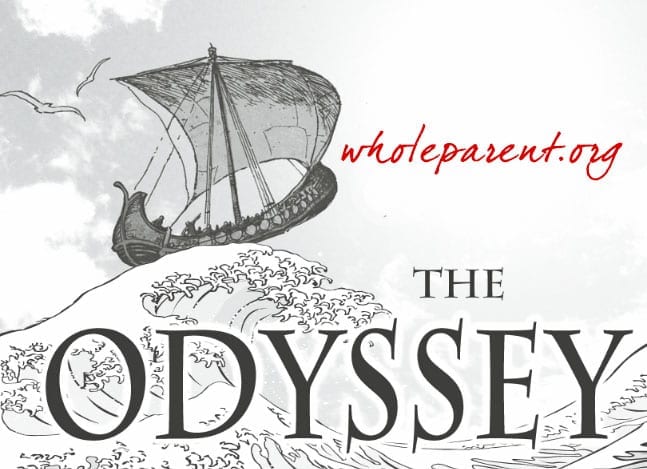 I lost all of the arguments about staying in the marriage, about divorcing with 50/50 custody, about keeping our family together.

A radical transformation happens in your relationship the minute you both decide to have children. The act of welcoming the chaos of life into your lives is courageous and life-altering. When the first love hurricane arrives, nothing will ever be the same. Your priorities change. Your goals and ambitions are altered and curved back towards your kids and your idea of “family.” It was the most ecstatic moment of my life. I leaned into the spiritual rebirth and reconnection with God, my wife, and my new son.

If we could stay in that frame of mind, as parents, divorce would never be an option. But, as it goes, life changes, kids grow and multiply, and before you know it the stress levels are getting out of control and someone is unhappy about the marriage. The dream is still in place. The family is still the focus of your life. But something more individually critical is changing. One parent is losing optimism, becoming resentful of some part of the duties that have become a burden rather than a delight.

But make no mistake. Parenting is a delight. It is your own individual journey, your own individual life experience, that frames up your experience as a parent. Both of us put 100% of our lives into raising our two young children. From couples birthing coach classes to pre-natal screenings, I was alongside my partner the entire time. And we chose attachment parenting as our strategy for keeping things on track, creative, and full of loving kindness. And as we all grew and learned we stayed close and connected as a young family.

We also split duties along traditional lines, and my wife stayed home for a good portion of the time after our first child was born, while I continued the traditional working-dad role. With our second child, we experienced some major medical challenges and this began to fray the hopeful feelings of our relationship just a tad. It was as if the stress floor in our lives was being gradually increased each week.  On Monday mornings, we’d visit the neo-natal surgeon’s office to determine our daughter’s medical prognosis.

It was during this period that I experienced a major crisis of confidence. I simply lost the ability to reassure myself that everything was going to work out. The inner voice that had been with me my entire life, saying “You’re going to be okay,” was no longer present. I white-knuckled the next few months until our daughter was born, with therapy and drugs doing their best to reconstitute my confidence. But a full-blown adult-onset depression had kicked in and kicked both my life and my wife’s life at the same time. I cannot imagine having a partner being so crushed right beside me, while I was depending on them for so much. I give thanks still to my then-wife, for standing beside me, even as she was about to give birth to a second child.

And then we were in another blissful period of hovering and rallying around a newborn girl. Even our son, now two, began to get with the program in a new way. We had some months of “new family bliss.” I continued to work out of the home, while mom stayed with the kids for the first 9 months. We got a maid and a nanny to help with the overwhelm of two children and a busy household. And we soldiered on in our relatively stable and happy home. The damage, however, had already been done. The trust and confidence in our marriage had been shaken by both the hardships of my daughter’s medical odyssey and my own emotional breakdown.

When the mother of my children lost faith in my ability to maintain gainful employment, she started looking for alternate routes to support her family.

As we continued to struggle with parenting, and the financial changes bringing two kids into the world has on a couple. And my work, in social media, was as volatile then as it is now. Companies would hire entire departments of people to hand the “new media” and then six months later, they would shutter the program. It was a hard time, post-911, and everyone was still a bit shaky about everything.

There were a lot of hard times. A lot of hard discussions. And, in the meantime, we had a growing and more demanding pair of children. And something in the relationship between me and my wife broke down. We worked on things in couple’s therapy, but it was like trying to push a river back upstream. Some fracture had happened, during the previous struggles that weakened her belief in our ability to recover and thrive as a family.

My wife decided to consult an attorney about her options. I didn’t learn about this until I confronted her in couple’s therapy about something she said.

“Have you been to see an attorney about divorce?” I said, frightened and angry.

“Yes, but it was just a consultation.”

I was devastated. Why had she not brought that idea into couple’s therapy? What were we doing in therapy at all?

Over the following week, she requested that I simply move out of our family home, tell the kids I was traveling on business, and begin the process of divorce. I refused on several counts.

First count: the kids were two months away from completing the school year. (My son was in 5th grade, my daughter was in 3rd.) I refused to abandon my kids or my home before the end of the school year. We could all recover over the summer. The elementary school counselor was the only voice of reason my then-wife could hear. We cohabited until early June.

Second count: I was still hopeful that my then-wife would see the error of her decision as we worked together through April and May. But my resolve was not 100% pure. I was angry, scared and still deeply committed to saving our marriage. My then-wife was not. She had already shopped the divorce brochure and was making plans for her next life.

Third count: Divorce is also a business decision. In addition to working out the parenting plan, the details of the financial split would take a while to sort through. Would we need to sell the house? How would we pay for two households when we were struggling to keep one afloat?

In the end, I lost all of the arguments about staying in the marriage, about divorcing with 50/50 custody, about keeping our family together. When I left the house in mid-June I was forced to move in with my sister while I regrouped and found a new, higher-paying, job. It takes two partners to keep a marriage together. When the mother of my children lost faith in my ability to maintain gainful employment, she started looking for alternate routes to support her family.

It’s odd, but one of our main breaking points was about how to share the burden of our household bills. As I was coming off two-years at a high-paying ultra high-stress job, I wanted to renegotiate our earning balance. She did not want to negotiate. She wanted me to get another big job, regardless of the physical or emotional cost to me, while she continued to work 10 – 20 hours a week. Of course, when she divorced me, even with a hefty child support payment, she had to return to full-time work, and probably worked harder and longer than she had ever done while we were married. I guess she got what she wanted, but I think a compromise and rebalancing with me might have been a better choice.

It’s all water-under-the-bridge at this point. We’ve been divorced for over eight years. Our son has just turned 18 and is heading to college next year. We’re not really co-parenting, but our kids are doing just fine. And as they grow older, they are seeking a renewed relationship with me. Even as I lost 70% of my time with my kids, I never stopped pursuing them and engaging in their lives. I will never stop being their dad.

I Did Not See the Biggest Red Flag of My Life: Start Marriage w/ a Lie

Minimizing The Collateral Damage of Depression and Divorce