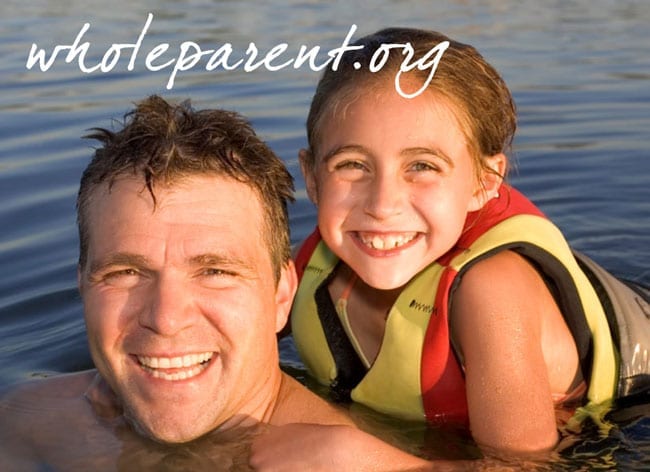 My then-wife went to see an attorney during the months we were in couples therapy. She failed to mention that in couples therapy. But when she got the divorce brochure she liked the pictures and set a course for all of our lives. What she knew that I didn’t know, because I had never been to see an attorney of my own, is that she was going to get the lion’s share of the kids’ time, a hefty child support check every month, and if she played the cards right the house too. The real trick, however, was entering the negotiations saying we should do a collaborative divorce. No conflict would be in the best interest of the kids. Except it wasn’t. And there may not be such thing as no-conflict divorce. Maybe there are periods of cooperation, but when the hard facts begin to get tossed in as fodder for the negotiations of time and money, all the nice gloves are off.

In a real collaborative divorce, both parties retain attorneys. That way, both people can hear all the options and make decisions with legal counsel. Well, since money was tight, and the divorce was her idea, I thought I was being smart by not getting an attorney. [That was my own damn fault.] It was “collaborative” right? We were both keeping the “best interest of the kids” in mind.

Except it is not okay.

Science today shows that both parents are essential for our kids’ development. And the idea that moms are somehow better or more prepared for becoming single parents is also bunk. It may be that in a traditional family the mom stayed home with the kids while the dad worked. That’s the way my then-wife and I negotiated our parenting plan. That was how we decided to have kids in the first place. We could afford to have one of us stay home while the other one worked. That’s collaboration. And while the traditional work roles were in place, the nurturing roles were reversed in our family. Mom was the hardass. Dad was the connective, loving, caregiver. [Okay, that’s not 100% accurate. She was/is a good mom.] The picture, however, that was brought out during parenting plan negotiations was strategic and full of lies.

She was the primary nurturer in the family. She was the responsible party. My depression might make it harder for me to be a single dad. She was the fit single parent and should get the 70 – 30 split in her favor. However, the real crux of the problem is, she knew she didn’t have to fight for this outrageous imbalance. This 70 – 30 split of time was what most states call The Standard Possession Order. She got the idea, from the divorce brochure, that she could have most of the time with the kids AND the money. Well, that’s a slam dunk. And as the saying goes, “Strike while the iron’s hot.” Because, if you talk about it some of the lies of “fitness” and “nurturing” might come out.

So we pretended to negotiate. We decided how to split the house equity. And we hired an expensive “parenting plan” counselor. And on the third meeting with the counselor, when I brought in my 50/50 schedule roadmap, she took me aside and said, “That’s not what she’s going to get if you go to court, and she knows it.” My own counselor was colluding with the false negotiation and telling me to take the SPO, because “that’s what you’re going to get.”

Should the mom get a 70 – 30 split of the kids’ time right from the start? Is the assumption that mom is a better parent, a better nurturer, just be taken as fact?

And what you will find, as you travel down this road of the non-custodial, child-support paying, 30% dad, is that your “collaborative” ex-wife is no longer so collaborative. Once things are set, and she’s gotten her way, the collaborative gloves come off and she begins dictating terms based on the “written orders.” It’s her right. It’s the way you avoid needless negotiations about next Christmas, or birthdays. It’s right there in the plan. It’s a contract you signed. And it means you owe her, every month, regardless of your employment status at the time, a significant sum of money.

Yes, it’s for the kids. And maybe a pair of new shoes for her every now and then. “Who’s doing the accounting anyway?” And it’s for the duration until each of your kids turn 18. And in my case, when I got in a hard place, employment-wise, her clear-thinking turned me over to “collections” by the Attorney General’s Office. That’s a bad idea for everyone involved. Sure, she got her pound of flesh, she got her payment. It wasn’t like things were bad between us, I was one month late and I was telling her what was going on with my primary employer. She could’ve cared less. She put the po-po on me and was righteous in doing so. “Protecting the kid’s interests,” she said. Wait? What? I was late on my first child support check.

Well, for those reading along, sending your ex into the collections machine of the state’s attorney generals office is a horrible thing to do. (See: Inviting the Dinosaur Into Your Divorce) Even though, there is no relief from child support. None. Not bankruptcy. Nothing. She was going to get her money, and I was telling her she was going to get her money soon, but… She wanted to hurt me. It did. But, in the process, she also hurt our children. As a result of my ex-wife turning me over to the AG’s office, I was unable to refi with Wells Fargo and they went into aggressive foreclosure mode. I had to sell the house quickly to avoid an even deeper black mark on my credit.

My ex-wife knew what she was doing when she asked for a collaborative divorce, knowing that she would not have to “negotiate” anything when it came down to the kids. My ex-wife knew that turning our child support account over to the AG’s office would cause me significant financial hardship. She knew, because I was telling her, she was going to get the money as soon as a new client paid. She didn’t want to wait. But, more importantly, she wanted to stick it to me. Again.

She asked for a collaborative divorce to keep me from hiring a lawyer. Then she went about getting exactly what her attorney told her she would get. The Divorce Brochure looked pretty good to her. So she went for it. Then along the path of being co-parents, she saw another opportunity to score a hurtful victory point. She struck with an apology text. “I know the timing sucks, but I’ve turned the paperwork over to the AG’s office.”

The words “collaborative,” “cooperative,” and “low-conflict” don’t mean the same things to a dad who is getting ready to navigate the divorce process. If you want 30% of your kids time, and that seems like a fair split, I’d say, let go, you’ll be fine. But, if you want anything nearing 50/50 parenting, you are going to have to lawyer up and drop the “collaborative” from the language around your divorce. That doesn’t mean you need to make it a high-conflict divorce. It just means, a 50/50 dad is a dad who lawyered up and fought for his right to be an equal parent.

Back to The Positive Divorce

Tina and Richard Get Married On the Beach, Magical Realism Ensues

There She Goes Again: Limitless Desire for a New Partner

Do You Have a Laser Focus on What You Want In Your Next Lover?