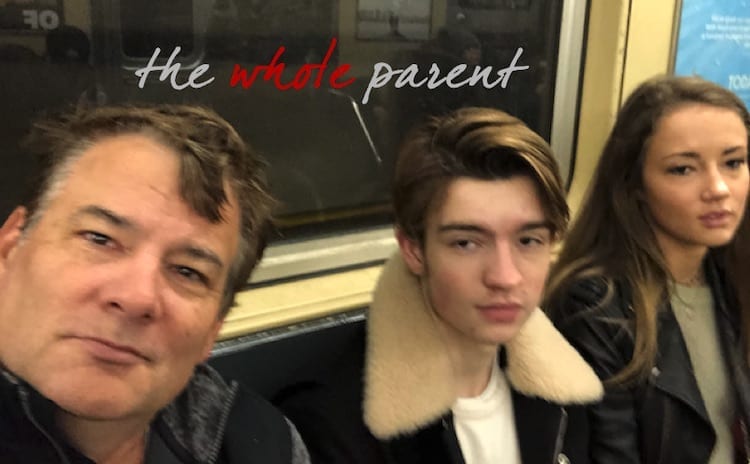 I have not been a direct victim of parental alienation.
My ex-wife’s behavior is more subtle.

As I understand it, there are parents who work to hurt the other parent through the court system. Their objective is the damage their former partner. The part I don’t understand is that the injury is also inflicted on the kids. In my divorce, my upper-middle-class wife decided she was entitled to the divorce package, and that’s what she went for. The problem was, she was dishonest with me about her intentions to NOT co-parent with me. She asked for a cooperative divorce in order to keep me from suing to get 50/50 shared custody of my kids. She was not interested in cooperation at all. She knew if she asked me to be a good man and do the right thing, that I would do it. I was not prepared when she refused to discuss a 50/50 parenting schedule. “That’s not what’s going to happen.”

She was right. In Texas, 80% of dads get the standard divorce package. Phrases like “1st, 3rd, and 5th” and “standard possession order” are rattled off alongside the bludgeoning phrase, “what’s in the best interest of the kids.” What my wife knew from the beginning since she had seen a lawyer before talking to me about it, was that she would get the 70/30 split of time with the kids, that she would get a hefty child support payment, and if things went to plan, she would get to keep the house. That’s the standard divorce deal in Texas. Most states are similar, a few are better and a few are worse. She was only doing what most moms would do.

Dads and Moms Are Equal

But she was not actually taking into consideration “what’s in the best interest of the kids.” She was going for what was best for her. She knew I was a good dad. She knew I was going to ask for 50/50 co-parenting after the divorce, just as we had parented 50/50 while married. She also knew that our kids needed my love as much as her love. And though she might state it to our divorce counselor, she also knew she was not the “better” or “more responsible” parent. But she wanted the time with the kids. She wanted the money. She wanted the house. Can you blame her?

Actually, yes. Her strategy to ask for a cooperative divorce with no intention of cooperating was deceptive and effective. But it was not in the best interest of our kids. Our kids needed me just as much as they needed her. But that’s not what my kids got. That’s not what I got. She did get what she wanted. And with a year more of child support payments, I’m sure she’s still feeling justified in “going for it.”

Here is what the Expanded Standard Possession Order looks like:

“Expanded” stands for that extra night in the off weeks. Many dads just get the alternating weekends.

Why Moms Get Offended When I Talk About 50/50 Parenting

I know that 80% of my readers are women. And every time I post something about equal parenting, I get angry moms on both sides. Some are furious that women treat fathers this way. (Most of these women are dating a divorced dad who’s dealing with a bitter or manipulative ex-wife.) More of my readers are mad at me for asking for 50/50 parenting. It seems they’ve also been hurt by the divorce system, or are being frustrated by their ex-husbands who are not paying their “fair share.” And, inevitably, I will lose a number of followers here on Facebook, as some moms don’t want to consider, ever, that 50/50 parenting might be better for the kids.

But the science is in. You need to update your information. While there is some cause for moms to have the lion’s share of parenting duties when the kids are very young, there is no evidence that a mom’s love is more important or more emotionally supportive than a dad’s. Yes, there are terrible dads. And yes, there are terrible moms. And my point is this: if we parented at 50/50, and we shared our desire for a cooperative divorce, let’s start the conversation with a level playing field. Let’s not start a divorce as a war.

The War of Divorce Hurts Everyone

There is a huge business wrapped around this divorce process. Lawyers are telling stories, supporting lies, and giving their clients false information that they are justified in asking for 70% of the kid-time. And in my ex-wife’s case, giving them the confidence that the money, the house, and the kid-time are what’s appropriate. That term will come up a lot in family courts, “what’s in the best interest of the kids.” But there’s a big lie in this part of the story as well.

Aside from the lawyers advocating for and fighting against unequal custody, there is a state department that actually makes money on assigning and collecting child support. You heard that right. In the state of Texas, over 55% of the Attorney General’s Office budget is used for the enforcement of child support. And guess what? The AG’s office is paid by the federal government based on how much money passes through their child support division. Yep, the more the AG’s office runs through the Child Support Enforcement Division, the more they get paid. Does this sound fishy to you? It does to me too. (There are two references at the bottom of this post to support this information.)

Does a Good Dad Deserve Only 30% of His Kids’ Time?

Divorce is an awful thing. But it should be equally awful for both moms and dads, and not most awful for dads. Despite my readership’s opinion, I don’t believe my ex-wife had any more rights to 70% of my kids’ time than I did. The law is written otherwise, but the science supports my opinion. Dads are just as important as moms in parenting their kids. Sure, we bring different things into the mix, and sure there are good and bad parents in both genders, but when both parents are good and honest, shouldn’t they both get to parent their kids equally?

Again, I know my readers are going to have a field day with my naive perspective. I can already hear the complaints. Many dads are assholes. Many dads don’t pay their child support. And many dads are deadbeats that don’t want to parent or participate in their kids’ lives. And I can tell you, I am not a deadbeat dad, however, I have occasionally struggled to pay my ex-wife $18,000 per year, after taxes, and also put a roof over my own head and food on my own table. My ex-wife, on the other hand, has continued to enjoy the house we bought together, has continued to get 22 days of my kids’ time compared to my 8 days, and has continued to have a second, tax-free income. And since she no longer chooses to co-parent with me, she just does whatever she wants. What? Am I going to sue her?

What Is In the Best Interest of the Children?

Of course, having two loving parents is the right answer. And if they can no longer live under the same roof, then how about real cooperative and collaborative co-parenting? How about starting the conversation at 50/50 parenting? Sure, the AG’s Office is not going to get their slice if there is no mandatory child support payments, but hey… That’s not what’s going to make the kids happy.

In some twisted way, my ex-wife assumed that she was the better parent and thus more entitled to the child support, the house, and the kids’ care and feeding. As a good dad, this was just her assumption. Today, her assumption would probably be supported by state family law. But, I believe times are changing. Some states are seeing the benefit of equal shared parenting. And if we can gather enough momentum, perhaps we can take the issue up on a national level.

What do you think? Was my wife justified in asking for 70/30 custody? Was she making a decision in the “best interest of the kids” when she filed for collections with the AG’s office after my first late check? Did she consider how her actions would hurt her children, as she struck out at me?

If we can start the conversation as equals, I believe we can work out a more supportive and loving environment for our kids. And if my then-wife had not seen the divorce package as so favorable to her agenda, she might’ve considered working on the marriage instead of cashing out. It’s too late for me. My kids are 17 and 19. But I believe I can help dads coming after me. Dads that want to be engaged and equal parents should be given that opportunity without resorting to lawsuits and large legal bills.

Let’s put together a pre-natal agreement: If we agree to have kids together, let’s agree to 50/50 parenting whether we are married or not.

Final note: I had one of the happiest Thanksgiving moments in my memory. Both kids stayed at their mom’s for the entire vacation. I saw my son and daughter twice. My ex-wife saw them every morning and every evening. This is sort of what the SPO looks like for dads. We dads get a little of our kids’ time, and the moms get a lot. While I was happy with my life this year, I was also sad about missing so much of my time with my kids.

Watch this Video: Federal Title IV-D Incentives shows how designating custodial and non-custodial parents and establishing child support, gives federal money to each state for enforcement. Over 60% of the Office of the Attorney General in Texas are assigned to child support enforcement. They are incentivized to keep the child support payments high to earn more federal dollars for their department.

image: my trip to NYC last year with my kids was so amazing, that my return caused me to sink into a severe depression

Here is the Standard Possession Order Calendar for 2019.

Dads vs. Moms: We’re All #Parents or #SingleParents

Divorce in America – The Infographic