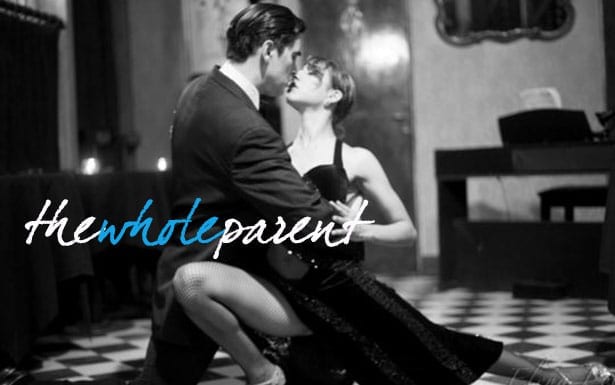 Divorce has a hard learning curve.

What you don’t know going into marriage (first, second, other) is what variables will change and how those changes will affect your life. But as you go through the entire process, marriage-to-trouble-to-divorce you learn some things. I’m going to try to highlight the big ah-ha moments I had in both my marriages.

We were young. I allowed her beauty and my passion to blind me to some of the issues we had early on. We had both just graduated from college and it felt like the thing to do. I was madly in love with her, but I didn’t know enough about her. I jumped into my first marriage on sexual chemistry and gut instinct. I thought if we were this happy then we’d be just as happy after getting married.

Lesson 1: Weather some storms before you tie the knot.

The first unhappy moments arrived my marriage on our honeymoon. I was suddenly seeing a very unhappy and angry person. Something, even in those early days of bliss, registered a big red flag. My thoughts as my new wife raged at me was, “Uh oh. I think I made a mistake.”

Lesson 2: As time goes on things that are not working are liable to get worse, not better.

You cannot count on the other person changing to please you or make things easier. If you both agree to therapy, you can move the needle a bit. But if one of you is having major emotional issues, no amount of goodwill, good behavior, or good intentions will fix things. If you are waiting for the other person to change, you are in trouble.

It took me three tries to end my first marriage, mostly because I didn’t want to be the person who gave up. But when anger becomes abusive, there is very little left to work on. Therapy was helpful, but you can’t go to therapy for the rest of your life. When the therapy ended so did the positive behavior modifications. Ouch.

I recoiled from my divorce for a while. I stayed out of the dating game for a year or so while I tried to recollect my own center and sanity. But I wouldn’t say I was healed when I ran into my second wife at a local coffee shop. We had gone to high school together, so we had an immediate connection, and from the initial reaction to seeing me, we both had some interest in exploring the possibilities.

There some initial miscommunication that later turned into huge problems. But during the early days of my courtship, I was unaware that she not only had a boyfriend but that she was living with him. I think this secrecy on her part hurt us later on when other issues began to arise. Again, I fell passionately in love with her before any “issues” came to light. And when they did, when she told me about the other guy, we broke off the lunches. But I should’ve run for the hills. After a month or so she called me up and said she was done. I think my loneliness and the magnetism caused me to jump right back in.

Aside from forging a new level of commitment, kids change the chemistry of the relationship as well. Overnight there are 200% more things to do. Chores become an issue. Exhaustion becomes an issue. And as you both slip into the overwhelm of raising kids some deeper level of personality comes out. In an overwhelming situation, you’re either a happy camper making due or an unhappy camper complaining the whole way. I was generally happy.

Lesson 6: Trust is the foundation of a relationship.

There seemed to be a lot of trust issues in the last half of our marriage. It seemed that I was always in the process of doing something wrong, or covering up something else I had done wrong. In fact, I’m not sure I was doing things wrong, but the unhappy camper was certain that their unhappiness was due to me. I don’t think another person is responsible for anyone’s happiness. And even therapy didn’t sort this one out. When the trust was broken the repair was difficult and ultimately failed.

Lesson 7: Intimacy does reflect a lot about a relationship.

Love Languages does a great job of marking out different ways people have of feeling love. And for sure, my 2nd wife and I had very different languages. But there’s a balance, even if you’re languages are completely different. And when touch is taken out of the equation for any length of time the entire relationship can begin to change. We are animals. And sex is a base-level need. When sex goes, the relationship is soon to follow. It reveals some deeper dysfunction.

Lesson 8: Even in cooperative divorce you need to get a lawyer.

As we parented 50/50 I was certain in our early divorce negotiations that we would end up in some 50/50 parenting in our divorce. So when the therapist we’d hired to guide us suggested starting at something much different I was upset but I did not stop and fight. I know today that I was whitewashed into accepting the Standard Possession Order and the non-custodial parent because it was what my then-wife wanted all along. We agreed to cooperate but right off the bat I was handed a non-cooperative ruling. In hindsight, I should’ve stopped the process and lawyer-ed up and fought. But I’m conflict averse and I listened to the reasonable therapist and my in-the-best-interest-of-the-kids wife. I was railroaded.

That’s a lot of water to pass under the bridge and yet I still want to get married again. So I’ve got to take the time to learn from these experiences and check-in on all the points before getting married again.

It seems the biggest marker for success is the general outlook of the other person: Happy camper vs. unhappy camper. In my second marriage, I thought we had a match, but the stress and change brought on by having kids sort of flipped her mode.

Spread the love
Tags: conflict averse, Divorce has a hard learning curve, divorce lessons, emotional infidelity, get through some storms together, getting over divorce, little things become big things, moving on after divorce, pay attention to what doesn't feel right, rage is wrong, take your time before getting married

18 Signs a Single Dad Likes You: Dating Again as a Single Mom

The Divorced Dad Syndrome Miss-plained By a Divorced Mom