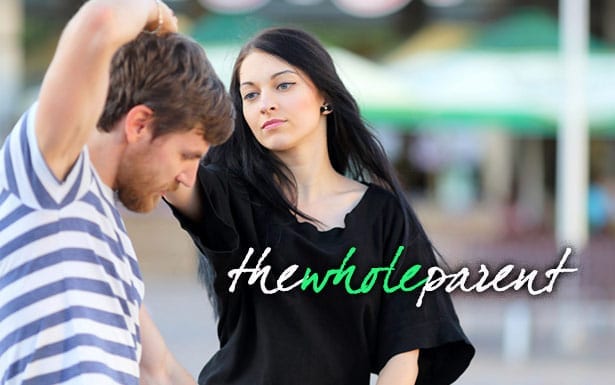 We are only responsible for our own happiness. Taking another person’s inventory is not beneficial for either party.

In recovery, we learn that focusing on another person’s problems is really none of our business. We can only be responsible for our own recovery (from alcohol, sex, drugs, pornography, whatever). It’s called taking someone else’s inventory. In a marriage it begins to happen if you don’t guard against it. I think I was pretty good at looking at and working on my own shit. I think my then-wife often looked for reasons that I was the cause of her unhappiness.

Now, seven years later she’s still unhappy with me. She’s still certain that I have done her some major injustice during the year or so that I was unemployed. And she’s got the big, state-enforced debt to prove my fault. But it wasn’t supposed to go that way. It’s the way the law is written, and it’s the way she chose to “enforce” it that became the issue. But had we been cooperative, or 50/50 as I asked, we would’ve cooperated and negotiated my economic hardship just as we do things like medical bills. No one expects them, but they come up. And together you deal with the issues.

When I told my ex-wife that I was going to be a bit late on one of my child support checks she got furious. I explained the situation and the prospects for new clients. She was unfazed and threatened taking action with the attorney general’s office. The second month I still did not have an exact answer for when I could “catch up.” And after a few more threatening emails she stopped talking to me. She wouldn’t even meet with me over the Summer when school was starting up again. “When and how much?” became her standard response to any request for parenting discussion time.

We withdrew into our fighting corners. She threatened. I pleaded. I looked for new business for the company I was working for. I struggled to make my mortgage and keep the lights on. I was burning through my retirement to make child support payments and when that ran out I ran out of options. She was mad. She was mad like she had been mad when we were married. It was my fault that she was mad. I was the reason for her pain and anguish. All of it. Except we know that’s not the way anger and anguish work.

Even at this time I could only focus on myself and my issues. I was working contract jobs for a small handful of clients but was not making money to make my mortgage and/or child support payments. My employer had lost a primary client that had kept me on the payroll. Nothing I said or did, short of delivering a check to her, was enough for her to relent or even discuss options with me. She was done and she let me know she would deliver our decree to the AG’s office by the end of the Summer. And that’s just what she did.

Now, about three years later, she is still owed this debt. The money I should’ve been making during our divorce, and the payments I should’ve been paying her, and now the debt I owe her has become a lien on my credit account. Yes, she has transformed me, a good-natured, honest, and transparent dad, into a deadbeat dad, in the eyes of the state and the credit bureaus. This new black mark on my record killed more than one job opportunity in the last few years.

This past week, when we reported to the AG’s office to reset the child support payments based on what I am actually making, she was still pissed about the money I “owe” her. I’m still her biggest problem. If I’d just pay her all the money I should’ve paid her, from money I should’ve been earning, then things would be just fine.

I tried this same kind of logic while we were married. If I could just get enough money in the bank she would relax. If I could get more of the chores done, hire a made once a week, and do the dishes every night, she would be happy. If I could get everything done and get an activity for the kids to do maybe then she’d entertain the idea of sex. Except there was usually a reason or two, an issue or two, that I had not anticipated or taken care of.

See, she was waiting for me to change. She was depending on me for some happiness that simply was not inside of her. Another person cannot make you happy. Sure, their actions can make you madder than hell, and sometimes their actions can be pleasing to you, but happiness is more of an internal thing. Happiness is a personal responsibility. That my ex-wife is still focused on me as part of her unhappiness just shows how much she still has to learn about compassion and self-improvement.

I am not responsible for my ex-wife’s happiness. The debt I owe her, money I did not make and therefore did not have to give her a portion of, is not going to make her happy. She’s not happy. She’s still unhappy about the way I’m treating her.

For me, I have moved on. I am dealing with the stress of the AG’s lien. I’m in a new relationship and feeling as happy and centered as I’ve ever been in my life. See, I know my happiness begins and ends with me and my thoughts. Even my ex-wife’s rage and antics don’t bring me down. She lost that power over me years ago when she decided to divorce me. And of course, I was learning that she never had that power to begin with. By focusing on my own issues and my own faults I am responsible for my actions. I am responsible for how I wake up each day and attack the hill with joy or anger.

I’m a happy climber. And I’m in a relationship now with another happy climber. There’s always going to be hills in life, and it is your attitude about your own work ahead that makes the difference.

The Good Dad’s Journey Through Divorce

What I Learned About Sex: It’s Almost All In Your Mind

Fighting Back Against Depression: How to be a Friend