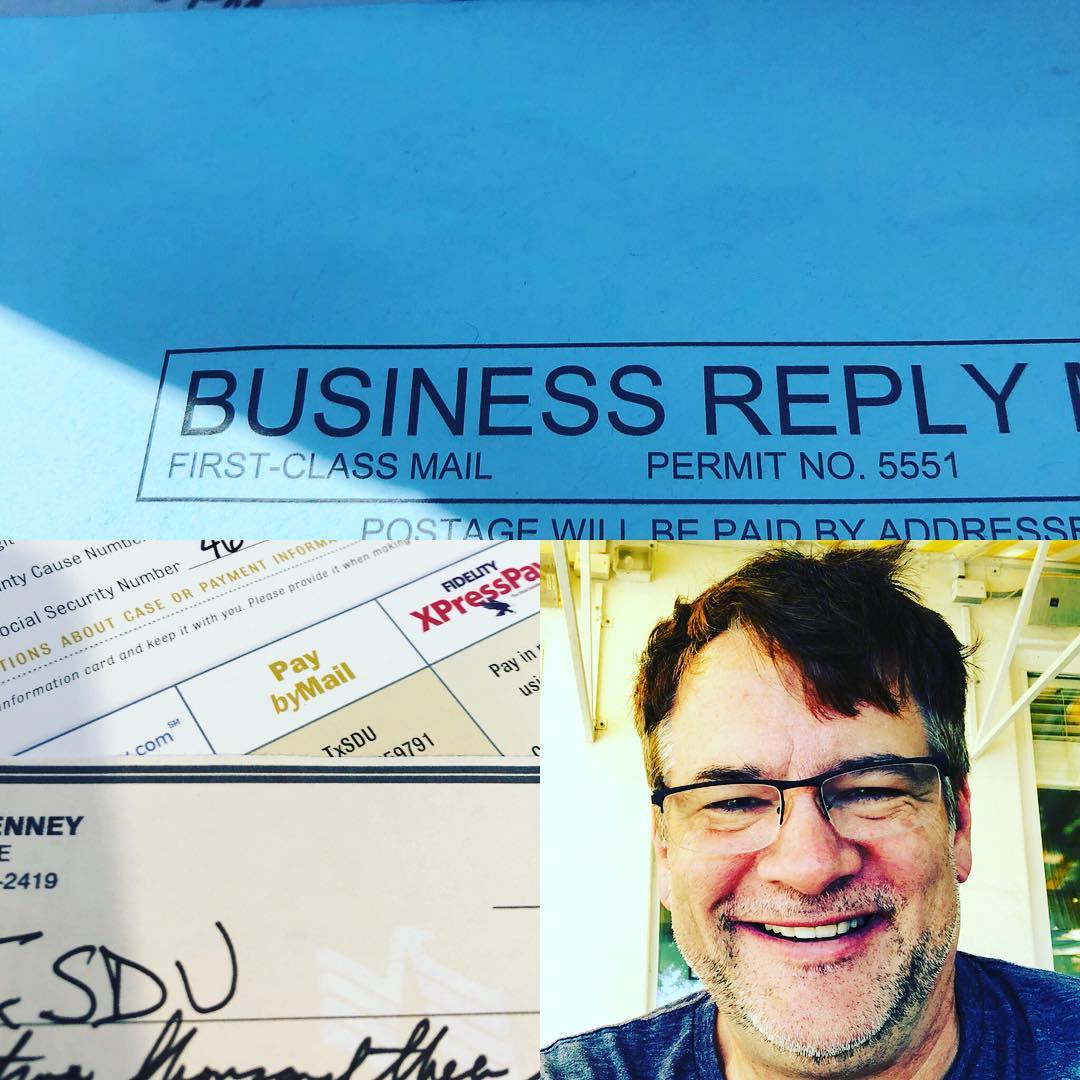 I should be feeling relief and happiness at getting caught up on my child support payments to my ex-wife (err, I mean my kids.). I should be grateful at the release this little bit of inheritance money has afforded me and my kids. I should be. But I’m not.

I’m going to refrain from retelling the story that I’ve told so many times here about being railroaded in my collaborative divorce, railroaded into accepting the traditional Texas Family Law process of giving the mom the lion’s share of the time with the kids and the hefty child support check. The situation is not that simple. Moms and dads are both valuable to their kids. And, contrary to the popular opinion 8-years ago, when my divorce was finalized, dads are just as important. Read that again, because a lot of you are going to disagree. Dads are just as important to their kids as their moms. And here’s the part you’re going to get mad about, AT EVERY AGE.

All of my wounds and recovery efforts have been packed into this blog in an attempt to make what was an awful situation into something positive. Today, I got the one response from her that I’ll ever get.

It’s more than I expected.

I don’t assume that she’s going to lighten up on her aggressive antagonism. I don’t assume she’s going to begin to include me in co-parenting discussions again. I don’t assume any goodwill from her. When we first got divorced, I counted on the goodwill between us. I did the best I could under difficult circumstances. I suppose we both did. We were all suffering from the crisis and reorientation of the divorce. With several big differences.

Again, I really wanted the marriage to work out, but I never imagined that our post-marriage relationship would devolve so quickly into animosity. Silly me, I’m still imagining we could be friends. Be co-parents. But, I’m just that way. Even in the face of her disrespectful behavior, I kept thinking my positive actions would sway her my way. That she would give me the benefit of the doubt. Or really, that she would include me in the parenting of my kids as we had agreed to in our parenting plan and divorce decree. That’s not how it worked out.

So, today my ex-wife is whole. And she’s thankful.

I suppose I am thankful as well. Thankful, that I can limit my interactions with her as much as possible. Thankful that I inherited a bit of money so I could ask the AG’s office to take the lien off my credit report. (That should only take 6-months or so, according to the AG officer I spoke with.)

I am not happy about the debt because the entitlement my ex-wife went into the “negotiations” about divorce assumed that she would get the kids, the house, and the paycheck. She did. And she’s still not happy. Perhaps, me being happy is part of her problem. Oh well, it’s not my business to take her inventory or that of her new husband and their groovy life together. It’s not even my business to ask for a portion of the payoff (pay up?) to be set aside for a college fund. She not only rejected that request, she slapped at it with an angry claw.

Divorce should start at 50/50. Shared custody. Shared bills. Shared hardships if one or more of the parents lose a job. Let the individual couples negotiate in Texas from that position, rather than the inequitable position we are presented with today. I’m just a dad. I’m doing the best I can at being a dad and remaining a strong presence in my kids’ lives. And, in spite of my ex-wife’s attacks and exclusions, I’m moving forward with my heart and my intentions in the right place. It’s the last thank you I will ever get from my ex-wife, and that’s fine. From here on out, we’re done.

See: I Am a Dad’s Rights Advocate: DADI (Dads Against Divorce Inequality)

Bad Habits We’re Supposed To Outgrow As We Become Parents

Why Is Online Dating So Hard?

The Third Glass is an Anti-Aphrodisiac for Me