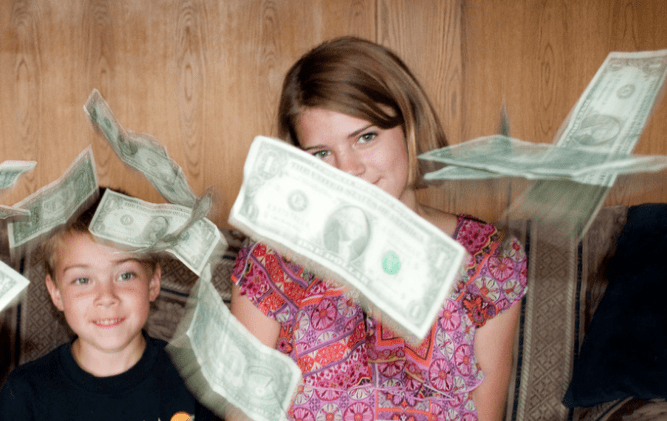 I try to stay positive with the mother of my children at all times, I really do. But she continues to do things that would get her divorced in any other relationship. Well, it worked out that way for her and me in the first place, but she doesn’t need to keep being difficult and self-righteous. I do a ton of things to keep the peace, but it’s tiring. When is someone going to offer me the merit badge for good friend and father? Never.

I know not to expect anything from my ex-wife. I mean, she really doesn’t owe me anything. In fact, I still owe her. But it’s a contract between us, my child support, and something I would not try to, nor could I ever get out of my obligation to my kids. Full-time employment in my field of social media marketing, can sometimes be a more hit or miss routine. I’m in for 10 months, have a good roster of clients, and then nothing.

About three years ago I hit a “nothing coming in” period and I reached out to her to explain the situation. Three years into the divorce, and still there was only flak and anger coming back at me. I shared my income, my prospects, and my business hunt on a weekly basis, trying to temper her need to press the whole “divorce” thing over the Attorney General’s office. For 45-days it worked. While I wouldn’t call it cordial, she was at least willing to give me a bit of time to figure it all out.

“Meanwhile,” she said, “I still have bills and I’m still forced to pay for things that we should both be paying on.” I was ashamed and motivated to increase my efforts.

She went ahead and filed on me. It’s the equivalent to sending your loved one (former loved one) to a collections agency. Suddenly my credit score fell through the floor, and I became listed as a deadbeat dad. What? How did all that happen? How did we get from coparenting, to answering to case workers and “pressing 2” for non-custodial parent?

And today she’s still certain that the 10% we pay to the AG’s office is some how worth her piece of mind, that she will be paid. I try to remind her that she get’s paid from every dollar I make. She doesn’t want to hear excuses. She wants to hear commitment dates.

She’s always been very spreadsheet oriented, and she’s obviously paying close attention to her balance sheets. And any dip or change in the plan causes unwelcome drama all over her prospects for a better future. I would’ve thought marrying a man with money (her new husband) would relieve some of her stress, but it seems to have made her even more intolerant of my situation.

And, the bottom line, she is entitled to all of the money. And in the best case scenario, my current work search will provide a renewed steady stream of income for her and my kids real soon. But again, I don’t see how having the state’s child support team clamping down on me is going to help. There is nothing they can do but threaten (which they do) and freeze my bank account (which they’ve done twice – causing more than $1,000 added expenses and hardships for me, along the way.)

“But you owe her the money,” the AG representative told me, hours before he froze my account.

“Don’t you see that I’ve just gotten a new job and have registered this new employer with your office?”

“Fine, but what about right now? I’m going to take half the money in your account to go against the debt  you are obligated for.”

“But I need that money for the kid’s health insurance premiums.”

I don’t think she’s ever considered what it’s like on this end of her authority stick. But it didn’t need to go this way, and the 10% she’s giving the AG’s office for staying involved, is money that would be better spent on our kids.

I’ve proposed a few scenarios for securing her debt while removing the AG’s office from my backside. So far, she’s stalled and said she won’t have time to think about that for a few months. Wait, what? “It’s just a conversation I want to have, not a decision.”

She’s in control this time. Much more in control than she was in the marriage. Having the angry hammer over my head, must give her some satisfaction, knowing she could precipitate my financial shut down with one phone call.

The Death of the Connected Co-Parent

Father’s Day As a Single Dad: How Divorce Changed Everything