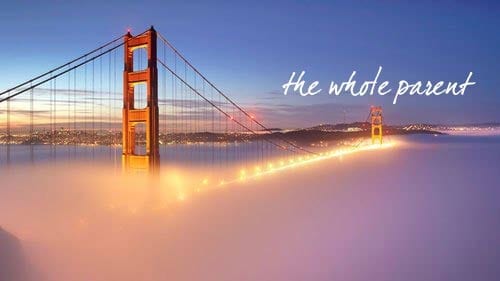 [I want you to contemplate the final seconds before a suicide attempt for a few minutes. This is an uncomfortable post. It’s supposed to be.]

As two beautiful, luminaries, died by suicide this week, I think it’s time we spend some more time understanding their pain. And, more importantly, understanding the act of suicide. Whatever you may think of these two people or their final acts of self-annihilation, you cannot think them weak. These were not losers who had merely given up on life. These two people were successful, wealthy, and seemingly to the rest of us, happy individuals. Yet, as they struggled with their pain, in some momentary act of courage, they chose to end their lives rather than endure another day in their darkness and isolation.

I’m guessing unless you’ve actually approached the edge of a bridge or put the barrel of a gun in your mouth, that you’ve not experienced the rush of panic in the seconds before suicide. I have. It’s not something I’m really all that proud of, but I’m not afraid to tell you what flashed through my mind (the love of my children for example) that brought me back. It’s the little things that bring us back. It’s the moment of love we feel that counteracts the destructive obsession clouding our minds.

In my case, I had just been to a doctor’s appointment with my 13-year-old daughter. We were seeing her doctor about her migraine headaches. The appointment wasn’t anything special. But my empathy about my daughter’s migraines (I suffered in my early 20’s) and the fragility of her young life, was all that I needed, it was the glimpse of light that pierced my momentary lack of reason. I was standing on the ladder, belt around my neck, wondering if it was going to hurt, or if the belt would break and not complete my deathwish. It was a horrifying moment.

And I want to stop my narrative for a second, and imagine the moments just before they committed their successful suicides. Without reviewing the stories, or their biographical material much, I can only imagine the flurry of bleak and tragic events that led up to their final moments. As Kate Spade was fastening the belt around her neck, as she was imagining her husband finding her, as she was so fkin hopeless that she’d decided to kill herself. In that final second (just before you step of the ladder, in my case) all the ramifications of your suicide come flooding in as if your soul is trying to stop you. That’s why so many people get drunk before killing themselves. They don’t want to face the rage of life, as your body and mind rebel against your vile intentions.

In those last seconds, Kate Spade imagined herself dead and what a horrifying impact it was going to have on her husband and children. And she stepped off the ladder anyway. Even as life was screaming for her to live, her dark ghosts were whispering some message of black salvation. There is an odd belief that suicide will end the pain. I suppose it does for the person who dies. But imagine, and you must if you’re about to kill yourself, all of the people who will be hurt and changed by your death.

My sister jumped off a bridge when she was 32, I was 22 and recently married. Her act, and the loss of her beautiful spirit has affected every day of my life since she died. Her pain blinded her to the love around her. Her darkness overshadowed any hope she could muster. And it wasn’t for lack of people around her. I spoke to her hours before she jumped. She was clearly distraught, and I asked if she wanted to come back to my house with my wife. She declined.

It was Christmas day, and we were going to meet back at my mom’s house for dinner in 3 – 4 hours. She hugged me as we parted, and I could feel the anxiety in her embrace. I could not change her trajectory. I could not reach her. I asked her again if she wanted to come with us. She said no. She then pulled her car to the side of the road, on the way to Christmas dinner, and left her Boston Terrier, Ruby, in the car, and jumped off the roadway into the dry creekbed below. The autopsy showed that she did not die upon impact, but struggled and dug her hands into the ground in her final moments of pain.

As I think about my sister’s death I know she was doing the best she could. It was not an act of cowardice when she jumped. But it was a moment of great confusion and existential pain. And the loss of my sister has affected me greatly. And I’m sure, as my family has watched me struggle with depression, the idea that I might follow my sister, cannot be far from their minds. I make a special point of checking in with my mom, now.

And that’s the spark that kept me on the planet. I didn’t want my daughter to suffer. And in that moment of illumination, I saw how my death would crush her youthful spirit. I had a moment of clarity during the moments of racing suicidal tendencies that had moved me to the top of a ladder with a belt around my neck. I had a “what the f*ck” moment. And I came down off the ladder.

Somehow, while I was in my deep despair, I imagined that I would be with my dead sister if I just took my own life. But, dear readers, that is a lie. That is a suicidal fantasy that is common in people who suffer from depression. If we die, we will not only be relieved of the pain, but we will get to ascend into heaven and be with all the people we love who have left before us.

And while I don’t take the Christian view about suicide, I also don’t think my sister is up there looking down on me from heaven, waiting for some future time when we can hug each other again. My view of suicide and death: it’s the end of the line for your soul and your personality as you know it. There is no “John” after death. Even if I believe, that my soul will be returning home to be with God, I don’t see how “John” in any recognizable form will continue to exist. The concept of returning to the embrace of my dead sister by killing myself is a grotesque twisting of “life everlasting.” She’s not up there somewhere. And killing myself would only end me, it would not transcend me into some other world. That’s not how life works. And that’s certainly not how death works.

So, why didn’t Anthony Bourdain and Kate Spade not have moments of illumination before they killed themselves? Why was their despair so deep that even while they were doing what they loved (Bourdain was filming his show in France) they could see no way out of the pain except through suicide?

In that horrifying second, as I was pulling my foot up to step back and kick the ladder forward, all of my life screamed for me to reconsider. Why didn’t Kate or Anthony listen to that voice? What could’ve been so bad? What blurred out their joy and hope? What allowed them to not consider those left behind?

And that’s really the lesson I learned from my suicidal acting out. As I contemplated the pain my daughter would feel, not to mention the shame about my act, I came to the decision, in that last second, to live rather than die. I decided to be a depressed father, or a hurt father, rather than a dead father.

I have a dead sister and a sister who is alive. My living sister has two kids who have been a huge part of my life and my kid’s lives. My sister’s life and her inclusion in my life multiplies my joy and my sense of belonging by exponential amounts. I cannot feel my dead sister’s life anymore. I don’t know what impact her future would’ve had on me and my kids. I can’t really imagine her beyond 32.

What I know is that I lost a sister to suicide and that pain informs all my future decisions about my own depression and my own suicidal tendencies. I made a pact with myself after the ladder incident. If I was ever going to kill myself I was going to jump off the Golden Gate Bridge. That’s my agreement.

What this construct does for me is it allows me to have suicidal thoughts (Things would be better off right now if I were not here.) and to chuckle at the idea of acting on my impulses. It takes the impulse out of the equation. I’d have to buy a ticket to San Francisco before I could kill myself.

Here’s the final bit of wisdom, from one of the books I read when I was struggling with my own mental demons. If you have a plan, call 911. If you are buying bullets, if you are hoarding Ambien, if you’ve put a belt around your neck to test the fit and strength, call for help. The “thinking about suicide” is more normal than you might think. A lot of people think, “The world would be a better place without me in it.” It’s the people who attempt suicide, and like Anthony and Kate, are successful, who put a PLAN in action. If you have a plan, call for help.

I was in therapy during the time that I was closest to killing myself. I remember having the discussion with him. Perhaps he should’ve hospitalized me. But we talked about it. Somewhere inside me, somewhere inside Anthony and Kate, there was a will to live. I listened to that voice and I stepped down from the ladder. I put the ladder away. And I made a deal with myself about the Golden Gate Bridge.

I guess you have to be on the brink of suicide to really understand it. The hope is that you will find a reason to step back from the edge. The tragedy is when people, successful and seemingly happy people, don’t step back. In those final horrifying seconds, when their souls raged at them to LIVE, both Anthony and Kate stepped into the darkness anyway. Their horrified souls extinguished. Their families now forever horrified and changed by the ripped hope of suicide.

If you or someone you love is struggling, check-in with them. If you need help for yourself, reach out and ask. Someone is standing by online or on the phone in the resources that follow this post. Please get help. Don’t suffer alone. We, the living, need you here.

As a certified life coach, I’ve been helping men and women find fulfilling lives post-divorce. If you’d like to chat for 30-minutes about your dating/relationship challenges, I always give the first 30-session away for free. LEARN ABOUT COACHING WITH JOHN. There are no obligations to continue. But I get excited every time I talk to someone new. I can offer new perspectives and experiences from my post-divorce journey. Most of all, I can offer hope.

[Author’s note: My daughter is now 15. My event was several years ago. My “team” is in place and stronger than ever. And my Golden Gate Bridge agreement with myself has proven quite the tonic when I’ve imagined moving from ideation to planning.]

The Coffee Date Fail: A First “Hello” from a Bumble Sweetheart

The Fatherhood Wide Open Interview: Getting Real About Whole Parenting