“We tried. We are different. We love each other enough to let it go.”

There is so much to celebrate about my last relationship, I don’t know where to start. And then, there’s the crash. This post is my attempt at using the flight recorder data to understand more about what when right and what ultimately led to the crash landing.

OK Cupid is a strange and wonderful dating site. I like it because people can let their hair down a bit. And where things get fun are obviously (if you’ve tried it) in the question and answers. There are thousands of personality, relationship, dating, sex, questions that you can answer as part of building your profile. And occasionally, you can get a pretty good picture of that person’s kinks, desires, and styles in the answers to their questions.

When you visit someone’s profile, OK Cupid shares it’s “match” percentage on a number of factors, all related to your questions and how your answers stack up with this potential partner. If you have both answered a question (about oral sex, for example) then you are shown and scored on your hit or miss. If the other person has answered a question but you have not, you are given the opportunity to answer it yourself to see and compare their answer. It’s as simple as that. But with a question like “oral sex” it’s obvious if this is a thing for you, that a miss on this question might be a deal killer.

In the case of my last loving and amazing partner, we matched up on OK Cupid quite well. And there were some questions she had answered that challenged my thinking. Some of them I answered as well, and for the most part, we matched up. According to OK Cupid, I think we were a 92% match overall and a 97% match on the sex questions. Well, that’s enough to catch your attention. And in my fashion, I’d then move on to the more subtle sections: dating styles, politics, religion, etc.

After a few heated exchanges via text messaging my new friend and I decided to have a phone call. In my dating experience, a phone call is essential. In about two minutes you can get a feel for the person’s style, their communication skills, and even their education level. Our first phone call was fair. I was too hyper, too full of my self, and we ended on a “maybe next time” note that left me to believe I had blown it. But a week or so later, she texted me again. The second phone call was off-the-hook good and we were off to the races, at that point. After two electrifying and illuminating phone calls, we set our first coffee date which I inadvertently broke. Strike two against me, and she still agreed to another date for a Mexican brunch. (My absolute favorite meal option.)

I knew from her several photographs that she had an amazing smile. Joy seemed to radiate from her face as she shared her happiness with you. And when we met the chemistry was no less electric for both of us. Our conversations on the phone had traveled into many a deep personal narrative and we took this chance to confirm a few of our initial thrills. Now we could ask the person, point-blank, “So you’re into …?” And the resounding yes, became a well-lit exit sign on the late night highway of online dating that said, “Exit here for fun.”

As we chatted and drank coffee, our eyes and eventually my hands became enthusiastic and probing.

The chemistry for both of us was high and pointing towards previously unachieved highs. There might have been some lows in there that I was unwilling to acknowledge at that point, but in the heat of the moment, we both expressed an intention to have a second date. And there was no doubt in my mind that I was going to kiss her in the parking lot. And when I did she leaned in and the world vanished for about two minutes. Requirement: good kisser. Confirmed!

Now, part of my initial hesitation with this lovely woman was that she lived about 45-minutes out of town. “How are we going to do this dating thing, when you live so far away,” I asked. “I mean, you must’ve thought about it, since you’ve been dating a bit longer than I have.”

As we mapped out our next meeting the plan was set to have me visit her small town and “either way” spend the night. We were going to enjoy a bottle of wine and I didn’t want to be driving back late at night. That was set. I believe we both had carnal intentions from our second phone call and we were just waiting to get the private opportunity to continue the kiss.

And the raging passion in the bedroom took us euphorically through the next three weeks. (And, perhaps that’s another warning sign right there.)

All the Other Stuff

As we continued down our “relationship” path we were both surprised at times by the differences in our opinions, lifestyles, and sexual experience. (“Nope, I’ve never done that. Wasn’t a thing for me,” I’d say. Her eyes would twinkle at me.) And thus began the relationship building extension of our relationship that plodded along in fits and starts. We were very different.

In Meyers-Briggs I think we were exact opposites. I am an ENFP she was an ISTJ. (I need to ask her about the N vs S.) 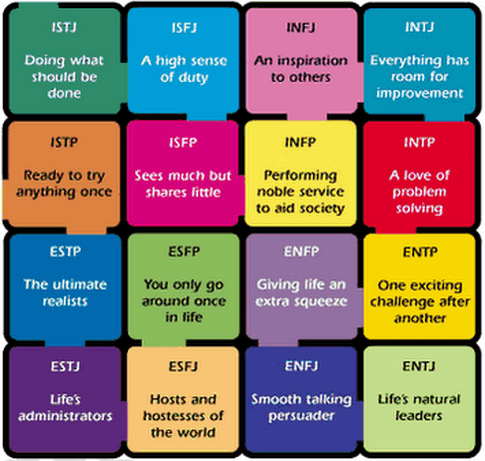 E – extroverted – how I move through life and try to get my creative dreams accomplished.
vs
I – introverted – occasionally unable or unwilling to ask for what she wanted or needed, she’d keep it to herself
Favorite world: Do you prefer to focus on the outer world or on your own inner world? This is called Extraversion (E) or Introversion (I).

And it wasn’t all bad when you looked at how our BM DNA stacked up. But it would be challenging. We go about our tasks in daily living with two completely different philosophies. And while that was not initially a red flag in my book, it became more of what broke our connection for good as things became more strained. Under crisis, people tend to exhibit the best and worst of their innate qualities. And our relationship was no different. With the crisis came the dysfunction.

“I am not more evolved or better than my partner.”

And then there’s the hard stuff in life we all have to deal with. Over time, as adults, we develop coping mechanisms, strategies, action plans, for dealing with our own shit. Either we get pretty good at it, or we don’t. When we’re not very good at maintaining our own emotional boundaries (See: BRAVING article) things begin to come out sideways. Partners can become targets for workout out our older demons, even when the partner has nothing to do with the emotional trauma that is being expressed. In my recent relationship, this began to become a problem. Different styles can explain some of the problems. As an introvert, she might not share clearly when she was feeling hurt or discounted. And emotional temperament can account for additional differences in our processing of difficult issues.

And with us, the load of the disagreements and disconnects became too great for us to sort through. I was asking for BRAVING and boundaries. She was expressing discontent at my ability to stand in for her during a difficult time. Ultimately, our styles led to our unraveling. As an introvert, she often didn’t say what she was feeling. And when she did her emotional state was in such disarray a fruitful conversation was not possible without a timeout or emotional reset. As an extrovert, I glossed over stuff, I blasted through my perceptions of the issues and demanded a resolution. I wanted results. I wanted things to be fixed. I wanted her to be more extroverted and tell me what was going on.

We didn’t brave all that well. Our boundaries had not been clearly established and respected. And in the end, as we parted friends, we both understood there were parts of ourselves we needed to work on in the next relationship. I still love this woman deeply, but I no longer feel it is beneficial for us to be in a relationship. I am grateful to her for all she taught and shared with me. I am blessed by the opening she created in my heart for BIG LOVE. And we send each other our on journeys with high hopes and best wishes.

This is how you break up. “We tried. We are different. We love each other enough to let it go.” 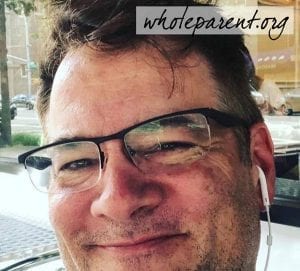 Our Response to Someone Else is 100% Up to Us: Choose the Positive

Back In Pursuit of Love: Slow Dating as a Single-Parent

The Pre-Natal Agreement from The Whole Parent