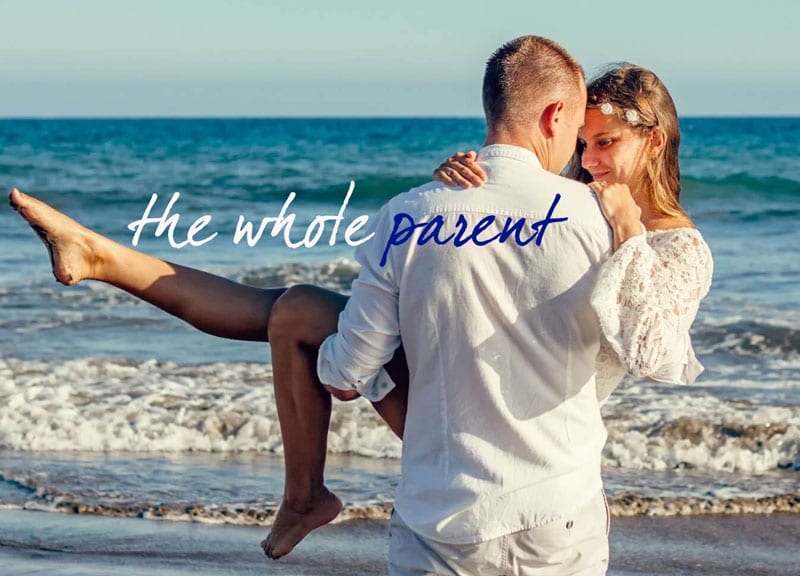 Dating is not enough.
If you don’t know what you’re looking for,
you will surely miss it.

My goal in dating, in setting out a dating plan, was to wind up in a relationship. I don’t like dating. I didn’t like dating. And now that I’m set to remarry in March of 2017, I can tell you, while the process was not unpleasant, I prefer being IN a relationship to searching for one. Let’s get caught up.

I said this was of critical importance to me in my next relationship. Both the women I dated before finding my fiancé were moms. And I assumed that being a mom was a requisite for dating me because I assumed that the “mom” gene was required to understand the “dad” gene. I was wrong. My fiancé can accept my dad role alongside my mate role. They are not mutually exclusive, but one is not more important than the other. In fact, as I began to date my fiancé it became more and more clear to me that establishing my next relationship was as important as being a good dad. And in several years, my kids will be going off to college and all I will have is my relationship. I determined that getting the relationship right, regardless of kids was more important that if the woman had kids of her own. Date the woman, if she has kids or does not have kids is just part of the equation.

Going for a Long-term Relationship

As I stated early on in my dating adventures, I was not “into dating.” I was looking to be in a long-term relationship. (LTR) My dating activities were focused with that in mind. If chemistry was lacking on the first date, it was also the last date. I wasn’t interested in creating the next relationship. I wanted sparks and fire and excitement right from the start. I wanted spunky, adventurous, creative, and beautiful all wrapped into one package. I was not going to settle for “all right” or “nearly.” I was either all in or all out. I learned to streamline my dating process by using this rule: If I didn’t see a future in the relationship there would be no second date. Sure, people warm up to each other over time. But chemistry and initial attraction were part of my program. And when I went out with my fiancé I got all of my wishes in spades. Even as I was telling her, I was really not looking for a relationship, she was blowing my circuits with her charm, smiles, and wit. She knocked my socks off from the first Facebook text. And things have not slowed down one bit.

Going Too Fast in the Early Stages of Dating

When you know it’s right, when you both know it’s right, there’s no need to hesitate. Jump into it. If you’re going to blow up, blow up big and soon. Why piddle about and “see” if things are going to work out? We jumped at the assumption that everything was going to work out, and the attraction and compatibility we felt early on was all the signal we needed. Granted we were both in the right position, we were both looking for NEXT, and we were both open to a long-term relationship. As they say, “Timing is everything.” When the timing was right with us, we were planning a trip to New York City together within the first six weeks together. BOOM. Don’t hesitate or you might miss it. Don’t doubt the magic, if you feel it lean into it, and if it goes away or fails, you will know you took your shot.

Not Sweating the Small Stuff with Your Partner

We’ve always maintained our eyes on the big relationship picture. We can disagree on several things while still maintaining our balanced love for one another. She can irritate me, and I can trigger her anger, and we know we’re bigger than any of the little misses. We have the BIG CONNECTION figured out. The little misses, the irritations, the things left undone and unsaid, can be repaired in the wake of the huge love we feel towards one another. If you’ve got big love, the little details will work themselves out.

The Kids Are All Right

My fiancé does not have to be best friends with my kids. They don’t have to love her like a second mother. We don’t have that kind of relationship between the four of us. She is Martha, they are my kids. We all have a relationship together. Sometimes they are the priority, sometimes it’s Martha, sometimes it’s myself. But it never gets confusing because we are not jockeying for position. We all love each other. She loves my kids because she loves me. They love her because they have seen the transformative effect she’s had on my life. We are all happy. And we are all individuals in a relationship with each other. There’s give and take on the weekends they are with me. There is more flexibility and freedom on the weekends when they are with their mom. What we do have is time. And the time I get to spend with all four of them is of peak value. And when I most feel like a family is when we are driving somewhere in the car together and the kids are rolling their eyes at our overt displays of affection for one another. “I’ll get to be so lucky,” I say, to see you guys in love in the future. They get it. We all get it. We are a family of individuals who come together on alternate weekends to be a family. There’s plenty of flexibility in that and plenty of togetherness.

Building a Relationship for the Future

The kids will be moving past high school and moving out sooner than I imagine. I am going to eat up all the together time with them that I can. While I have the opportunity to be with them, I will show up 110% for them. And as they reach escape velocity I can focus even more on my primary relationship. We’ve started talking about retirement, dreams, next big plans. And we’re 100% in sync. Life after kids will not be a lot different than life today, but we’ll have even more time to explore things together. And when possible we’ll invite my kids along for the ride.

As you look to build the long term relationship with a spouse, remember your kids are important, and in some ways, they are priority number one, but that will change over time. As you become less of a priority in their lives, as they move on to college and their own lives, you will be left with what’s next. Make sure you are building the NEXT that you want. As I was looking at dating a woman, I was ever conscious of the next I wanted to build together. Today I have that and it gives me great hope and joy for the future.

Back to Dating After Divorce

The Four Simple Rules for Dads Getting Divorced

Accounting for My Taste in Women

Coparenting When the Other Person Wants to Fight