According to science, testosterone is what regulates sexual desire. And, as expected, men have a lot more of it than women, both the hormone and the desire for sexual activity. That’s a fact of our biological evolution. Men hunt for food and available mating partners. It’s in our DNA. But in the modern world, can these sexual differences cause problems or be the key to opening up a better balance in our sexual compatibility? 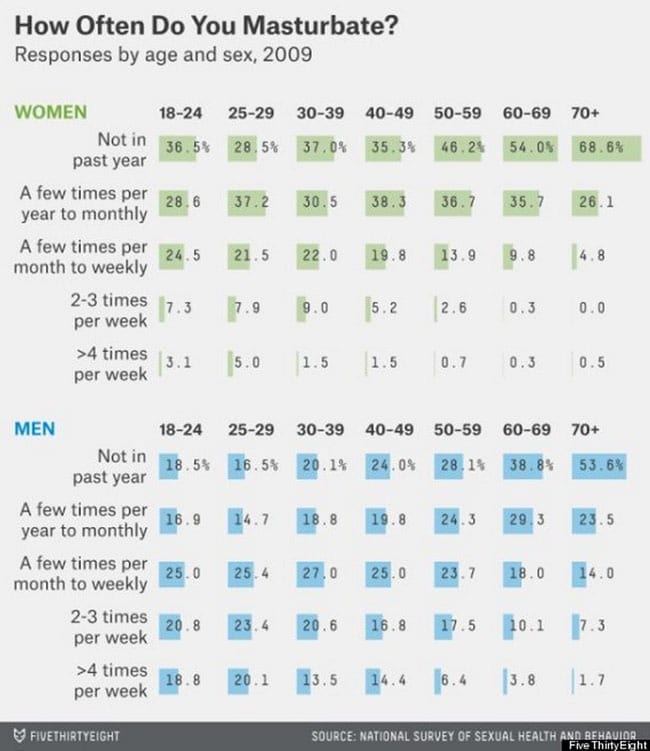 So what do you do with a relationship between men and women when the request for sex is constant and unrelenting? Well, of course, the man needs to figure out a way to pleasure himself, or he’s going to be frustrated a lot of the time. And it’s really not the woman’s responsibility, even in a marriage, to pleasure us. It’s a dance. We men are constantly asking for, thinking about, and craving sex. Women, not so much.

I read recently about how women need a bit more ramp-up time to get in the mood. Sexual desire is not something that drives their daily motivations. And the suggestion from a woman for women, was instead of saying no all the time, to say, “Let’s see how you might be able to get me in the mood.”

In my experience, the imbalance is manageable as long as the relationship is in good shape. If the conversation and trust iarestill intact in the marriage, the constant pressure from the man can become more of a game, rather than an irritation. When things were working for us, sex was just a part of our play. Sure I was in heat more of the time, and she was able to pleasure me efficiently and quickly in the shower as we were getting ready for work. And it was easy, often involving contact and rubbing rather than penetration.

But when the relationship begins to go south, sexual communication becomes more and more strained. And sure, women cannot satisfy our every craving. That’s not their responsibility. But the dynamic is there either way. If you’re not talking about it, or playing about it, it’s getting built up and the imbalance may become more and more painful.

That was the big indicator to me that things were not working at all in my marriage. I was fine with self-pleasure for long periods of time, but ZERO sexual connection over a month, that began to get my attention. And ultimately this is the pain that I woke up to and began expressing in my marriage as complaint and dissatisfaction. Again, I’m not talking about daily or even weekly sex. I’m talking about going a month without so much as an encouraging touch. Nothing. Nada. Zilch. Something was out of whack, and my whacking was not going to repair it.

Sex is an important part of any relationship. And for some of us, more “touch-oriented” a lack of sexual connection is akin to starvation. In the last year of my marriage, I was not just sex-starved, I was touch-starved. There was so little affection coming from her, that when she said, “I love you,” one night, out of the blue, I felt immense pain. I realized for the first time how infrequent her expressions of affection of any kind had become.

My Miss Fortune – Taking Inventory of my First Two Marriages

The Pretty Women Passing By, Gazelles, Lions, and Human Hunger