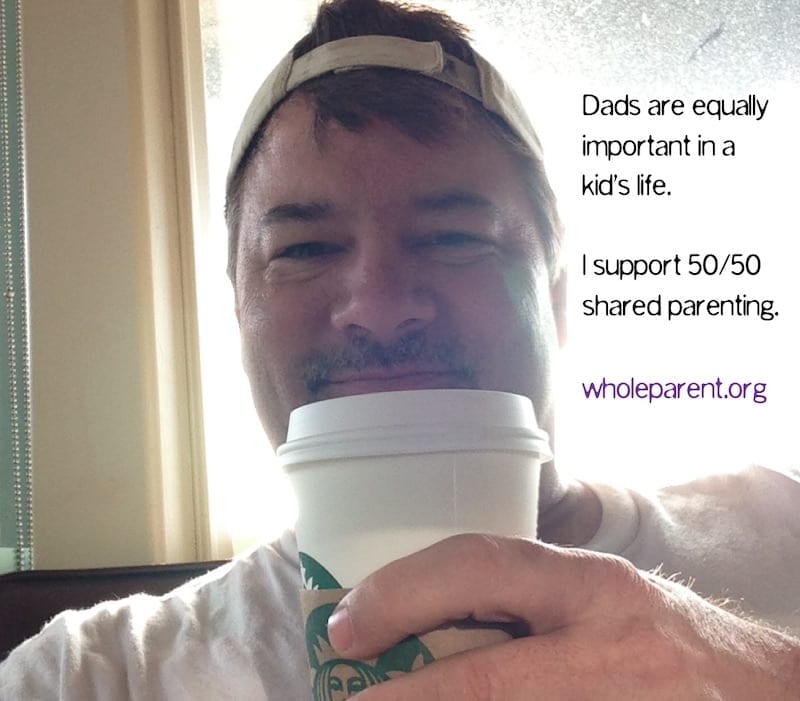 As a 56-year-old man, who has been seeking a new relationship for the nine years since my divorce, I’ve been formulating some ideas and strategies about dating and finding my next long-term relationship. I knew it wouldn’t be easy. I hoped the path would be shorter and less full of snares and tar pits. But, here we are. Here I am. Let’s check-in.

Discomfort at the Edge of the Unknown

When our primary relationship breaks down, entire parts of our lives (spiritually, emotionally, physically) are going to change. Our response to this change is what makes the difference between resilience and depression. Our exit from a primary relationship is a come-to-Jesus moment: either you deal with it in a healthy way, or you fall to pieces. I’ve done a bit of both in the last 9 years.

The divorce for me was a pivot point that reset the known universe into something foreign, lonely, and frightening. From being a committed and devoted dad with a wife and two kids, I became a single dad, who got to see his kids every other weekend as long as things went to plan. And I was now spending 70% of my nights and weekends alone. It was like the jumping-out-of-an-airplane version of empty nest syndrome. Except in my case, there was no warning, and I was not even sure if I had a parachute as I lept out at 20,000 feet. My wife and kids waved goodbye to me, like I was heading out on an extended business trip. But she and I knew that I would never return from my expedition. The house, the parenting time, and the family routine were going to continue, I was simply being dropped from the main narrative.

I was asked to lie to my children about the specifics of the why and how of the divorce. In solidarity, and to protect the children, I had to go along with the fable that WE had decided it was best for everyone if we got a divorce. “Mommy and daddy still love you, and will always be present for you, but…”

Divorce happens to a lot of people. (It seems the statistics are over 50% for first marrages and ever higher as the attempts at a long-term relationship continue.) Somehow, both dads and moms survive. And if they can both focus on the wellbeing of their children rather than their own needs and ambitions, the transition to co-parenting can make things easier on everyone. If, on the other hand, one parent is fighting for the survival of the relationship (couple’s therapy, self-care, chore-sharing, parenting balance at 50/50) while the other parent is seeking legal counsel determine their options and financial expectations if a divorce were requested… (This was my story.) There is an immediate imbalance that puts the dumper (who asked for the divorce) at a significant advantage over the dumpee (who was working to stay together).

Emotionally, men are expected to carry on after the divorce as if nothing happened. They are expected to go to work and provide for the family in the same manner they had before the divorce. And in some twisted logic of the current parenting laws, the dads are given more time without the kids because they’re about to have a hefty child support payment before being able to find or pay for a place of their own.

In the misguided family court system, moms are the emotional heart of a family. Dads, who are often working out of the home, are described as more distant from the kids. It is a stereotype that is as unhelpful as it is inaccurate. As this myth is perpetuated and reinforced by the court system, dads are given the non-custodial role 85% of the time. Along with that they are often “awarded” the Standard Possession Order, which equates to 70/30 parenting. It’s not fair. It should be changed. (See our resources page to see how you can help.) But this is the current state of divorce in most of the United States.

In the same vein, dads are not expected to feel sadness or confusion about the loss of their children. Dads, and men, in general, are expected to be stoic, and “man up” with their jobs, their emotional lives, and their support of the ex-wife and children. Dad’s are asked to swallow the bitter pill of the lopsided divorce law and then smile as they write the checks and pick up the kids for “their weekend.”

In several states, not Texas, the family courts are beginning to recognize the truth, that dads are just as vital and emotionally supportive as the moms. Children need their dads just as much as they need their moms. (You will hear a lot of women, mothers, and single mothers try and call bullshit on this, but the research is in. Dads do matter.) And, if you are fortunate enough to be in one of these progressive states, the courts will start at 50/50 shared custody, and negotiate the plan and financial arrangement from the assumption that both parents are equals. As we parent, so we should divorce. If we did everything 50/50 from the moment we decided we wanted to have kids together, shouldn’t we continue that collaborative parenting even after we are no longer married to one another?

What you can do if you’re heading into a divorce with children. Both parents can agree to a 50/50 shared parenting agreement. Share the bills 50/50, share the parenting 50/50, share the responsibilities 50/50, just like you parented. (Big reveal: your responsibilities to your kids don’t end when they turn 18.) If you parented 50/50 and your want to continue parenting 50/50 after divorce you either agree with the other parent about it, or you go to court.

In my case, I did not want to sue my soon-to-be-ex-wife. And in 2010, I would have lost. Today, dads who ask for 50/50 parenting, and can show intention and responsibility, are likely to get it. But they will probably have to lawyer up to get it. I agreed to a collaborative divorce with my still-wife, assuming that the way we parented was the way we would divorce. But when given the opportunity to have the kids 70% of the time and a $1,500, tax-free, paycheck, I think my ex-wife saw an opportunity to have it all, and she went for it.

I would never have done that to her. I believed we were equal parents. I sat in disbelief as she told the counselor how she was the better parent, how she was the responsible parent, and how it was “in the best interest of the kids” to have her as their primary caregiver and me as the ancillary, or non-custodial parent. She lied to get what she wanted. And she has to deal with that emotional karma even as she enjoys the money and the majority of the kid’s lives. For now.

What the Future Holds for Dads

I believe the dad’s rights movement is gaining strength. And I believe if you are a dad and you are heading into a divorce with kids, that you should probably lawyer up regardless of how cordial you and your soon-to-be-ex are at this point. When push comes to shove, and the money and time with the kids is on the table, the knives will come out. Protect yourself. Don’t be lulled into a collaborative or cooperative divorce if you sincerely want 50/50 parenting.

I do think my ex-wife and I could’ve agreed to 50/50 parenting and gotten a judge to sign off on our agreement. But she would never have given up her legal/strategic advantage. Perhaps she was doing what she thought was best for the children. Perhaps. But I think she was more self-centered than that, she was doing what she wanted, regardless of the impact on the kids.

I hope that we are able to change the family laws in Texas to start at 50/50 shared parenting, but it’s still a long way off. Take courage, if you are a father, and get support from the local groups that are available to support your fair and equal custody agreement.

My Life Coaching Plan in 30-seconds: A Free Gift

Pause in the Gap: Trying to Force An Answer Is Not the Way

The Sober Person’s Perspective in a Drinking World