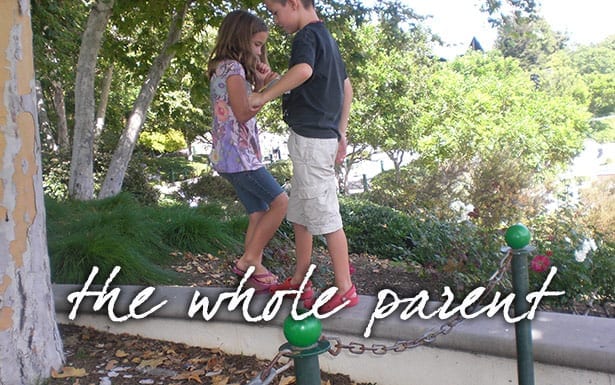 Instead of access to your kids all the time, you can now only see them 8 – 10 nights a month. For me this was the biggest loss in my life.

There is no way around it. The first time I was given my “options” I cried. I had been pulled kicking and screaming into the divorce counselors office to draft the parenting plan for our upcoming divorce. A divorce which I didn’t want, didn’t ask for, and felt drafted into. There was no hope for repair, once she’d revealed she’d been to see an attorney. She’d been looking into her options long before I knew the marriage was in trouble.

“We see this all the time,” the expensive Ph.D. therapist told me. “Dads who are oblivious to the forthcoming divorce. They tend to be overwhelmed, disoriented, and not ready to prepare themselves for the next chapter.”

While I went to these sessions with the idea that we would spilt the schedule evenly, to allow for both of us to have the same amount of time with our kids, that was not what she wanted. And having consulted with an attorney, that was not what she knew she would get if we went to court. We had decided we were going to leave the financial and legal aspects to our cooperative style. Once I came around to the idea that a marriage was not viable with only one willing partner, I was actively participating in our plan. But the deck was stacked against me.

Today in 2015, I might have a better chance of getting the joint custody and 50/50 schedule I wanted. In 2010 things were a bit different. So as I brought in my half-and-half schedule, and books about co-parenting, I was told I would take the non-custodial role and get the Standard Possession Order (SPO) to start with. Everything else could be negotiated.

They were still struggling in their tiny lives, to understand why their laughing dad wasn’t around all the time to lighten things up.

Well, the way it’s explained to you, when you first hear it, is every other weekend and one week night on the off weeks. There’s some provision about a full-month in the summer to make up some of the imbalance, but that’s not a reality in today’s working parent’s lives. So with the SPO, in my state, I get to see my kids 29% of the time.

The crushing news to me at that moment, and to most newly divorced dads was this: Instead of access to your kids all the time, you can now only see them 8 – 10 nights a month. For me this was the biggest loss in my life.

I could suffer the loss of the relationship. I could suffer the alone time and losing the house and neighborhood. But the loss of those kids, those childhood years, are still painful to me. It should not have gone that way. We should’ve agreed to figure the 50/50 parenting thing out, but I was negotiated into the box of the non-custodial parent and the SPO.

Today, just over five years later, I am still struck by the loss of my children. As I was closing up their rooms this afternoon, I tried to avoid feeling the hurt. I had a great send off this morning. I saw them off happy and well fed. And now they are gone.

As it turns out, we’re modifying the schedule a bit more this coming year. On the off weeks, so the kids don’t have to transfer their things, I’m settling for a dinner rather than a sleep over. And frankly, that’s a pretty good deal for me. Again, it’s not what I would’ve chosen, but it appears to simplify their lives. And in some ways it simplifies mine as well. In the coming year, I will have 2-of-10 school mornings every two weeks. That’s the hardest part of the routine. Getting everyone up, fed, and to school on-time. Giving up two of those mornings a month wasn’t a hard decision.

Still, back then, back when my kids were finishing up 3rd and 5th grade, there was no rational reason for giving up my 50/50 request. I simply got what was coming to me, and agreed to settle for 29% custody and a substantial child support payment. (Those things go together. The non-custodial parent pays the custodial parent.) Back when my kids were younger, this time was so precious. This loss of time was much more painful. I could feel it in my kids hearts when we got together, how they had missed me. How they were still struggling in their tiny lives, to understand why their laughing dad wasn’t around all the time to lighten things up.

So today, dads who are looking at divorce, I’d suggest you consult an attorney. Even if you’re planning on doing a cooperative divorce. You need to look after your own best interests, because your ex won’t be thinking about your needs at all. And your high-paid counselor might not put much importance in the idea of 50/50 parenting after divorce.

My ex is still not sure if that’s what’s best for the kids, five years later. So we’re heading into another grossly imbalanced school year. It’s okay. I’m enjoying the time in my new relationship. So I’m not lonely, or pining away at the empty rooms. But I feel their loss, their absence, every time they leave. And they’ve been leaving for 5 years. I’ve got 6 more years to go until my youngest is gone for good. I’d rather find a way to reach parity, even this late in the game, sooner rather than later. Of course, there are a lot of factors involved. And with school starting next week, it’s easier just to leave things as they are.

Sad but easy. The non-custodial parent is treated a bit like a second-class citizen in the legal system. If you want to go for 50/50 divorce parenting, I think you’ll need an attorney. I also think it’s worth it, if you want to spend as much time as possible with your children. Just a few years ago the fight would’ve been uphill. Today, with some guidance, perhaps my then-wife and I would’ve negotiated a more balanced schedule.

As a certified life coach, I’ve been helping men and women find fulfilling lives post-divorce. If you’d like to chat for 30-minutes about your dating/relationship challenges, I always give the first 30-session away for free. LEARN ABOUT COACHING WITH JOHN. There are no obligations to continue. But I get excited every time I talk to someone new. I can offer new perspectives and experiences from my post-divorce journey. Most of all, I can offer hope.

Reference: What Percentage of Custody Do You Have – State of California

Evolved Dating: Driven in the Non-linear World of Relationships

The Divorce Part You’ll Never Understand: Living Within the Compromise

Dads Are Equal Parents, But Only If They Step Up to the Challenge