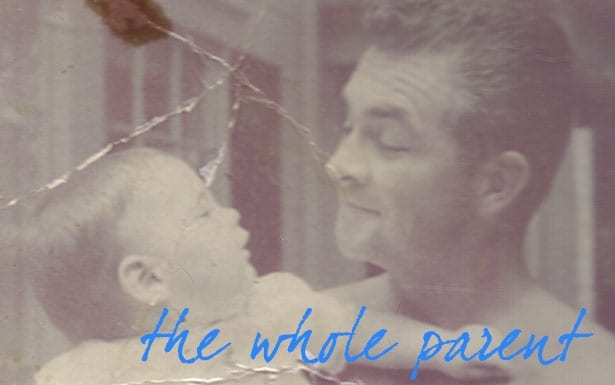 My father was an alcoholic and it broke my family in two. And over the course of his short life (he died at 55) I struggled to gain, or regain, some form of relationship with my father. He left and struggled to win me in the divorce between my 5th and 7th years. It was a very unhappy time for all.

I stayed with my mother. And over the course of the next years, until he died, my father attempted to win me over with offers of a “room above the garage” that was never built, and other opportunities to come live with him and his new wife. I never accepted his offer, but I did continue trying to establish some connection with him.

We didn’t see eye to eye. I remember one evening in the hot Texas Summer, I had run up the mile-long hill to my dad’s castle-like house on the hill to have dinner with him. My first year of college was done and I was excited to tell him about my writing.

“I don’t understand what you’re going to do with an English degree.”

He had ideas for me. If I would get a medical degree as well as a law degree I could be a medical-legal lawyer. You see, money was quite important to my father. And fortunately for us, then and even now, he made a significant amount of money during his lifetime. He was certain that I could make a lot of money with two advanced degrees.

I wrote stories and poems. And I shared or tried to share them with my father. He simply didn’t understand what I was trying to say. But more importantly, he didn’t understand how my writing was preparing me for the future. And he was right. Being an English major did not point too directly towards a career. But I’m glad I didn’t follow in his footsteps or take his advice on the 12+ college degree plan he had in mind.

A major turn in our relationship occurred when I was in my 20th year. My dad had his third major heart attack. And within weeks of returning home from the hospital, he was diagnosed with brain cancer. The restored blood flow had caused his melanoma to bloom. It was a horrific moment for all of us. He never quite got over the shock. “How could lightning strike twice in the same place, in my life.”

Over the last nine months of my father’s life, he was forced to sober up because the chemo caused him to get radically ill when he drank. For the first time in my just beginning twenties, my father came to his senses. We didn’t have much time, but we made up for our loss by spending a lot of time together.

In the last weeks we forgave each other for a lot of our transgressions. I’m sure he never understood my writing, but he did appreciate my presence in his life. It was a sad prodigal moment, and as he died, we were absolved forgiven.

Today there are still a lot of things about my father that I can’t possibly understand. A few of the things I DO understand are things like: stress, the working man’s blues, the sadness of divorce and the loss of your family.

And things that I didn’t understand: how could my father not get his life together after his first heart attack. In my life, after the divorce, there were moments when I was not certain I was going to be able to survive. And at once I understood a deep sadness, perhaps the deep sadness that must’ve haunted my father as he struggled to win me back from my mom. I’m sure it didn’t occur to my father that he was trying to buy me, but it came across differently to me. I saw the consequence of his drinking every time I was with him and his new family. I wanted no part of that life. I wanted my dad, but not the alcoholic dad.

As my marriage began to fail, the hauntings of that pain and the little boy ache that was still inside me for my father, literally tore me apart. I was not sure how I would survive the divorce. I was most sad for my son, who I projected my own sadness on, imagining how hard my parents’ divorce had been on me. I was sad for them, both my kids, more than I was sad for myself. And somewhere, deep down inside, I understood for the first time, how my father might have continued drinking and smoking even after his first heart attack. I could understand wanting to blot out the pain with something.

But I didn’t exit my kid’s lives. I didn’t fight their mom to win money or custody. I went easily, sadly into being a divorced dad. The good part is, I survived the depression. I recovered my self-esteem and rebuilt my own life so I could stand strong and proud beside my kids.

Their mom and I have been through some hard times. And we still have disagreements from time to time. But through it all, we’ve always put our kid’s interests above our own. And for that, on this father’s day, I give thanks to my ex-wife and mother of my children.

And as I forgive my father for his loss of control and family, for the divorce, and for not taking care of himself long enough to see me and my kids. Today, I forgive him, but I am also learning to forgive myself for the failure of my marriage.

This father’s day I celebrate my fatherhood, and the father I have become. Different from my father in so many ways, and similar in some ways as well. There are more connections between my father and I then I can understand. But with each year that passes, each father’s day, I get more opportunities to be a better father and understand myself and my kids better.

Learning to be a better father on father’s day, that is my ongoing mantra each year.

image: me and my dad

Young Girls at the Pool: Youth and the Folly of Desire

I Am a Dad’s Rights Advocate: DADI (Dads Against Divorce Inequality)