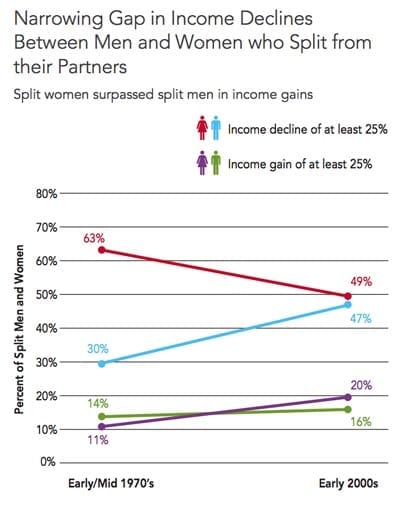 Income inequity is a problem. Even if the “American Dream” path is pursued, like in my marriage, where I worked a string of ascending corporate jobs in an effort to afford the stay-at-home-mom lifestyle while maintaining a residence in the really good school district. We agreed on the temporary imbalance, as we wanted our kids to have their mom at home to enjoy the pre-school years as well as meeting the bus later, as they started elementary school. 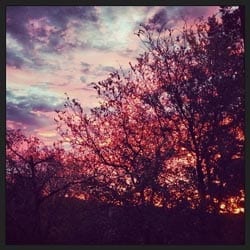 And while I was the primary bread-winner, and waved happily to my family as I left on my hour commute to the corporate mothership, I was a little more ragged each day as I returned around 7:30. NPR on the radio was nice to hear each day, to take my mind off the psychic and physical damage I was incurring, but when All Things Considered came on for the second time, I knew I’d been in my car too long. And if the kids were crying and dinner was not done, I got to feel the deeper pain of my commute. “Was this worth it?” And I’m certain, after being a mom all day, my then-wife, was also a bit burned out with our deal.

What is the modern, aspirational family to do? We soldiered on. We committed further to the plan. I kept growing my responsibilities at the big-gig, and our kids flourished, even as we were paying the high property taxes, years before they would ever benefit from actually attending the schools. Oh well, this was the path we had chosen and the commitment we had made to each other. Mom with the kids, Dad with the job (with health care).

As time wore on, and the kids entered elementary school, we began to readjust the agreement. And my then-wife began working part-time to offset some of the after-school childcare expenses. More soldiering on. To outward appearances, we lived in a nice house in a nice neighborhood, but we were skating the edge of “making it.” It was hard work. And 20-hours of part-time work, with commuting and paying for childcare, really starts feeling to everyone like full-time work. There was no relief that we could see. So we did what we knew how to do, kept going.

Then the 2009 economic collapse happened, and my big-job became a severance package. And on the very next day, my then-wife was also laid off. Even with my “package” things were not going to last long in our deteriorating Shangri-la. We needed to make some changes.

When I look back at the photographs of those years, I can now see how my weight had become a problem and my hair went from salt and pepper to just salt. And things weren’t the best in the marriage either, as we tried to negotiate plans and future options. As these plans didn’t go to plan, our marriage began to develop stress cracks: it was no longer about who was going to work, our problem was how could either of us find enough work to keep the house and keep the kids in their shiny schools.

Over the next year and a half things began to unravel between us and eventually, we divorced. This was definitely not to plan. But it didn’t really make our situation any easier. In fact, the work-life balance issues we had while we were married seemed to magnify as we struggled with the same financial issues, and yet now we were supposed to afford TWO HOUSES. What?

It’s not a surprise that divorce is expensive. But it might have been a bit of a surprise how much more expensive it is. And for the man, now homeless, to re-establish credit and income sufficient to buy a second house while still paying child support and health care… Well, even struggling a bit, I am very grateful that I have been able to put that financial equation together for myself and my kids.

And my ex-wife does not have it any easier: full-time employment with kids, no longer having a supportive and cooperative partner, must be overwhelming. But there’s not even an opportunity to be overwhelmed. You simply soldier on and do what has to be done to support the family and lifestyle. Here’s a chart from a recent study on the economics of divorce.

I’m not sure what else it shows, but what the experience has been on my side is a lot less money after survival expenses are paid. Fortunately, my ex-wife and I are on friendly terms and setbacks and misses have not turned to litigation. In discussing my case with a family attorney, a few weeks ago, it was clear, the majority of his cases are bitterly fought between people who may or may not be hiding money. But what they are doing is using the court system to continue to punish their ex-partners. A blessing for those of us to intend to cooperate in any way with our partners. It’s funny, that even after divorce, the “til death do us part” thing is kind of still in place when it comes to money. And I suppose that continues even as your kids leave home to establish their own lives. My ex-wife and I will still be talking about money.

Even though it can be difficult at times, continuing my role as a supportive and cooperative partner is in the best interest of my kids. It’s really in the best interest for me as well. A happy ex-wife is much better than an angry one. And the more we can keep the lines of cooperative communication open, after divorce, the more flexibility we have when we too need help.

I’m grateful for how my ex-wife has been able to keep our positive parenting agreements even when things don’t go exactly to plan. The most important part is that we’re both trying. And the more UP we can keep our discussions the more UP the response will be when we call in need of a favor.

Refinding Yourself After a Breakup

A Dad’s Path After Divorce Is Hard and Lonely

Divorcing with Kids: The Golden Rule – It’s About Time Not Money