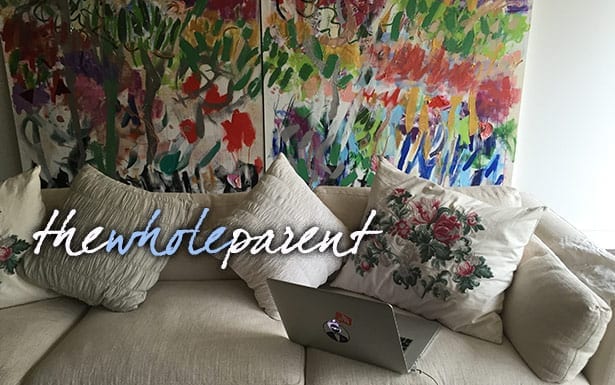 It’s all in your approach to therapy. In our case, we started hitting the couch before we thought there was a deal-breaking problem. We agreed that things were stressful between us and we could use some communication skills to help us work through the hard stuff. Maybe even a moderator while we dug into topics like money, chores, and sex.

Those are the big three. MONEY. CHORES. SEX. And couples therapy can help you unravel the details, but probably won’t fix any of them. Let’s look at them one-by-one.

Either there is enough and you are both negotiating the balance of power, or there’s not enough and you are negotiating who’s going to work more. It’s a hard discussion to have without outside help. Loosely our relationship with money was I would work more she would work less so we could raise the kids with an active parent. For that trade, I would do contribute to the chores, but the lion’s share, during the day, while I was at work, would fall on her to-do list. That was our “spoken” agreement. The reality was a bit more obscure. Often I was being hammered for wanting to nap on the weekend when there were still chores to be done.

MARRIAGE MAXIM: There will always be more chores to be done. Your happiness will be a direct ratio to how okay you are with undone chores. I was okay with them, she was hardly ever okay with them. Money can help, you can hire a maid once a week. But money will not fix the issue. We had a weekly maid and money in the bank and still, I was not doing enough to “help.”

Ah, the root of many arguments and most of the resentment. She always felt she did most of the chores. Even though the spoken agreement tended to validate that premise, it still made her mad. And this imbalance made her mad most of the time. The problem is, she was prone to be mad anyway. She had some kind of built-in “mad chip” on her shoulder. And chores were one of those things. I could be in trouble even before I knew what was wrong. I’d look around the house on a Saturday morning and think, “Things look great.” She would wake up and give me hell. Oh yes, men and women deal with chores very differently. Perhaps that’s part of the Mar and Venus thing.

Sex is the unspoken killer of a marriage. Men typically want more. Women typically want to be bothered about it less. Unless they are in pursuit of a baby, however, then libido takes a back seat to purpose and intention. When my wife wanted a baby we had sex all the time. Once we had the baby, sex became a negotiation. That’s okay until the negotiation becomes so lopsided that you’d rather have sex with yourself then approach your partner. And sex was one of the topics we rarely reached in “couple’s therapy.” Because there were always one hundred other issues, from topics 1 and 2, that I was not doing correctly. It was almost like she chose to inflame the first two issues so we didn’t have to look at the underlying distress: intimacy.

MARRIAGE MAXIM: When sex goes the relationship is not far behind.

Sex with two people who are open and feeling is a magical thing. Sex with only one partner in the “open” mode is a different experience altogether. I always hoped for open sex, but occasionally settled for “whatever” sex. The sex you could take or leave, even after it’s done. “Meh Sex.”

But boring sex is a symptom of some deeper intimacy issues. When a woman is feeling resentful or unheard she will shut down sexual options. It’s her nature. When a man feels unloved and stressed he might turn to sex for affirmation and affection. When the two competing needs don’t match up, the woman becomes used to not having sex and the man becomes more adept at pleasing himself than his wife. Bummer.

Sex is hard to talk about. So talk about it before and after you’re having sex, but don’t try to cover emotional topics or “new ideas” during sex, unless you are prepared for a quick change, reset, or no. The best discussions about sex happen within the post-coital glow, the few hours after sex where you are both still feeling warm and fuzzy.

“I loved it when you rubbed yourself during sex, and I could feel it too.” A pretty racy statement, but great information for better and more mutually pleasurable sex. Still hard to say. But easier to say when you are both feeling optimistic about the relationship and the sex you just had.

Towards the end of my marriage, I believe my wife was navigating us towards divorce rather than reconciliation. She had completely shut down the sex channel of communication. She was angry 95% of the time. And her single word to describe couples therapy was CYNICAL. Yep, she was already dooming the relationship while still agreeing to engage in the negotiations.

As it turns out, we were not in “couple’s” or “marriage therapy.” We were working with a counselor who worked with a system that attempted to get you and your partner communicating on a very clear and simple level. What you attempted to strip away in the therapy were the projections and regrets and simply deal with the present. It worked so well, that over the course of a few weeks my then-wife went to see an attorney to understand her “options.” Now it would’ve been more helpful had she brought that up IN therapy BEFORE going and meeting with the attorney, but she didn’t.

MARRIAGE MAXIM: Couple’s therapy only works if both partners are honest and genuinely want the relationship to continue. If one partner is opting-out there is little hope that a therapist can repair the damage.

Something in our communication was telling her, “It’s over.” So she planned accordingly. Had she wanted to work on the relationship the only honest thing do to would’ve been to bring in the idea, “I’m thinking of seeing an attorney about a divorce,” BEFORE she actually did it.

Once she met with the lawyer, the divorce strategy was planted in her mind. The encouragement from the attorney who wanted the new business might be too hard to resist. The fact that she did it before talking about it in therapy… Well, that says, I’m done, and I’m doing this therapy to help you feel better about what’s going to happen.

The Hero’s Journey of Depression: The Max Powers Story

The Sex Index: Finding It, Getting Good at Getting It On