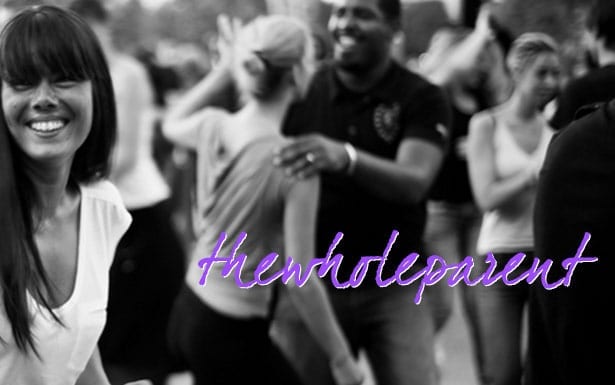 You learn a lot by getting married. You also learn a lot by getting divorced. While I was really ready to exit my first, abusive, marriage, I was also devastated when I actually took the ring off for the first time. The ring I had gotten hand-crafted in Santa Fe while we were vacationing there. The ring that gave me so much pride at first, and then so much sadness. Even as things were really awful between us, admitting I was giving up, I was getting out, was a major defeat. It was an ending and the start of my next learning experience, marriage number two.

This time I had a lot more wisdom. I went into this second marriage with my eyes open and my wits about me. Except that’s not quite accurate. I was still wounded from the previous marriage. I was a bit depressed and disoriented. And I wanted the relationship a bit too much. I wanted *a* relationship. I was hurting, and lonely, and in need. I was not healthy. But I was charming and aggressive and when an old high school friend showed up I was immediately in love. I know you might think the word “lust” but you’d be wrong. She was beautiful. She smiled with an energy that lit up the world. And I was in need of some light. I leapt up and pursued her right out of her “boyfriend.” Then I became her boyfriend and soon her husband.

Except I wasn’t seeing or thinking clearly at the opening of our relationship either. I had learned a lot from my first marriage.

So I was making some changes in my second marriage.

And I was certain I had learned my lesson. I had grown up a lot since my first marriage and divorce. I was still in the middle of replacing a recent job loss, but I felt more stable. I was not really all that healthy at this point either, however. I was so hungry, and so passionate, that I fell head-over-heels in love and overlooked some things that would come back to haunt me.

This time we had kids. We took the fractured equation of our relationship and exponentially expanded the connection. We jumped into the parents’ journey together. And for a while, we thrived. And we thrived even when things were hard. We battled through, side-by-side. We were in this together, in sickness and in health, til… Well, that’s the last part of what I learned.

Death is actually the only thing that will part you if you’ve got kids. Even though we’ve been divorced for over four years, we are still connected at a deep level. We never escape the relationship with our ex-partner when we have kids. My first ex-wife is a distant and silent memory. She used to call from time to time, but the new os on my phone allows me to silence even those attempts to … what, say “Hi?” Odd. And no thanks.

But my second ex-wife is the mother of my children. And as much as I’d like to write her off, I have to deal with her on a regular basis. So you resolve yourself to make things as positive as possible. And you try and celebrate their newfound love, and how “the kids like him.” But it’s not easy. I mean, it’s not easy emotionally. The positive part is the only option.

Negative energy or anger is like drinking poison yourself and hoping it makes the other person sick. You can only control your own thoughts and actions. I’m happy that my ex-wife’s boyfriend is a nice guy. I love that he comes to my daughter’s volleyball games and that she wants to hug him too, before we leave. He’s a gentle soul, and he seems to care deeply for my ex-wife and my kids. That’s good for everyone.

So what did I learn in losing this second marriage that I want to capture to inform, perhaps a third run at being married? (I might consider it, but it would have to be a mutual need.)

The book Love Languages gave me some great insights into what I want next. I am a touch-centered person. I thrive in connection and wither and die in isolation. As things got hard, however, my then-wife’s love language began to forcefully enter the picture as “do something for me.” While we had made this mismatch work for the first 8 years of our marriage, as we grew into parents with school-aged kids, we began to think beyond the parenting role again. We began to think about our lives as individuals and what we wanted as well as what we wanted for our kids.

Things drifted off course for us when the economy took another hit and my high-paying corporate job was eliminated. And even though they had given me a 6-month parachute, with benefits, we began to argue about money almost immediately.

Money is hard. And earning a living, and supporting a household in a nice neighborhood often requires that both parents work. We had tried and been mostly successful at giving her a lot of time “meeting the bus after school.” But as I was let go from the corporate grind, tired and fat, I didn’t really want to just jump back into the next big job. We began to negotiate. And as we found agreements and disagreements about money, and work, and what each of us should do next, we also retreated into our separate love language patterns.

It was sad. I wanted and needed touch to keep me feeling “safe and loved.” She, on the other hand, needed my actions to show how I was going to support her. What I was doing for her became an indication of how much I loved her.

I get it, that women are often the keeper of the home and the hearth of the family. And as things get threatened, the woman is often the voice of reason and caution. This certainly played out in our roles as the money got tight, and we began to look for what needed to happen.

This is where our Love Languages began to kick into high gear. I wanted to be held. I wanted to cuddle and be close, physically. On the other hand, she wanted to build excel spreadsheets and get “clear on the money.” She wanted me to take care of things without her having to ask. She needed me to change and be more responsible. I just needed to be touched.

As the time drew on we got even more entrenched in our requirements. As I asked for more physical closeness she asked for more modifications to my actions. She wanted me to be different, more trustworthy, more grown-up. I felt grown-up, but I wanted her to be more loving, more connected. Our two systems of what made us feel loved was way out of balance. Things did not get better.

We started seeing a therapist, but he was helping us communicate. He was not a marriage therapist and took no real investment in whether we stayed together or not. He was just what we needed, in a rational kind of what. But in illuminating our wants and needs, he was also allowing us to see how fundamentally different we had become.

When you start a marriage you have expectations and visions for where you are going together. When you have kids those ideas are massively transformed, and your ideas and requirements for love might change as well. We moved through major transitions before and after having kids. We loved with all our hearts. We counseled, we cooperated, we worked hard to put the puzzle back together again, but something was getting clearer and not just “fixed” by our therapy.

We both wanted something different from what we had become. And in our fundamental way, our love languages hold a nice outline for what broke down. I’ve learned that a touchy-feely partner is essential. My first girlfriend after divorce knew the Love Languages book and self-identified as a touch-centered person as well. Wow. She unlocked a new understanding of what is possible when you have two people who speak the same Love Language.

As much as we wanted to remain in love and grow in love as parents, there were some fundamental shifts that happened in our lives and in our aspirations. What I learned from my first “touch” lover was that my needs for closeness are fundamental to my complete happiness. While I loved my second wife deeply, and still love her as a co-parent, I never felt completely loved by her. Expressing her joy and love for me was not easy for her. I carried a lot of the “touch” energy for the entire family.

Now I know. And my first girlfriend and I are still friends. I will always be thankful to her for giving me a new baseline for what being in love feels like. I believe in love and believe I will get there again. I still have some healing and growth to do, obviously, before meeting my next “love.” But that’s okay, it’s not a race. I’m in no hurry. And I’m enjoying the journey thoroughly.

Tags: Divorce, divorce lessons, divorce stories, divorce whisperer, how my marriage broke down, humans of divorce, love or money, my divorce story, when i knew it was over

The Good Dad’s Divorce: Being Asked to Leave Everything Behind

Followed by the Black Dog (of depression)