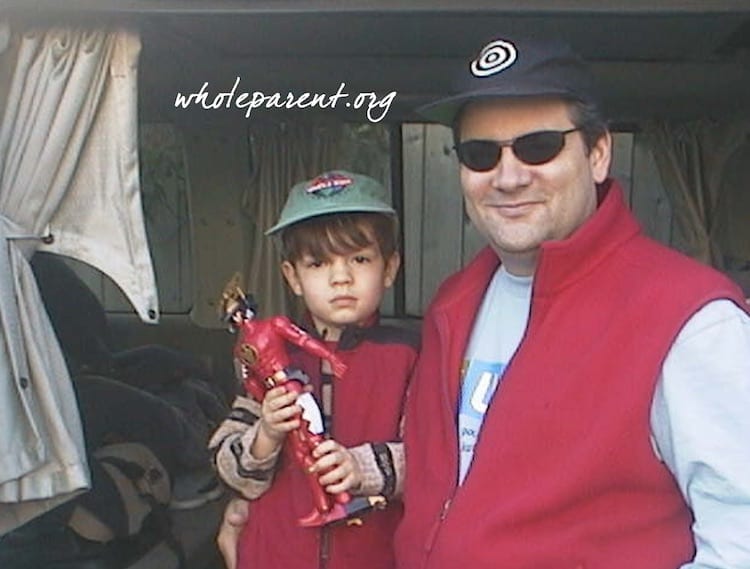 When a couple gets divorce most people, men included, tend to imagine it was the guy who cheated, did something inexcusable, or became mentally or emotionally unstable. This bias against good and faithful men has been ingrained through a lot of historical data, where men were dicks, men cheated or became alcoholics, and then wrecked their marriage and ultimately their family. In most states, dads are given the Standard Possession Order which equates to 30% of their kid’s future lives. And as a part of the Faustian deal, dads also get a substantial child support payment to assist the mom in keeping the family house and making ends meet as a single mom. Zero consideration is given to the dad’s living conditions, ability to pay, or future time with his kids.

In the good old days, when the family guidances were written, dads would often take a divorce as a complete failure and often jettison the kids along with the ex-wife as they moved on in search of greener pastures, younger women without kids, and a future unencumbered by chores and health insurance for all. In my parents’ case, my dad did fight for me in the divorce, but when he lost that aspect, he moved along to a new family and a woman who already had a kid a bit younger than me. My dad sort of started over with a new family. He did attempt to stay in touch, but it was mainly on holidays. Our weekly visits (dinner) became too hard for both of us, as he drank heavily with his new wife and often grew morose or angry during the course of dinner.

Some dads, today, still approach divorce like a get out of jail card. They have to pay for the release. But it is not uncommon for dads to abandon their children after divorce, even if they continue to pay the child support. The family laws we are still using as guides today are written with the escaping dad in mind. For those of us dads (the majority, in my understanding) who want to stay as connected as possible to our kids, the courts do not offer any easy solutions. The only way to achieve 50/50 custody and 50/50 shared parenting is to sue for it. In many cases, the divorcing wife simply takes the advice the lawyers give her and “goes for the deal.” In some cases, the wife goes for it to punish the dad for whatever transgressions have occurred according to her world view.

It is unfortunate that the states make parents fight if they want to go for 50/50 custody and 50/50 shared parenting. But there’s a dirty little secret that keeps this bias against men in place and as strong as ever, today. It’s called Title IV-D. And what Title IV-D says is that for every dollar a state’s attorney general’s office collects in child support they receive federal funding to pay and grow their department. In fact, more than 60% of the staff in the attorney general’s office in Texas is working on child support collections and enforcement. That’s what my wife called it, enforcement.

If a couple believes that they are ready to have children, it is my belief that they need to also agree to 50/50 parenting. I have written The Pre-Natal Agreement for this very reason. Let’s talk, as a couple, BEFORE WE HAVE KIDS, and agree that we’re going to parent 50/50 forever. Even if our marriage dies, we’re going to respect and honor the other parent and their 50% contribution to all future parenting and all future financial obligations. It is my hope that this document is not used as a legal instrument, but more of a spiritual vow, much like marriage vows. That’s why the agreement is so simple.

And here is the complete agreement.

The Pre-Natal Agreement (from The Whole Parent)

My family attorney friend said, “You know this is going to be argued in court.” Yes, of course, that is true. This is more of a spiritually binding agreement. As your marriage vows hold sacred promises, they too can be broken. This is simply a clear agreement about our parenting roles and responsibilities. There are plenty of cases where 50/50 shared parenting would not be advisable. But the spirit of the agreement is to have the forever parenting discussion as soon as you can. Having kids changes everything about your life. And Pre-Nuptial agreements are common among affluent couples. But we don’t have a guiding document about the children. I hope that this document more common than Pre-Nuptial agreements and more helpful than prenatal vitamins.

My ex-wife and I are happy to have done the heavy lifting in getting divorced and going down the OLD DIVORCE ROAD of moms first dads second.(Well, I can only speak for my happiness, I don’t know about hers.)

Today, I’d like you to consider that both parents are equally important in their kids’ lives. And then I’d like you to promise to act accordingly for the rest of your lives as parents.

As a certified life coach, I’ve been helping men and women find lives after divorce. If you’d like to chat for 30-minutes about your dating/relationship challenges, I always give the first 30-session away for free. LEARN ABOUT COACHING WITH JOHN. There are no obligations to continue. But I get excited every time I talk to someone new. I can offer new perspectives and experiences from my post-divorce journey. Most of all, I can offer hope.

Self-Care and Appreciation: Can I Love All of Myself Right Now?