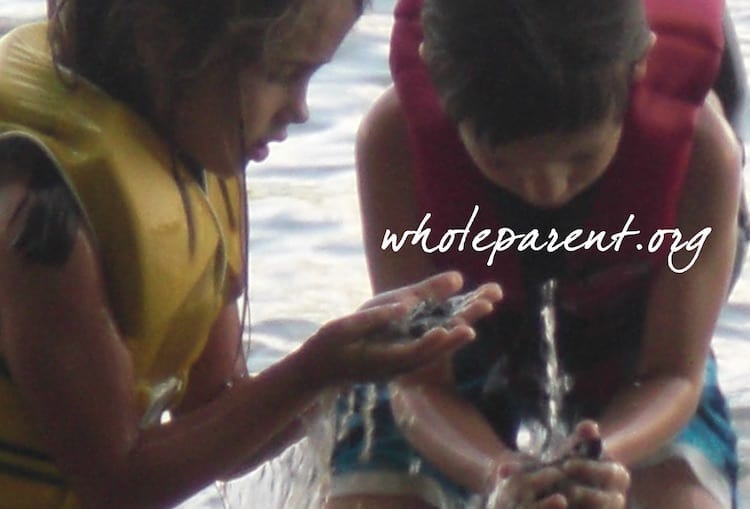 In the history of The Pre-Natal Agreement, there is one person who deserves some credit for being the catalyst. As we marched forward collaboratively towards our divorce, there was a moment of crisis. Even as we had agreed to parent 50/50 until death do us part, and even though we had agreed to not “lawyer up” and fight over the custody and possession schedule of our kids… Even though, we both entered the negotiations in good faith…

The Business of Divorce Wants a Winner and a Loser

In most states across our great country, there is an entire system that is geared to award the moms (80% of the time) with 70% of their kids’ futures and to assign the child support payment to the dad, the non-custodial parent. And this system is supported and funded by US family law statute called Title IV-D. In today’s divorce world there is already a bias against dads. And the entire system is funded by federal dollars that provide incentives for the AG’s Office to assign and enforce child support. Here’s the language from our US Family Code:

Sec. 201.107. STATE AND FEDERAL FUNDS. (a) The office of court administration may contract with the Title IV-D agency for available state and federal funds under Title IV-D and may employ personnel needed to implement and administer this subchapter. An associate judge, a court monitor for each associate judge, and other personnel appointed under this subchapter are state employees for all purposes, including accrual of leave time, insurance benefits, retirement benefits, and travel regulations.

(b) The presiding judges of the administrative judicial regions, state agencies, and counties may contract with the Title IV-D agency for available federal funds under Title IV-D to reimburse costs and salaries associated with associate judges, court monitors, and personnel appointed under this subchapter and may also use available state funds and public or private grants.

(c) The presiding judges and the Title IV-D agency shall act and are authorized to take any action necessary to maximize the amount of federal funds available under the Title IV-D program.

This is the family code in my state today, where over 60% of the entire Attorney General’s budget is spent collecting and enforcing child support. And lest you think that just means there are a ton of deadbeat dads, let me give you a bit of information. Most dads want to be in their kids’ lives as much as possible, before and after divorce. (Of course, that’s not how it always works, and there are plenty of “old school machismo dads who want to parent as little as possible, but we’re not talking about them.)

As my wife and I entered into the discussions of our relationship we knew early on that we were in the “childbearing” years. Both of us wanted kids. And the relationship that we established with each other might have been a little too laser-focused on getting pregnant and having kids, but that’s a different story. We agreed at that moment, to join 100% in the process and to share all of the duties, responsibilities, and challenges ahead, for all of us. Forever. Neither of us would’ve agreed to a 70/30 split in those responsibilities. In effect, my ex-wife was one half of the original pre-natal agreement. The one we spoke about but did not fully comprehend.

And as may happen for many parents (I think the national average is about 41% for first marriages) there were problems along the journey that led us to the negotiations about how we were going to split our finances and our time with our two children, then 5 and 7. And we hummed along through the collaborative process in good faith and with tears and hugs all around. We loved our kids. And we vowed to continue to respect and love each other even as we launched two separate single-parent families.

In this process, I was the good dad. I tried to give her everything she asked for in the early negotiations. I tried to believe everyone talking about “in the best interest of the children” even when things didn’t go as I had hoped they would go. But at the final moment, as we were nearing the drafting process on our divorce decree, my still-wife pulled an inexcusable and selfish move.

She refused to agree to a 50/50 parenting schedule. She knew from her legal counsel that if I fought her for custody she had an 80% chance of winning the custodial role and the winning side of the Standard Possession Order. She called “checkmate” even as we were collaborating about how to split up Christmas and Thanksgiving. And in that split second, I believe, she put her self-interests over the interests of the children. In that moment, she awarded herself 70% of the time with the kids. She made a declarative statement, supported by the family law precedents, that moms were more important and deserved more parenting time with the kids.

The Weight Is a Gift

The heavy moment nearly crushed me. My faculties failed me as I cried in the divorce therapist’s office. I knew I was not going to lawyer up now, at the ninth hour. I knew I was going to lose the majority of my time with my kids for the rest of their lives. And I have struggled with varying degrees of sadness and depression in the nine years since I was handed the “1st, 3rd, and 5th” weekends with my two kids.

And as I was discussing this amazing journey with a friend, she said, “You went through all that pain so that you could give something back like this idea.” My friend had been on the mom-side of trying to do a fair divorce with a dad that took her to court and fought to win custody and an imbalanced schedule against her. “All that weight has been a gift that transformed you. Your writing. Your books. And now this agreement. You should thank her.”

Thanking the Woman Who Started It All

She’s right. I have my ex-wife to thank for the pain and regrowth I’ve experienced since our divorce. It was her decision and the guidance of her divorce attorney that led us to the same agreement that most dads get in Texas.

My hope is that from this pain and rebirth, I am able to leave something of lasting value to all the parents (especially dads) who are coming to the parenting journey after me. We may not be able to change the state or federal laws in the near future, but perhaps we can change the conversation about becoming a parent. What I hope The Pre-Natal Agreement becomes is a vow, a prayer, and a spiritual agreement about how we should go about parenting and co-parenting our kids.

It’s going to take a long time for this idea to have an impact. And it may have an impact on one couple and one young family as soon as tomorrow. But today, it’s had an amazing impact on me. As I discussed this idea with my daughter (17) yesterday over dinner, she agreed that she was starved for time with me when she was younger. She didn’t really understand why the divorce had happened, or why the split was so uneven, but it seemed like “that’s just how it was done.”

Here’s to Your Future As a Parent

In the case of cheating, alcoholism, abuse, mental illness, and a host of other failings, there is not a legal binding document that can make those things okay in the possible future of our children. This agreement is not written to predict the future, nor take into account the possible dysfunctional futures that two parents may run into. This agreement was written to ask this essential question:

Don’t you believe you and your co-parent are equally responsible and equally capable to become future parents?

If your answer is no, I think that’s a big question that needs to be answered BEFORE having kids. And if your answer is “moms are better parents than dads,” or “most men suck as parents and providers” then I think my idea of an agreement does not have much to offer you.

I believe a father and a mother should agree to parent 50/50 forever. If things happen and that agreement changes in their future together, at least they started out with their hearts and vows in the right place. This is the same way my ex-wife and I entered the parenting journey. We were 100% committed and fully ready to give our kids all of our attention and love. And we did. Would things have gone differently if we had signed some kind of Pre-Natal Agreement over 18 years ago? I don’t know. But without that written and spoken agreement it must be easier for my ex-wife to still believe she did the right thing in grabbing her 70%.

Right for my ex-wife in her mind. And perhaps not the best for my kids. And yet, here we are. I have written the agreement for you, future parents, in mind. May you find your balance and harmony as parents for the duration of your lives. And should your marriage fail at some point, I hope you honor your agreement to let the dad do his 50% for the benefit of the kids. In my mind, moms and dads have the potential to be equally loving and equally responsible parents. My daughter, yesterday, agreed with me.

You can find additional information and discussion of this groundbreaking agreement here:

Tags: becoming a single dad, becoming a single mom, becoming a single-parent, business of divorce, divorce zero, Divorcing the Good Dad, Here's to Your Future As a Parent, how the pre-natal agreement was created, non-custodial parent, responsible parenting, responsible separation, standard possession order, Texas Family Code § 201.107, the AGs office, The Business of Divorce Wants a Winner and a Loser, Title IV-D program, what it takes to divorce a good man

Back to School Challenges as a Divorced Dad

Planning for Drama-free Holidays as a Single Parent

What Kills Marriages? Top Five Fails According to a Divorce Attorney