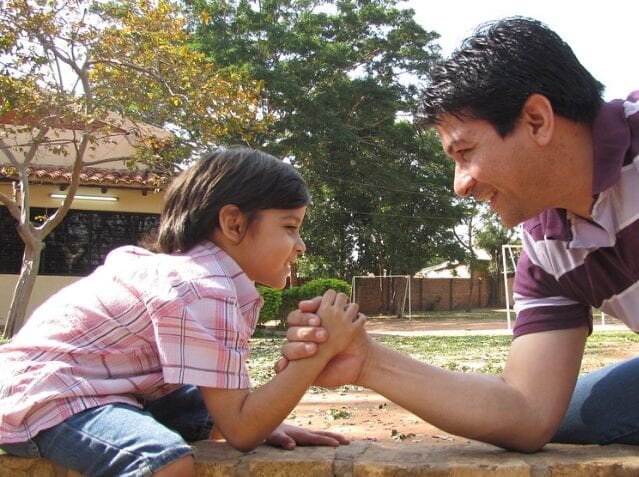 My dad died when I was 21 years old. I was a freshman in college. And the loss nearly took me out too. While our relationship had been tumultuous, losing the opportunity to connect with him, forever, was devastating. The real story is, however, that I lost my dad when I was about six years old. My mom tells the story that she told him he could choose to continue drinking and lose his family, or he could stop drinking. I’m not 100% sure it went down that clearly, but I am sure of the fact that my father was an alcoholic.

He exited my life in a big way when he moved out of the house. Even before his divorce was final he was remarrying another alcoholic and the slide down into darkness was as swift as it was complete. I have no idea what his new wife felt about his kids, but it was clear that neither of them cared about their kids as much as they cared about partying together. I recall this period as one of estrangement. I could no longer get close to my dad. He was either drunk lamenting his divorce or drunk celebrating his newfound love. But there was not a lot of love to go around. The love was for the bottle. I know it sounds cliché, but it’s more truth than myth.

What my dad missed from my 6’s on was everything. I was a star tennis player (as my dad was a tennis player) but he never hit with me. I was a successful football player but my dad made one game that I can remember, and he brought “her.” I was an awful baseball and basketball player, and today I can see how other kids dads were instrumental in helping them get over the fear and challenge of competitive sports. But my dad was nowhere to be found.

Sure, he was a hard worker. He was a successful doctor. And somehow he kept his schedule and his medical practice even as his vitality was going down the tubes. You’d think after his first heart attack he would start making changes in his life. You’d think. And maybe the second heart attack would really be a wake-up call. But, in fact, my dad had three heart attacks before he was forced to quit drinking and smoking due to the chemotherapy that was required for his cancer treatments.

For the first time in my young life, from age 6 on, my dad got sober. It was a glorious and amazingly sad time. As his brain unpickled, he began to speak about “missing so much of your life.” He was dying, and yet he began to understand what he had lost in the 15+ years since the divorce.

I took all the time with him that I could. I spend weekends out at his condo, at the golf course, with him. I even tried to play golf with him, but he was still a tyrant and jerk about losing balls. Well, me losing balls. Him losing balls, no problem. I was satisfied riding in the cart with him and enjoying spending time with him. Even though his body was emaciated, he did his best to enjoy the last year of his life. But the poignancy of the loss was almost too much to bear.

On Sunday as I was about to drive back into town, he said, “I really want to do more of this with you.” We had spent the weekend playing cards, me watching him play golf, and essentially catching up on our lives. The next weekend he was admitted to the hospital for the last time. What glimpse I had of my real dad was short and sweet. He died about three months later, after a protracted withdrawal phase where he couldn’t speak or communicate by more than a squeeze of the hand.

I miss my father. I wish he had been around to see my kids, to know my kids, to enjoy my kids. But not if he had still been drinking. So maybe he did us all a favor, by allowing the alcoholism to cure and then kill him rather than prolong his agony and drunken stupor. I’m pretty pragmatic about drinking these days, I do it some, but more than two beers simply does nothing for me. Why blunt my experience of living.

My father was blunting his experience of loss. In his marriage, he made the wrong decision. He chose to leave and lose the best family he could ever have imagined. And even as he tried to grandiosely celebrate his new wife and newly adopted daughter, the real love of his original family escaped him. Until he was dying. Then we all came rallying to his bedside. All four kids spent the last few months in town, trying our best to be cheerful and supportive, but quietly crying with each other at what we had already lost and what we were losing.

Today I saw a dad and his kid on the baseball field. I wonder if I would’ve been a better baseball player if my dad had not been an alcoholic. I wonder if I could have played first string basketball if I’d had someone to shoot hoops with. As it was, I was left to playing horse in the driveway by myself. My mom tried, but she wasn’t all that sporty.

Dad’s fulfill a vital role in our lives. When that role is limited or eliminated the children suffer the consequences. Let’s put the balance back in parenting. And when divorce happens, let’s fight to make 50/50 the norm and not the exception. I don’t think it would’ve made any difference in my father’s case, he didn’t want 50/50, he wanted out, in some respect. But the out he was granted was final and absolute. And until he was dying he drank to keep himself from feeling the loss.

Sex at 110 Miles Per Hour: Red Flags or Rushing Into Bliss?

Modern Courtship Online and Offline: What Do We All Want?

Embracing the Win in My 12-years As a Single Dad