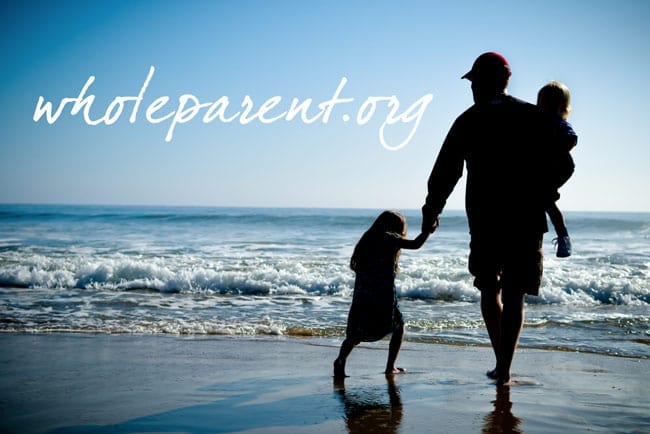 If you’re a dad getting a divorce, you’re likely to have your kids half as much time as their mom. Them’s the unfair breaks of divorce in the US. (It could be worse.) But if you’re willing to do the work, I hear things are getting better for dads who want to go 50/50. That’s what I fought for, but in 2010, I lost. (To be honest, I never went to court about it, we were doing a cooperative divorce and I gave in to the wisdom of the counselor we were meeting with.)

Seven years later, I still miss my kids every night they are not with me. Some nights are better than others. Some nights I have plenty of activities planned and I don’t miss them as much. But the agreement I had with their mom when we decided to have kids was equal parenting. And that’s what we did. Until the divorce, when she decided she could have it all. She met with a lawyer before telling me we were in serious trouble. (I hear this is also often the case, where men are caught unaware.)

I wonder, if we balanced out the divorce picture, and assumed 50/50 and no immediate payday for the mom, would we lessen the number of avoidable divorces? Or is that even a thing? If the divorce was going to happen, should we have tried, should I have tried, to avoid it at all cost? Should I have continued to sublimate my joy and desire in order to keep it together “for the kids?”

Today, looking back, I can easily say, that the divorce was a good thing. It might have been the most painful thing, at the time, but in the end, I have been released to find a better relationship (and I have) and she too has been given a new opportunity for love. And this weekend, while she was getting married, I was trekking on a 7-mile walk around the lake with my fiancé. I have to say, I am glad I was in a relationship before she got remarried, it might have been tougher otherwise. But looking back, today I can see the road ahead is much more optimistic than that final year in my marriage.

Still, the loss of so much of my kid’s lives at that tender age really had an effect on them and me. I can’t really point at anything specifically. But I know the effect my dadless years had on me as a young boy. While my brother can cook anything and fix anything mechanical, because he did those things with our dad, I am a bit of a mama’s boy. If my car needs an oil change I go to the quickie place. If something on the house needs repair, I call someone. I lost the opportunity to learn from my father, those essential, manly, skills.

Sure, I got other skills in place of those dad-skills. And I’m grateful that I missed out of most of my dad’s heavy drinking years. But I’m not so sure that my son wouldn’t have benefited from a bit more time with me. And my daughter, I think she still misses me for being away so much. AND… at that same moment, she’s asking to be gone the entire weekend coming up. My weekend.

Now that my kids are teenagers, we have a different kind of time together. Those kids of 5 and 7 could’ve used my positive and joyous influence. And I could’ve used more weekends on and more days and nights on. And I can be sad about that, or I can move on to what I have.

Under the traditional SPO (standard possession order) the mom gets the kids about twice as much as the dad. That’s just how the court sees the correct order of things. If you want something different, you’re going to have to fight. Even if you start cooperatively, be warned that as emotions heat up, and push comes to shove, you’re going to have to litigate to get to 50/50 parenting, if that’s what you want. The mom doesn’t have to do anything to get the SPO, that’s how the courts will rule unless you fight.

What is an evening with your kids worth? Is there an amount of money or time spent elsewhere that I wouldn’t give to have more time with my kids? Back then, when they were younger things were different. Today, as teenagers with their own agendas and schedules, it’s much harder to get together time with them, even when they are with me. But it doesn’t make it easier.

Recently I’ve been using SnapChat to keep up with them. I’m meeting them where they live. Sure it’s just a picture that says, “I’m here right now, and thinking of you.” But the return messages are always little warm fuzzies. And today my Snaps get responses about twice as often as my texts.

So we learn to adapt. My kids have done fine with only 1/3 of me. I too have survived and begun to thrive. Today I’m not sure I’d opt for 50/50. I’d have to factor in time with my fiancé, and the real role of parenting at this stage, transportation, and food. While I begrudge my ex-wife for fighting me on 50/50, today, as they are older, the win might actually be in my column. Is this bad to say? That I love my time with my kids, but as teenagers, my 1/3 time is enough?

I’ll end with the beginning. I miss my kids every day of every week. As we all adapted to the 1/3 dad schedule we became grooved. Today this is our cadence. And my life has new adventures that don’t involve them. Sort of like an early empty nest. They are going eventually, you might as well begin to build the rest of your life.

That’s sort of what divorce and the brutal reality of the SPO did. I’ve had to build a good portion of my life without my kids. It’s not how I would’ve orchestrated it, but that’s how it happened. Today, we’re all okay with the mix.

Spread the love
Tags: 50/50 co-parenting, an evening with your kids, my divorce blog, single dad blog, surviving divorce, what dads get with divorce, writing about divorce

Focusing On the Other Person is a Trap