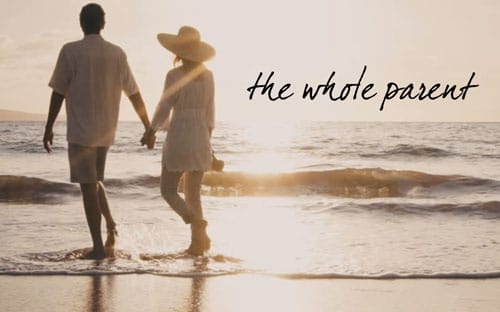 This is about my family of origin, and my willingness to try and out-grow, out-love, out-inspire, some deep wounding in the other person. I don’t look for the wounded person, but when I find them, I should run like hell. I need a whole person for my whole person.

I don’t know what I need. I don’t know what kind of woman, or what a healthy relationship really looks like. I mean, I’ve read books. I’ve imagined. I’ve written posts and poetry about it until I’ve created my own surreal ideal. But I am clear, I have no idea what I’m talking about.

And since my divorce, I’ve had ONE connection. A few relationships, but one connection that lifted all of my hopes and ideas. And from this wonderful infusion of energy and hope, I constructed pyramids and offerings to the gods of love. Because there was something, some little glimmer, that really turned me on about this woman.

I guess I can say this now because it’s gone. Her fears and objections have finally won out over my optimism, regeneration, and attempts to repair the breakups that kept happening. Okay, so that was a clue that something was not right between us. And the further I launched into “being okay” with her constantly not being okay, the more I moved away from my core truth. The flow has to go both ways.

And how did I get fooled into thinking a woman, who had done very little “work” on herself post-divorce, was going to heal in my light of love. What a crock. The work ahead for her is for herself alone. And unfortunately, now we both get to move on alone and heal without the rubbing and joy that our “relationship” was causing. The joy was apparent in both of us. The chemistry was hot. The sex… Well, I’ll use discretion and not talk about that.

Coming out of a failed marriage, both partners often feel damaged and depressed. In my case, I was certain that I would never love again. Of course, that was my depression talking, but when you are Sad, you can get pretty dark. So there’s this concept, from a divorce recovery class I took, called the Healing Relationship.

I was determined not to be this woman’s healing relationship. And I worked hard to make myself as flexible as possible. To recede when she needed space. To not share the poems and inspirations I was feeling about her so that she wouldn’t get freaked out.

But you see, the freakout was the problem. And I was not going to be able to fix it, no matter what I did, or how well I behaved. There would simply be another freakout, regardless of how it started, and we would hit the rocks.

Again, it was more than her fear. It was everything.

She was hungry for affection and love. But she recoiled from what she needed soon after she began getting it. She was overly protective of her son, but that’s what single moms do. She was/is still deeply angry at her ex, and is continuously upset by the dickish-ex he has become. And for sure, he is a dick, both to her, and their son. He has no excuse.

On the other hand, she has no excuse either. And actually, I have no excuse. I have no excuse for continuing a relationship that I could see was full of “holy shit, what’s wrong now” moments. But the chemistry was on. And I had not felt chemistry for a long, long time. I might be addicted to hot chemistry or sex, but not getting either for years and years was a harsh form of torture, for someone like me who thrives on touch.

And we touched, but she pushed me off sometimes. And she told me constantly how we would eventually break up, and she mused occasionally about what it would be that would finally do it.

I must’ve learned in my family of origin, as a little boy, how to repair and attempt resuscitation for bad relationships. I tried and tried to keep my parents together. I excelled at school. I excelled in football and tennis. I was a childhood magician. I worked hard as the mascot or hero-child to keep everyone happy. And when my parents split for the first time, because of my dad’s drinking, I was the one who brought them back together.

I’m not making this up. That’s what I was told, by my alcoholic father. And when the “try” didn’t work and my mom left for Mexico with everyone but me and my dad, I again went into hyper-performance mode to try to make things better. But there was no fixing my dad. And over the next two years, he fought to win me. I think it was more about the money than me, but he liked to tell me he was doing it for me. Of course, he was drunk when he was telling me this, but that didn’t keep it from registering deeply in my 7-year-old heart.

I can’t repair a broken person. No one can. And my first “love” post-divorce was no different. And even as I bucked against the breakups, and saw the signs that this was a deeply wounded person, I was addicted to the … What?

Was I enjoying the suffering? I don’t think so. Was it familiar? Very. Did the dramatic breakups feel familiar? Yep, right out of the last 4 years of my marriage.

But she would not be healed by me or anyone else. She would only recover from her anger and sadness about her divorce, by going through it, in some sort of therapeutic setting. And I was not that path. I didn’t fantasize that I was the healer, but I DID try to be big enough to contain her thrashing against the feelings towards and against me. These feelings were more about her and her ex than anything I brought to the relationship. It’s sad to see it happening. And I was soooooo connected to her physically. But of course, that’s my obsession.

Well, ultimately the book of poems wasn’t enough. Even with the crowning poem being a direct plea to her, or protestation, or warning… it’s hard to tell sometimes. But the poems were definitely me expressing MY wants and HOPES regardless of what I was seeing in her actions.

In recovery of any kind, it is not for us to fix each other. The support is so that we can find our own path to fixing ourselves. And as we find ourselves in relationships with unhealthy people, it’s is our responsibility to do what is best for our health. And trying to be supportive and loving is one of those things we can do. Trying to be loving enough to get them to change, well that’s the trap right there.

So I wanted to change her. No doubt about it. I could say it with a straight face, full-well knowing that I was nuts. I wanted to blow her wide open with stability and love poems and clarity of intention. But… As the story goes, every. single. time. there is no fixing the other person. And the more we work towards or wait for them to change, the further we get from our own integrity.

At the core, it is my healing that is at stake with the break up of this relationship. I felt deeply for the first time since my divorce. I had moments of hope, “wow, this is amazing, she is amazing, we could be amazing.” And then the red flag, more like a red bazooka would blow a hole in my theory of love in the time of recovery.

For someone to be loved they have to love themselves. And that loving cannot come in the form of caring for another person (a child, for example) or by going through it while IN a relationship. No, in my understanding of recovery, in general, the recovery has to take place in the individual, regardless of the support or lack of support in their surroundings.

There was simply no way I could love this woman enough. She was not mine to fix. And I knew this. I still know this. But the pain of losing a “loving feeling” is also hard. I would’ve continued to heal, retry, reset, over and over to keep the physical connection. But I was covering up the disconnection that had nothing to do with me. And that disconnection is what was my own healing that still needed work. I wanted to be loved. I wanted things to be ecstatic. And I was willing to toss my own instincts and knowledge down the tube for a while, in order to feel or not feel this sense of being loved.

I don’t believe we have a soul mate. I believe we have connections. And for me, for a connection to occur there has to be chemistry. But the chemistry, while essential to the growth of a real relationship, is only a small portion of what is required to develop a relationship. And that’s really what I want. I want a relationship. I don’t want a recovery project. I don’t want to fix someone. I want them to come to me healthy, happy, energetic, and done with a good portion of their baggage.

Well, that’s not who struck my heart with a warm glow. But that’s who I now recover from myself, as I return to working my own issues out, again. I have to walk away from my own issues in this relationship, in hopes of being a whole and ready man when the next potential shows up.

Spread the love
Tags: an angry coparent, angry divorce, divorce lessons, failing marriage, how I knew my marriage was over

ME Cycles and Wondermints: Why Is Self-Care So Difficult?