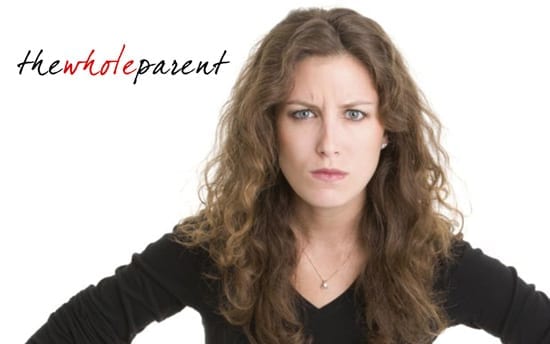 Just when things get good, smooth, and business-like between us…

My kids use my computer and iPad to watch Netflix when they are here. I got the cease and desist text from the ex last night.

We had money issues in my marriage. We have money issues as co-parents. There’s no doubt about it, in our relationship money has played a key role. And not a great role, but perhaps the issue that caused the divorce in the first place. Getting clear about money, and what the cash flow plan is over time might just save your marriage. We did our best, but we didn’t anticipate some of the changes that took place.

Either way, we’re divorced now, with two wonderful kids (14 and 12) and some ongoing conflicts about money. And still, we’re not dealing with it very well. But at least this time, the agreements will be spoken and negotiated in the open. There’s only one big problem.

What Is a Deadbeat Dad?

At some point along the way, I fell behind on my child support payments. I tried to be clear and honest about the situation. I asked for a bit of leeway in how I would repay her. And for whatever reason (I don’t think it’s healthy or helpful to say what another person is thinking) she felt it was in the best interest of the kids to file our decree with the Attorney General’s office. Thus throwing our money issues into the public record and putting me on file as a deadbeat dad in the state of Texas.

Could she have known what consequences her actions would have? I don’t know. Did she think she was protecting the kid’s livelihood? That’s what she said back then when she filed on me the day after she learned that I was discussing bankruptcy in an attempt to keep my house. (Bankruptcy does not clear any child support debt, so that couldn’t have been her motivation.) She had rattled the threat at me for most of the summer as the company I was working for struggled to replace the lost business that caused the issue in the first place. Despite my pleas for compassion and understanding, she tossed me to the lawyers for the state of Texas.

Okay, so that’s several years ago, and I’m still having a hard time not seeing her action as vindictive and bitter. And when I think about asking her if she knew what trouble her actions would cause me, I wake up to realize, once again, it’s not about her. The money might have been a core issue between us, but now the state of Texas is working with us to protect my kid’s lifestyle, to support my wife’s income, and to enforce the financial agreement that I signed six years ago, to provide housing, food, clothing, and insurance for my kids.

I agree 100% that the full amount of the debt is mine. And I attempted to negotiate secured notes with her to get my payments caught up. But once the AG’s office was involved, she would simply say, “I’m sorry. It’s out of my hands. They told me not to talk to you about money.”

It was as if she was throwing up her hands and telling me to talk to the state’s attorneys.

What is a Deadbeat Mom?

Still, six years later, while we are negotiating and navigating co-parenting much better, the scars of the “deadbeat dad” debt still crushes my financial opportunities. Several times I’m certain I was turned down on a new job opportunity right after they checked my credit. Last week I was denied a car loan because of the 27,000 debt to my ex-wife. (That’s not the exact number, but it’s close enough to give you an idea.)

Here’s the deal. I have paid her accordingly based on what I have made in the past six years. In the divorce, I agreed to a much higher amount of income than I have ever achieved post-divorce. Have I been sitting around being lazy or trying to avoid paying her, or hiding money? No. I have been working hard to rebuild my consulting practice as well as looking for full-time work. But the kind of money I used to make at Dell, for example, is available only when everything fits just right. And the big old scarlet DD on my forehead is devastating in the marketplace.

Did she know this would happen? Is she sorry that her knee-jerk action has caused us both so much angst? Again, I don’t know. Am I doing something wrong by not suing her and the state to reduce my child support based on actual earned income? I don’t want to sue her. I don’t want to fight for 50/50 custody. I want to continue with as little conflict in our co-parenting as I tried to maintain in our marriage.

Sometimes hurtful actions have long-standing reverberations that come back to hurt ourselves. I hope that there is a way for us to legally agree to remove the state of Texas from our financial lives. Otherwise the collaborative co-parenting will continue to have this unnecessary financial sting to it. At least for the next 6 years, when my daughter turns 18. I hope she and the state of Texas can see the light long before then.

I am not a deadbeat dad. I have given her a portion of every dollar I have made. And as I strive to make more, I am trying not to reflect on the on-going actions against me by the AGs office. It’s hard, but we’re managing.

back to The Positive Divorce section

Missplaning Divorce: How Women Benefit In an Imbalanced Divorce

Father’s Day As a Single Dad: How Divorce Changed Everything