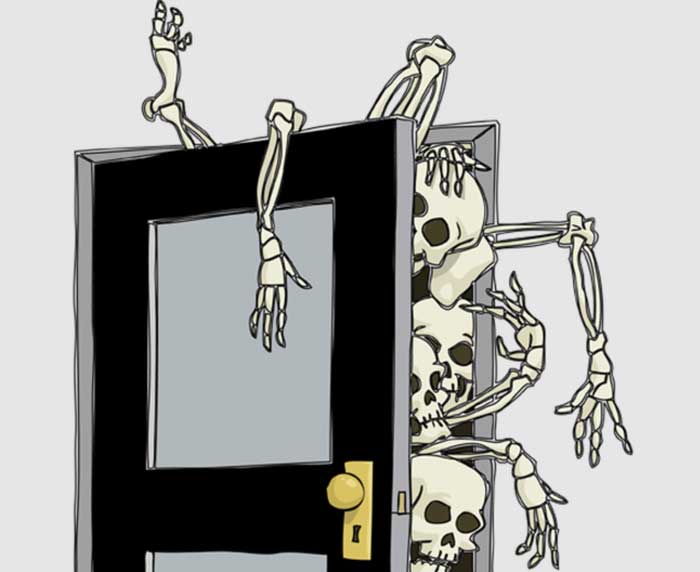 I’m going to illuminate that idea a bit further.

By the time we reach midlife we’ve either

a. dealt with most of our demons or

b. found ways of avoiding dealing with them

Dealing With Your Dragon

As we begin maturing in life, beyond high school and out of our parent’s homes, we learn that LIFE IS NOT FAIR. The rest of our early adulthood is coming to terms with that truth. And it plays out in so many ways.

We are jealous of our neighbors or friends. We are competing with everyone around us for appearance, affluence, “happiness” or the image of it. We think someone else stole the cheese. And we drive ourselves to overwork, overambition, and overproduction, to try and achieve some level of success that makes us feel better.

Today, my focus is very different.

Steve Jobs is a tragic genius character who lived with obsession and anger and died early due to his own arrogance and fear. David Lee Roth is a character of his former self. Steve McQueen is dead and Ali McGraw is still stunningly gorgeous.

I no longer want to be a rockstar, a movie star, or a technical genius. I don’t want to be Elon Musk or Jeff Bezos. I don’t even, really, want a billion dollars. I’m still in the game of life, and I’m still striving for my own ambitious goals, but I’m no longer angry or resentful. I wish Elon Musk would’ve used the 44 Billion dollars he paid for Twitter for some next-level humanitarian project. He could’ve changed the world for the better. Instead, he’s bickering about Tweets and showing his true colors as an Autocrat.

Today I am relatively free of the skeletons of my past. (divorce, depression, longing for a partner, regret about the loss of my kids in the divorce) I say relatively because I do actively write about those things. So, it’s not all GONE. But for the most part, I am not triggered or influenced by the skeltons of my past.

It is hard work to release the skeletons of your past. Regrets, loves lost, failures, and missed opportunities, are some of the skeletons you may still need to address in your closet. Please do the hard work. Get yourself clear of your skeletons.

We need to find and relate to each other in the present moment. Leaving your skeletons in the closet and trying to hide them, will never work. It leads to drug abuse, alcoholism, sex addiction, and neurosis. Purging your skeletons is a better course of action.

Get your skeletons identified and well-scrubbed. Bring them out in the light of day. Work out your fears and frustrations. And then walk free of their unhealthy influence.

We need a partner who is dealing with us in real-time, unfettered by baggage and trauma. And when we unlock a partnership with someone who has done their work, we’re on our way toward building a life together.

It’s important to identify the skeletons in your closet and work on them. Relationships must be skeleton free.

“In the second half of life, people have less power to infatuate you. But they also have much less power to control you or hurt you.”

“God seems to be about turning our loves around and using them toward the great love that is their true object.”

“Your concern is not so much to have what you love anymore, but to love what you have—right now. This is a monumental change from the first half of life, so much so that it is almost the litmus test of whether you are in the second half of life at all.”

“One of the great surprises is that humans come to full consciousness precisely by shadowboxing, facing their own contradictions, and making friends with their own mistakes and failings. People who have had no inner struggles are invariably both superficial and uninteresting. We tend to endure them more than communicate with them, because they have little to communicate.”

“Thomas Merton, the American monk, pointed out that we may spend our whole life climbing the ladder of success, only to find when we get to the top that our ladder is leaning against the wrong wall.”

“Invariably when something upsets you, and you have a strong emotional reaction out of proportion to the moment, your shadow self has just been exposed. So watch for any overreactions or overdenials.”

Single Dad Is Getting Too Close to the Sun: Managing My Moods

Loss, Sadness, and Indifference: Struggles of a Single Dad

How A Male Life Coach Can Provide a Different Perspective

December 10, 2019
Tags: Dealing With Your Dragon, do you have skeletons in your closet, falling upwards, Relationships must be ghost free, Richard Rohr, Setting Your Ghosts Free, The Road Ahead