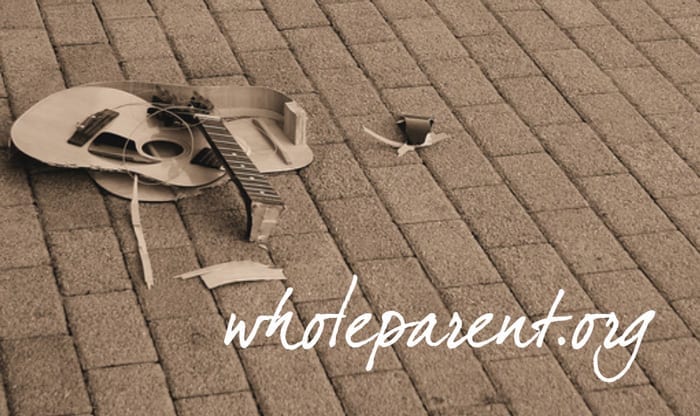 My posts/poems about desire are really about hoping and striving towards “what’s next.”

I had a  friend ping me on Facebook yesterday after reading one of my poems. She said, “They make me so sad for you.” I was surprised. But I can understand how things might come off that way, especially if you are entering The Off Parent from one of the more emotional posts. But I want to be clear, this is a process, and this blog is large enough to contain the anger, the depression, the joy, the thrill of new relationships, and the frustration at dealing with a woman who no longer thinks I’m hot shit. (That’s okay, it’s mutual.) Overall, the picture I am hoping to paint… WAIT. That’s not the idea. I’m not trying to put a bow around the process of divorce. Let’s try again.

I would not want Divorce for ANYONE. That said, my divorce, has become one of the defining and re-defining moments of my life. I would not say I wanted the divorce, or that it was MY idea… BUT… I was starting to stand up for a situation that had become unbearable for me.

The difference between my ex-wife’s perspective and mine was minor. Critical, but minor. In the large scheme of things, I was also demanding a change.

MY PERSPECTIVE: this demand was the only way I had to effect change from within my marriage. I was arguing and demanding answers to some dark questions from the perspective that I WANTED THE MARRIAGE TO CONTINUE.

HER PERSPECTIVE: (somewhat paraphrased, but we went over it a number of times in therapy, so I’m not putting words into her mouth) she was unhappy with the marriage and saw no signs of things changing or getting better, thus it was better for her to move to something different.

The points of leverage changed dramatically when she let me know, in therapy, that she HAD consulted an attorney. I was crushed and panicked, but unsurprised. The anger she had been demonstrating in action and words over the previous 12 months had all but wrecked my positive outlook. And this admission, only revealed by my direct ask, “Have you already been to see a lawyer?” When she said yes, I just about hit the eject button right there. I did the sober thing, and expressed my dismay in a rational manner and left the session feeling absolutely lost about what to do next.

In the process of the next few days, primarily via email, I ranted and demanded she make a decision. She demurred and deflected for a couple of days. But in the end I was asked to leave the house and give her some space, so relief from the stress and tension she and the kids were experiencing. Um, what?

In the end, I refused. It was March. My line, “The process of divorce takes time. There is no hurry. And I’m not going to throw my kid’s lives into this hell before the school year is up. We’ve been living as roommates for a year, we can do it for another two months. We can split sleeping on the couch.”

Somewhere in the back of my mind, in my rapidly crashing heart, I was certain she would see the error of her ways and come back. I knew, however, in my rational mind, that this was not going to happen.

A few sessions before the hammer fell the therapist had asked a pivotal question, “How do you feel about the marriage and this process at this point.”

Her word, and I knew more than I wanted to admit actually how hopeless I was feeling, was “Cynical.”

I think that was the beginning of my revelation into the darkness that now separated the two of us. It was different for each of us. But the pain, sadness, and anger was just a potent for each of us. I like to think I was on the optimist-side of the whole deal, but I was pretty disheartened.

All that said… as water under the bridge…

Today, three years later, I am happy. Alone. But happy. And I won’t pass judgment on her and the boyfriend who has given her strength and steadiness. My daughter likes him. That’s enough for me.

As I cursed, raged, pleaded, and cried at my wife trying to get her to come back to the marriage, I was also certain that I could not do it alone. Two people have to be IN for a marriage to work. So she exited before me. Probably, maybe, that whole year of blinding anger was really her way of trying to help ME exit. But I’m projecting now.

When the agreement was made to divorce I also demanded the right to stay in the house until the kids were out of school. A shitty-hard decision, but I did not want to reenact the gross and bitter divorce struggle of my parents. And it was my argument, even against the therapist, that remaining in the house while the kids finished their 1st and 4th-grade years at elementary school was much better than me leaving the house immediately.

Take heart. It gets better.

And today, I would assure you that my kids are thriving. And while my ex-wife and I don’t communicate much, we have kids who love both of us and are seeing how we can still care about each other while moving in new directions with our lives.

So as I write poems about being “a poet rather than a player” I mean to be happy about it. This journey has taken some amazingly wonderful turns. And the next one is coming right up.

As a certified life coach, I’ve been helping men and women find fulfilling lives after divorce. If you’d like to chat for 30-minutes about your dating/relationship challenges, I always give the first 30-session away for free. LEARN ABOUT COACHING WITH JOHN. There are no obligations to continue. But I get excited every time I talk to someone new. I can offer new perspectives and experiences from my post-divorce journey. Most of all, I can offer hope.

Five Reasons to Slow Your Roll when Dating: Sex and Dating