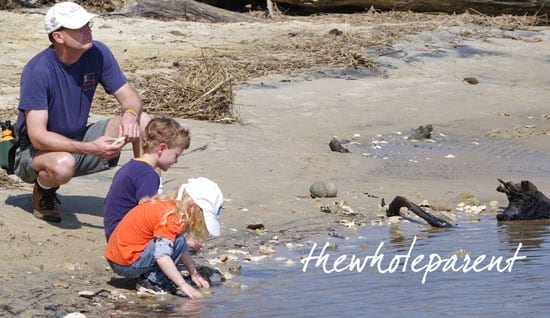 Everyone loses in divorce. But in many ways the dad in the equation typically loses more and much faster than any other member. It doesn’t have to be this way. In my opinion, 50/50 parenting with no child support should be the norm. It’s not what I go, even though I asked for the 50/50 split regardless of the money. That’s not what my then-wife wanted and her lawyer had told her what she’d get if we went to court, so we started negotiations there. It sucked. It was unfair. And as the dad, I lost everything in a single stroke of the pen.

In Texas courts, seven years ago I was handed a divorce I didn’t want with a schedule that was unfair, and a financial burden that continues to make my life very difficult. It’s just the standard deal given to men when divorcing in this state. The mom gets the kids, the house, and the money. Period. You can fight it, and you might win, but that’s going to cost you more money and turn an amicable divorce into a contested divorce.

I took the idea of a collaborative divorce to heart. But in the end there was no collaboration. I lost all my issues. All that “collaborative” meant was that I wasn’t going to sue my soon-to-be-ex during the negotiations of our divorce. That was my mistake. I was trying to be the nice guy, the stand-up dad, the conscious one. And I believe we were both trying to do what was best for the kids, in our own minds. But society has this idea that a mom’s love is more valuable than a father’s love. Maybe 25 years ago, when the man typically worked as the sole breadwinner and the wife was a stay at home mom. You can see how that family system might make sense after divorce as well. But that’s not the financial society we live in today.

If I want to rent a small apartment, one bedroom, no space for my kids to sleep over, I’m going to first have to pay the child support, $1,350 after taxes and their healthcare, $550 after taxes. THEN if I have money left over I can eat and pay for cellphones and gas. And then, if I have a really fucking great job, I have the money left over to think about rent. Whereas my ex-wife got a house with mortgage payments that are significantly lower than my child support payments. How is that balanced? It’s not. There’s nothing fair or balanced about divorce. Dad’s prepare to get screwed or fight for your right both to your kids and to the financial arrangement that is equitable.

It can get worse. Once I got a month behind on my child support, because I had lost a large client in my freelance business, my then-ex filed with the Attorney General’s office to begin proceedings to collect the child support she was owed. Less than 45 days in, she put me in a losing battle with the state’s attorneys who behave like collections agents. Their most fun technique is to freeze your bank account. All outstanding checks and charges bounce and you pay those fees. And you pay for the privilege of having a lien put on your account. The first time it happened I was eating dinner at a restaurant with my kids. My card was declined. I was surprised. I pulled up my phone app and saw that I was $43,645 overdrawn. Luckily my daughter had just been given some cash for an upcoming vacation. I had to borrow money from my 10 yo daughter to pay for dinner. That was pretty humiliating. Of course, I couldn’t tell the kids, “Your mom is the reason this happened.” I had to make up some excuse about a bank error.

And today, seven years later, she’s still got the AG’s jackboot on my throat.  Every day, she wakes up and decides not to call off the AG and resolve the matter between us. Every day she puts my credit and masculinity up on the wall as a “deadbeat father.” And she has made this decision every day now for over five and a half years. We get close to an agreement and she always backs out. We get close to meeting with the AG’s office to reduce my payment, and there’s always a problem with her schedule. For two years I’ve been trying to get her to meet with me so we can set a more reasonable child support payment based on what I make. And she’s stalled every time. “I’m so sorry, I can’t make it.” And I have to ask the AG’s office for another meeting and it goes back to being scheduled six months later.

Divorce is a bitch. There is not two ways about it. But it does not have to be a war. My ex-wife puts me on the losing end of the deal every day. Not because she needs the money. Not because she thinks I won’t pay her. But because it gives her some satisfaction that the AG’s office is ruining my finances until both kids turn 18. Well, if you’re in this situation and just beginning your divorce journey, lawyer up and ask for 50/50 with no child support. You pay for them when you’ve got them and you split the bills. That’s the only fair way to go. I support you in getting time with your kids and a reasonable financial arrangement that doesn’t cripple your future.

More Articles from The Whole Parent:

How A Male Life Coach Can Provide a Different Perspective

Finding My Own Way Alone: “I’m Still Lost and Running”