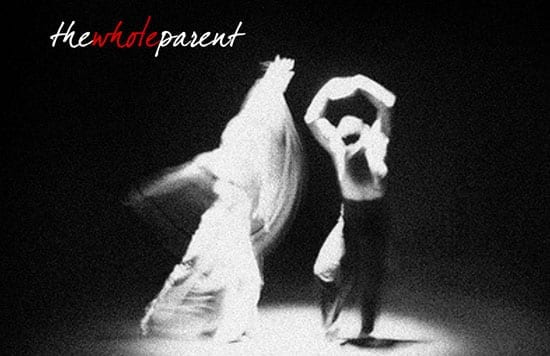 I’ve been thinking a lot about sex lately. Maybe it’s an “absence makes the heart grow fonder” sort of thing or a retrospective retelling. I’m not sure it matters which. But in my meanderings, someone suggested I listen to this TED talk about sex and desire. She seemed to think I might find some answers to things I’d been writing about. Boy, was she right?

The secret to desire in a long-term relationship | Ester Perel

Did you go watch the video? It’s amazing. And if you didn’t, or you simply don’t have the time right now,  here are my quick notes. Paraphrases from Ester Perel’s talk on desire.

“Sex isn’t something to do, sex is a place you go, together and in yourself.”

In her studies, she asked what made a long-term partner attractive again. Here are the typical responses.

There is a big difference between needing someone and desiring them.
“There is no neediness in desire, no caretaking.”

Partners who seem to have vital sex lives later in their relationship also share several traits.

And finally, there are three kinds of love:

And humans have the capacity to love many people at once, in various permutations of these types of love. And somewhere in between that “attachment” and the “lust”, we lose the magic.

Okay, so to apply this new logic to my principle quests here, would be the next logical step for me. How in my marriage did my wife’s “lust” get lost in the “attachment” trap? What parts of our relationship became about survival and not about joy? And why, with a willing partner, did she choose to continue shutting down our sexual connection?

These questions parallel a conversation I’ve been having with a psychologist who deals with couples and sex and divorce. And she wrote a post that caused me to ask her a direct question about my marriage and the loss of our sexual connection. Here’s what she said.

“There are only two healthy choices I see: either work on marriage, including deep look at how you perpetuate the dynamic where a wife doesn’t want sex at all (which is pretty rare- only 11% of marriages sexless which I think def is 10 times or less per year but have to look up), or move on.” Dr. Psych Mom on Facebook.

There was a choice, at some point, that my then-wife made. She chose to believe and inhabit the pattern of exhaustion, loss, overwhelm, depression, anger. And in focusing on those aspects of her own life, she failed to see what was right in front of her. A willing and lustful partner, who also happened to be a long-term attachment. We are all independently responsible for our own happiness. There was nothing I could do, though I tried, to alleviate my wife’s stress, worry, and low-libido.

Again, there’s all this talk recently about how women’s desire begins to degrade over the course of a long-term relationship. Duh! It’s the same for both parties. Sure, sex with a nubile young stranger could be just the tonic your sex life needs, but in a monogamous relationship, those things are not longer available outside of fantasy and pornography. Sure does get the heart racing a bit. So women, are now able to admit, “hey our sexual attraction diminishes over time, even if the guy is awesome and loving and supportive.”

In my marriage, as she headed into a passionless place, I was trying to do everything I could think of to get her back in the mood.  Even if I did all the chores on the list, even if I was making plenty of money, even if she got a good night’s sleep… It didn’t’ matter. She was making a choice away from the marriage, sex was just an early warning indicator. It wasn’t about the sex. It was about her.

Long-term monogamy takes work. It takes a willingness in both partners to work on keeping things open, honest, and a bit spicy. When one partner begins to check-out or begins denying the flow between you, there is very little a solo-enthusiast can do to reconnect the lust. Perhaps it is like a faucet. At some point, she was turned off by me. The stress, the financial trouble, the extra weight I put on while stressing out at the big corporate job. But that corporate job was the thing that gave her so much flexibility and freedom in her work choices. It was killing me, but it was the thing that gave her security.

I can’t put myself in her head. And today, even the words she said or wrote, seem to indicate she was indeed overwhelmed herself. The “attachment” part of our relationship had overwhelmed and overrun the lust part, for her. I say, that, because I was always willing to spark things up for her, whatever or whenever she wanted. But once we had kids, I can count those moments on one hand. She argued often that it was the chores that made her tired. And my lack of responsibility, or how I could ignore a burned out lightbulb for weeks. But something else was in motion.

While I was one of those people who believed in continuing the pursuit of sexual connection, she was no longer willing to go along with the program. She had exited once, several years earlier, via an emotional affair, perhaps now she was planning how to reignite the lust with someone else. A very painful and selfish way to go about rebooting your passion, but those were her choices, and at some point, I had to go along with the decision.

Timing, Money, and Parenting Within the Standard Possession Order

Six Masterclass Lessons on Divorce: Finding a Light After the Loss

The Good Side of Divorce – Making Things Go Easier